Saturday night the Spartans of Ocean Township hosted their neighbors from Shore Regional in a nondivisional Shore Conference basketball game. Ocean dominated the second half and took a 62-30 win.

The first half was very competitive with Ocean taking a 13-7 first-quarter lead on Shore. Jack Miller hit a 3-point shot for Ocean to start the game. Andrew Seager, the big man for the Spartans, scored 10 of his game-high 23 points in that first quarter. He also ended up with eight rebounds.

Shore’s Chris Panduri had four of his game-high nine points in the first quarter. In the second quarter the Blue Devils played their best basketball outscoring Ocean 7-6. Panduri scored five of those points while teammate Ryan Flanagan had the other basket.

However, the second half was all Ocean. They nearly shutout the Devils in the third quarter outscoring them 21-2. Shore did a little better in the final quarter, but Ocean still had them 22-13 taking the 62-30 victory.

Seager was high scorer for the game with his 23 points. Miller finished with 14, and Luke Yates had nine for the Spartans. With the victory Ocean improves to 8-6 overall. They play in the B North division and are currently 4-3 in fourth place out of eight teams.

Shore Regional falls to 5-8 overall with the loss. They compete in the A Central division and are currently sitting in sixth place out of the seven teams.

Panduri was high man for the Devils with nine points. Flanagan finished with five and Kyle Koob scored four. 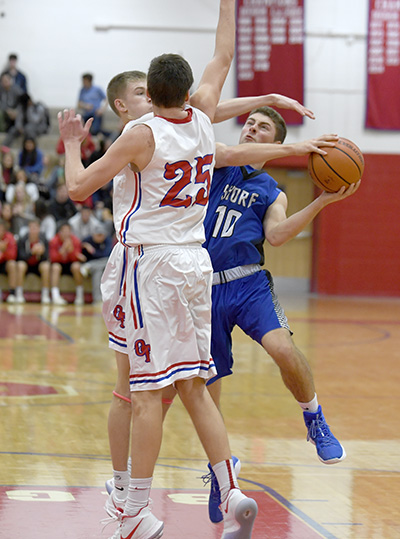 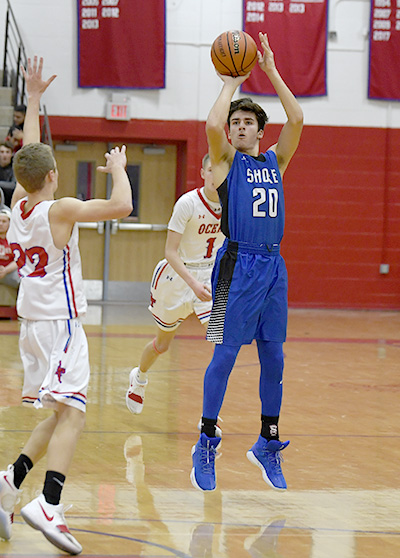 Leading all Blue Devils in scoring during the 62-30 loss to Ocean Township was Chris Panduri (20) of Shore Regional who had nine points. 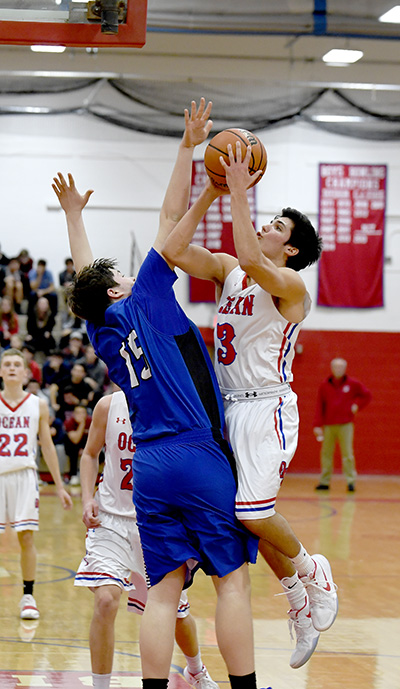 Cutting to the hoop for Ocean Township is David Yatcilla (3) while Ryan Paglia (15) of Shore Regional attempts to stop him. 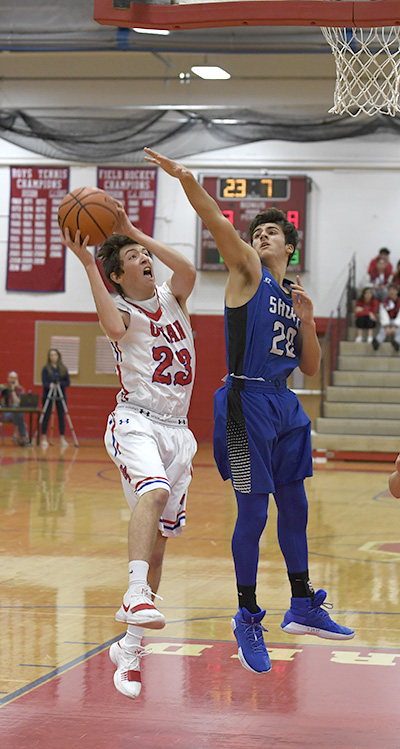 Going up for a basket is Spartan Bobby Reisler (23) while Chris Panduri (20) of Shore Regional goes for the block.