Long Branch — Mayor John Pallone announced this week that he has successfully negotiated with Bank of America to donate its historic main building on Broadway to the city. 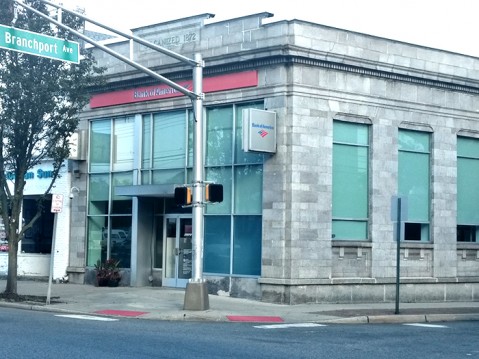 The bank has also agreed to upgrade and expand banking operations at its drive-thru office on Branchport Avenue after they close the main office on Broadway at the end of October.

Pallone said the city plans to use this donated building on Broadway for an expanded economic development office and to launch the Long Branch Art Project.

The mayor explained that Long Branch’s current economic office in downtown Broadway is in a cramped upstairs location that residents rarely visit.

“Once the economic development office is moved to the repurposed bank, our plan is to showcase various programs like the Urban Enterprise Zone,” Pallone said. “The office will be visible and residents can walk in easier. A conference center can be set up for businesses and small groups.

He said that they also want to start the Long Branch Art Project in the historic bank building with exhibits to encourage local artists so that Long Branch becomes a regional focal point in the arts. “It can be an economic engine to draw people to the city for business and tourism,” said Pallone. 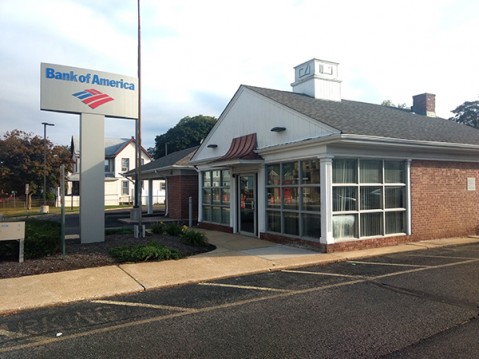 The drive-thru located across the street will remain for ATM

Pallone explained that Bank of America is closing the main building on Broadway because most of their business is conducted electronically, either online or at the drive-thru ATM diagonally across the street on Branchport Avenue.

The drive-thru will remain for ATM purposes but they plan to open up the smaller building next to it for walk-up electronic services in addition to the ATM. The building on Branchport Avenue and the parking lot will be upgraded.

The mayor noted that the main bank building, which will be donated to the city, is in excellent condition.

“The main bank building has a classic stone exterior with high ceilings inside. They don’t build them like this anymore,” Pallone said.