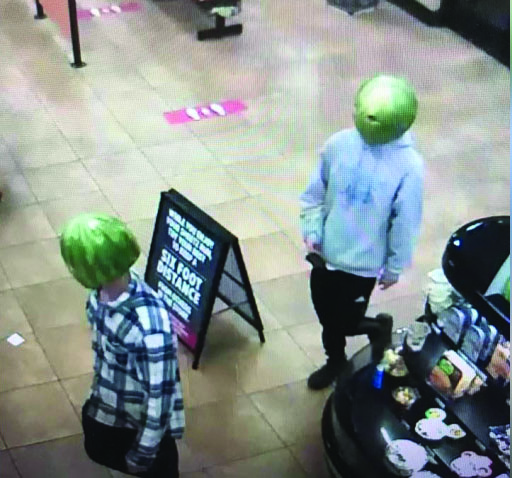 Suspected Shoplifters Wore Watermelons on Heads to Disguise Faces: Police
Two thieves decided to forego face masks and opt instead for watermelons while allegedly stealing from a store in central Virginia, police say.

The suspects arrived at a Sheetz convenience store in Louisa on May 6 wearing hollowed-out watermelons with eye holes.

Louisa police said the suspects then stole undisclosed items from the store before fleeing in a “lifted” 2006 black Toyota Tacoma.