Jewish Women in American Film: From Femme Fatale to Superhero 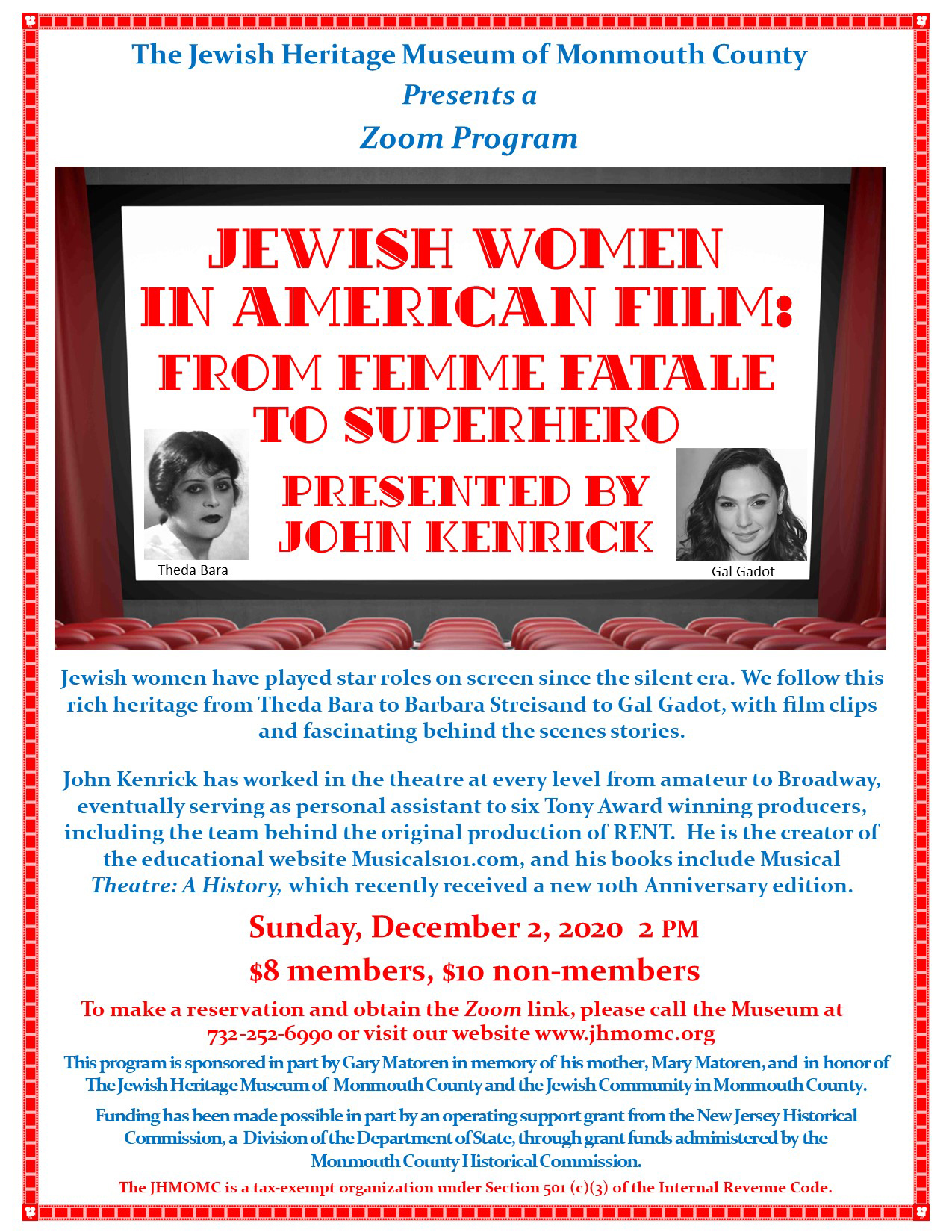 Admission is $10 non-members and $8 members. To make a reservation, please email jhmomc@optonline.net.

Jewish Women in American Film: From Femme Fatale to Superhero – Jewish women have played star roles on screen since the silent era. We follow this rich heritage from Theda Bara to Barbara Streisand to Gal Gadot, with film clips and fascinating behind the scenes stories.

John Kenrick has worked in the theatre at every level from amateur to Broadway, eventually serving as personal assistant to Tony Award winning producers, including the team behind the original production of RENT. He is the creator of the educational website Musicals101.com, and his books include Musical Theatre: A History, which recently received a new 10th Anniversary edition.

This program is sponsored in part by Gary Matoren in memory of his daughter, Debbie Lynn Matoren, and in honor of The Jewish Heritage Museum of Monmouth County and the Jewish Community in Monmouth County.

For more information or to make a donation, call the Museum at 732-252-6990, or visit www.jhmomc.org. The Jewish Heritage Museum is located in the Mounts Corner Shopping  Center, at 310 Mounts Corner Drive Freehold, NJ, at the corner of Route 537 and Wemrock Road (between the CentraState Medical Center and Freehold Raceway Mall). It is on the second floor of the historic Levi Solomon Barn. The JHMOMC is a tax-exempt organization under Section 501 (c)(3) of the Internal Revenue Code. The Museum is handicapped and assisted-listening accessible.