David Cronheim Co., owners of Seaview Towers in Long Branch, has finally started demolition, but at this time only the south tower will be razed. The north tower will follow eventually.     After receiving an ultimatum from the city, David Cronheim Co. finally got their own demolition company to do the job, after the city threatened to performed the demolition themselves and then would put a lien on the property. 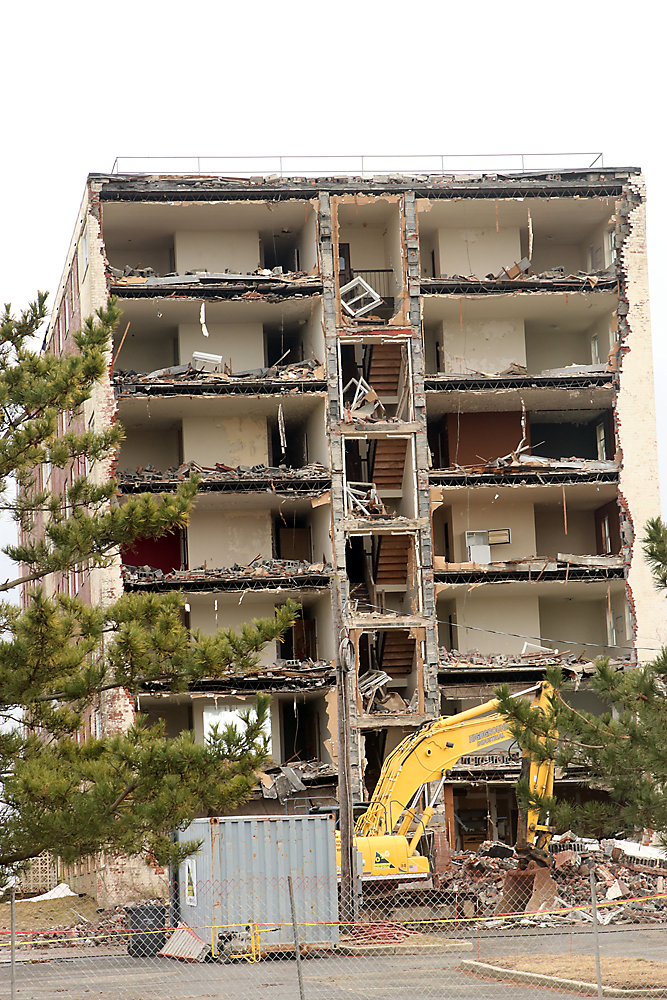 The two buildings were built in 1955 as senior living, but were condemned about 15 years ago and occupants were moved out. The building have been sitting dormant ever since.

William Marlin, built the towers in 1955. His son Howard Marlin was a former chairman of the Long Branch Planning Board. He said he buried a time capsule in the northeast corner. It is also said that the time capsule is marked by a slab of marble with an S etched on it. (This information was taken from comments on Facebooks and from phone calls from different people.)

Hopefully the stone will be removed intact, preserved and the capsule opened.