TENT CITY coming to the Borough of Oceanport 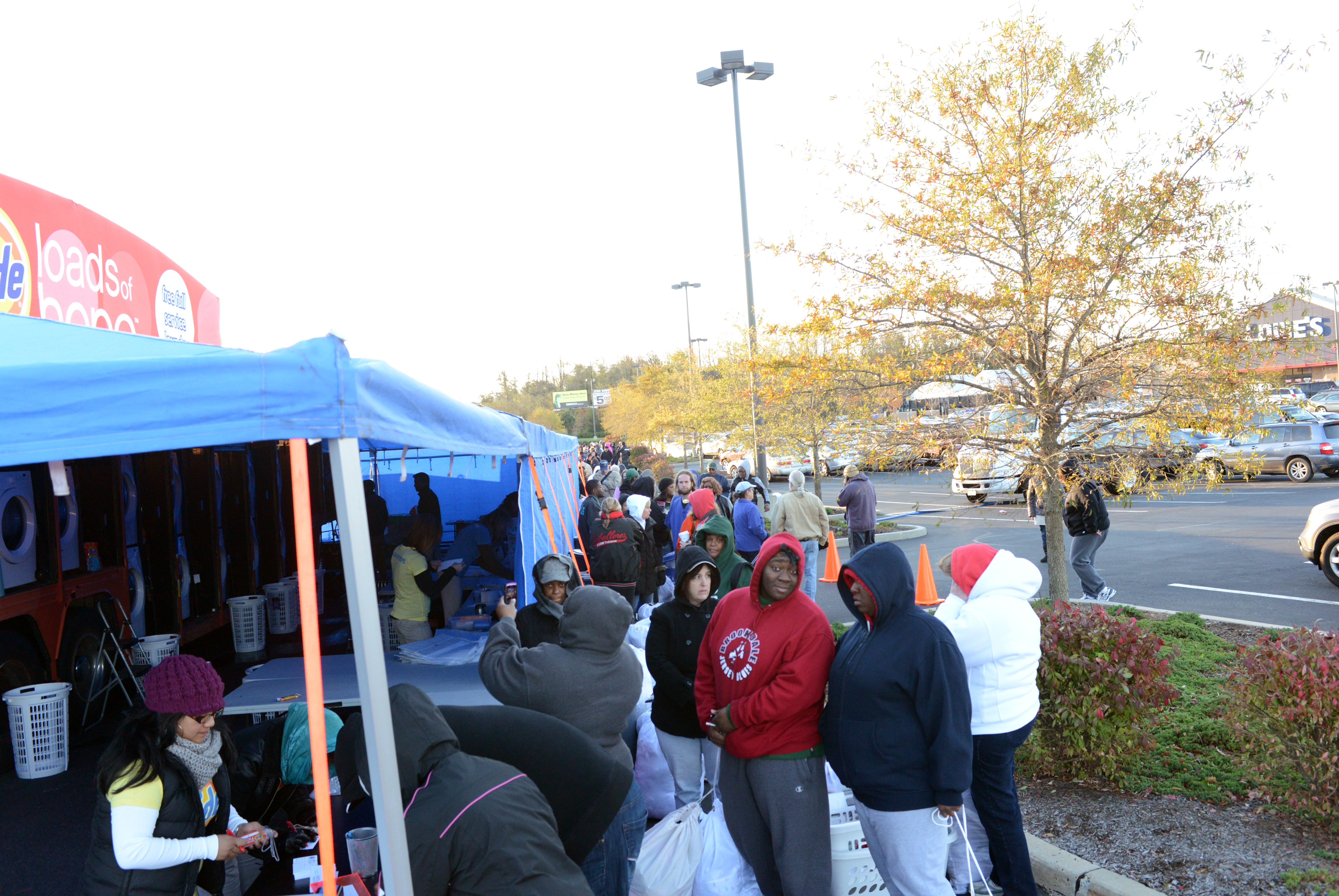 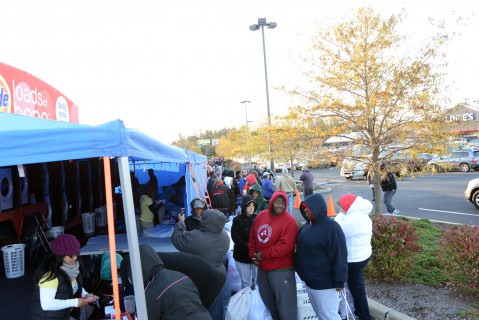 It was the longest line workers have ever seen for opening day. It was not for a Broadway show, or a rock concert, it was a laundry line.

According to a Tide representative in times of disaster people turn to the most basic of human needs and one of those is clean clothes. The Loads of Hope program provides relief by means of a mobile Laundromat to an impacted area. One big truck and a trailer that houses over 32 energy efficient washers and dryers that are capable of cleaning over 400 loads of laundry every day.

“We wash, dry, and fold the clothes for these families for free,” said the company spokesperson. Tide is based in New Hampshire and worked very closely with the American Red Cross to establish a location in Monmouth County that had clear access and the resources needed to maintain the service.

Each family is allowed two 25-pound bags that can be washed each day. A person waits on line is given two white laundry bags and at the registration table. The bags are weighed and the person is given a number and told to return in three hours.

One woman stated that she will only use Tide from this day forward. The first four people on line were from Long Branch and arrived at 5:30 in the morning. People came from as far away as Highlands and Colts Neck.

We hear stories of the devastation and pictures of the oceanfront destroyed but as Terry from Highlands said we are more than a rollercoaster in the water. “I lost everything, my house is completely destroyed. All I had left was a gas grill that I gave to a neighbor,” said Terry. As she wiped tears away from her eyes, she added that this is such a wonderful service provided by Tide.