No identification on dead man at Monmouth Park 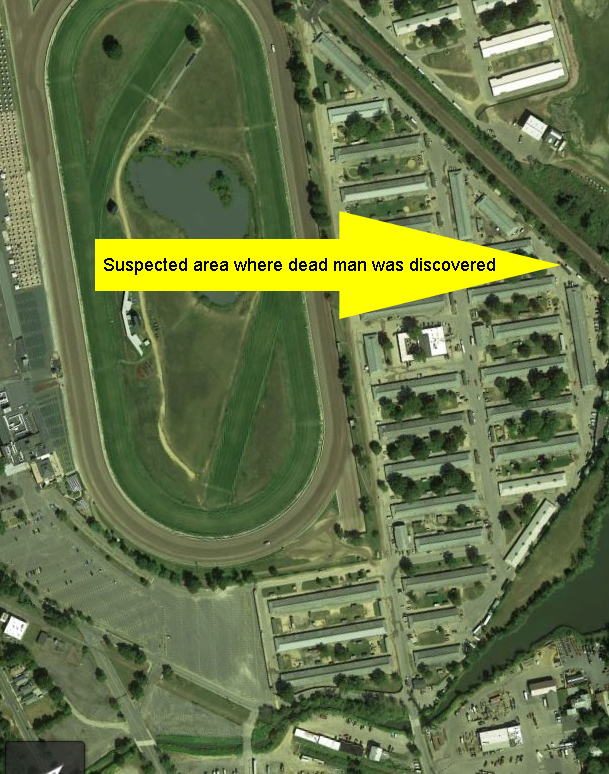 Oceanport – The Link News reported on September 9, that the Monmouth County Prosecutor’s Office and the Oceanport Police Department were investigating what appeared to be a murder in the stable area of Monmouth Park Race Track.

According to reports a Hispanic male was found beaten with possible stab wounds to the chest and throat area near a trash compactor outside barn 31. Charles Webster, spokesperson for the Monmouth County Prosecutor’s Office would not confirm nor deny those reports.

“The best I can tell you right now is that the deceased male was found at Monmouth Park and an investigation is ongoing. An autopsy is scheduled and his identity should be determined at that time,” said Webster on September 10.

During our research of this death several people who work on the backside of the track stated that the victim had worked in the stable area last year and part of this season but was ejected from Monmouth Park for an unknown reason.

Another person told us that there is a hole in the fence that runs along the track property that belongs to New Jersey Transit. According to this person, the rumor was that the victim had snuck back into Monmouth Park through that hole and was living in one of the barns.

One person stated that the victim was beaten with what appeared to be a tree branch or board and had stab wounds and his throat was cut.

As more information becomes available we will update the story.