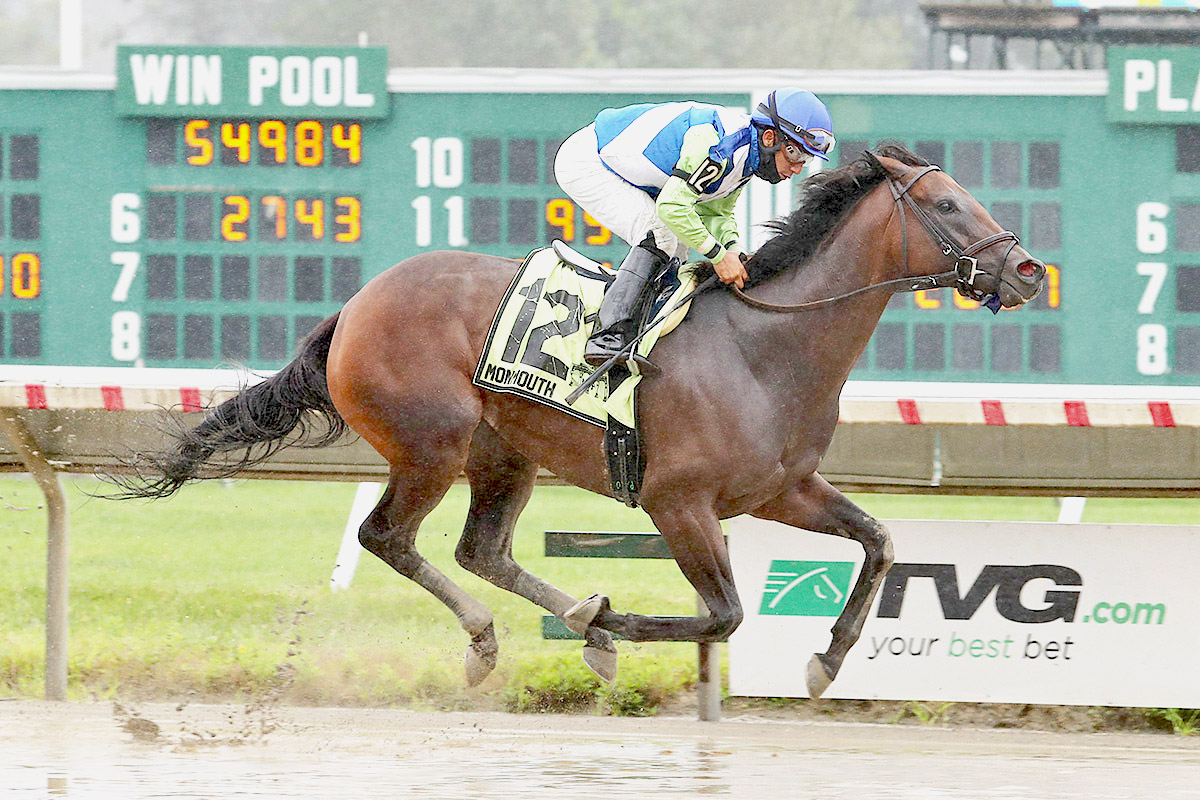 OCEANPORT  – As pleased as trainer Arnaud Delacour was to see Chalon come off the also eligible list when Sunday’s Incredible Revenge Stakes at Monmouth Park was taken off the turf, he wasn’t sure about how his classy mare would respond to a track as sloppy as this one wound up being. 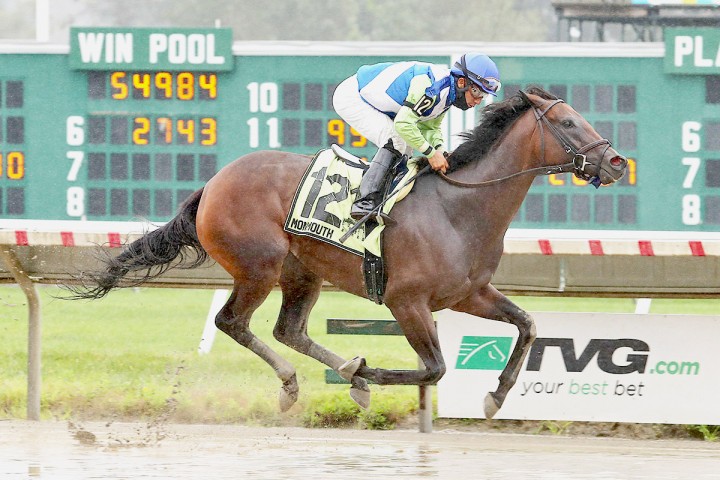 Turns out, Chalon handled that much like she does everything else: With a top-notch effort.

Bolting to the front from the far outside post in the reduced field of five in the 5½-furlong dash, Chalon breezed to a one-length victory over Bronx Beauty, with Delacour now setting his sights on getting an elusive graded stakes victory for the 6-year-old daughter of Dialed In-Fall Fantasy by Menifee.

Chalon, supplemented to the Incredible Revenge, now sports a 9-7-1 line from 21 career starts and inched closer to becoming a millionaire with the $45,000 winner’s share of the $75,000 purse boosting her career earnings to $971,895.

After a rare clunker in her seasonal debut on June 27 at Belmont Park, when she was a badly-beaten sixth, Chalon has now won two straight.

“She’s a really neat mare,” said Delacour. “When we brought her back at Belmont this year she didn’t like the track, it was a little deep, and she was pinched inside. That’s the only time she didn’t fire. But other than that she shows up. I was glad we were able to get into the race after it came off the turf but the question mark was the track. She has never run on a sloppy track. So going in you don’t know.”

Chalon, ridden by Paco Lopez, quickly shook off any early challenges and controlled the race through fractions of :22.74 to the quarter and :46.40 to the half. Final time for the 5½ furlongs was 1:05.32.

“She had a lot of early speed today,” said Lopez. “I normally want to be second or third early with her but she wanted the lead. She was like a bullet today so I just let her go.

“I know her very well. I have won a couple of good races with her but this is the first time she wanted to lead this early. It was a short field and we weren’t sure about the slop so I just let her go. She handled it very well. She’s a nice mare. Very consistent. She tries very hard all the time.”

Though Chalon has been graded stakes-placed multiple times – including a near miss in the 2018 Breeders’ Cup Filly and Mare Sprint, when she was beaten a head in the Grade 1 race — that first graded stakes victory has escaped her so far.

“The hope is we can finally get her a graded stakes win,” said Delacour. “So we will point her to the (Grade 2) Honorable Miss at Saratoga (on Sept. 6).”