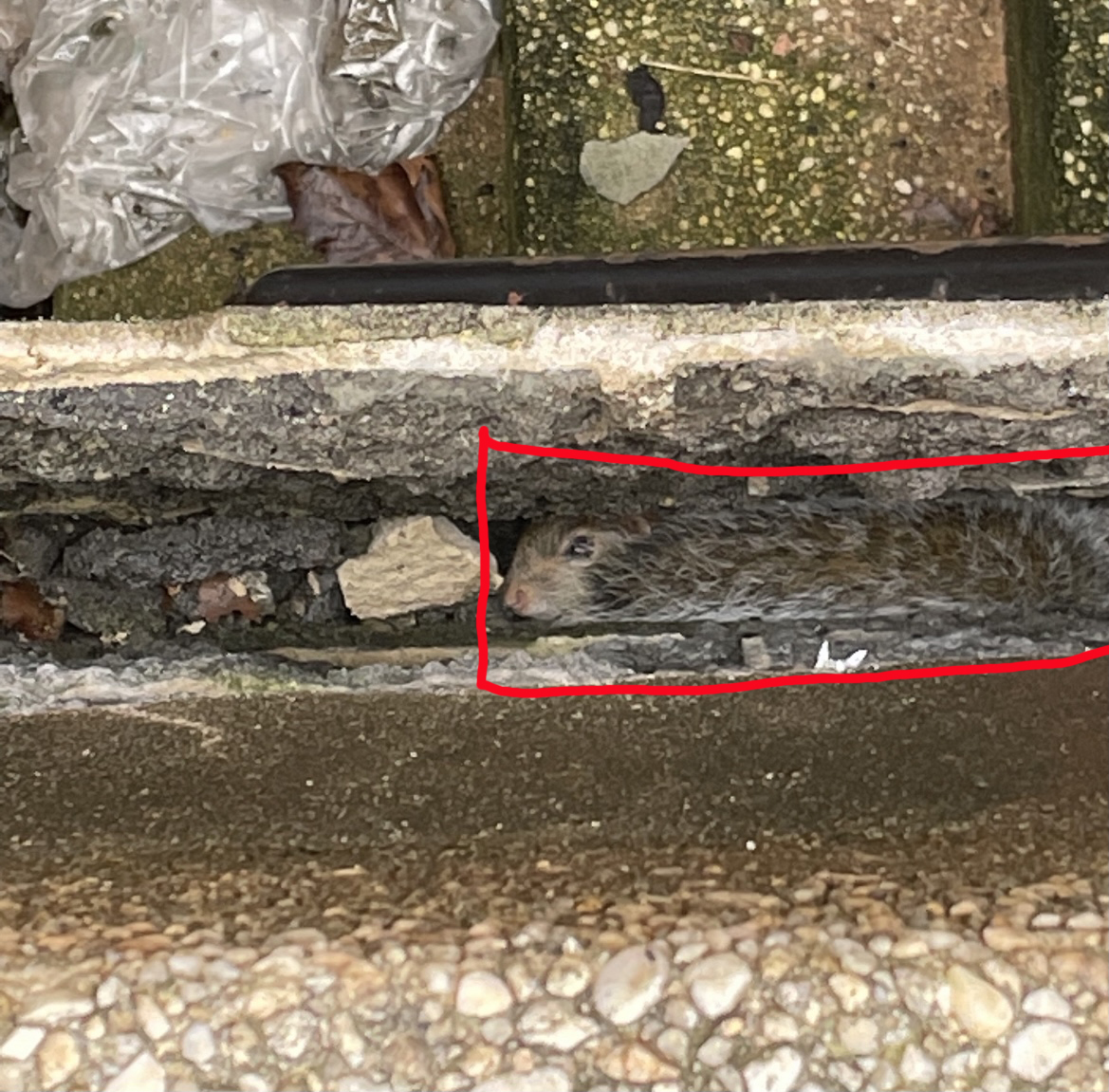 The squirrel outlined in red, can barely be seen while jammed between a cinderblock wall and a thin layer of concrete that was eight feet tall.

On Friday, Kelly Spencer, Manager of Ronald McDonald House on Bath Ave. in Long Branch, noticed a squirrel trapped in  a window of the building.

She called Long Branch Animal Control and Supervisor Debbie Nagel arrived to help free the squirrel. Upon being freed from the window the frightened squirrel jumped into a stairwell located next to the window and became stuck in a space inside a concrete wall. That created an even larger problem.

“I couldn’t reach the squirrel because it was eight feet down, so I called the Long Branch Firefighters Tour 1 Fire Company,” Nagel said. Tour 1 showed up and began to take apart the concrete until the squirrel was able to escape, and unharmed, ran off.

“I really can’t thank the firemen enough for coming,” Nagel said. “They are always ready to help.” 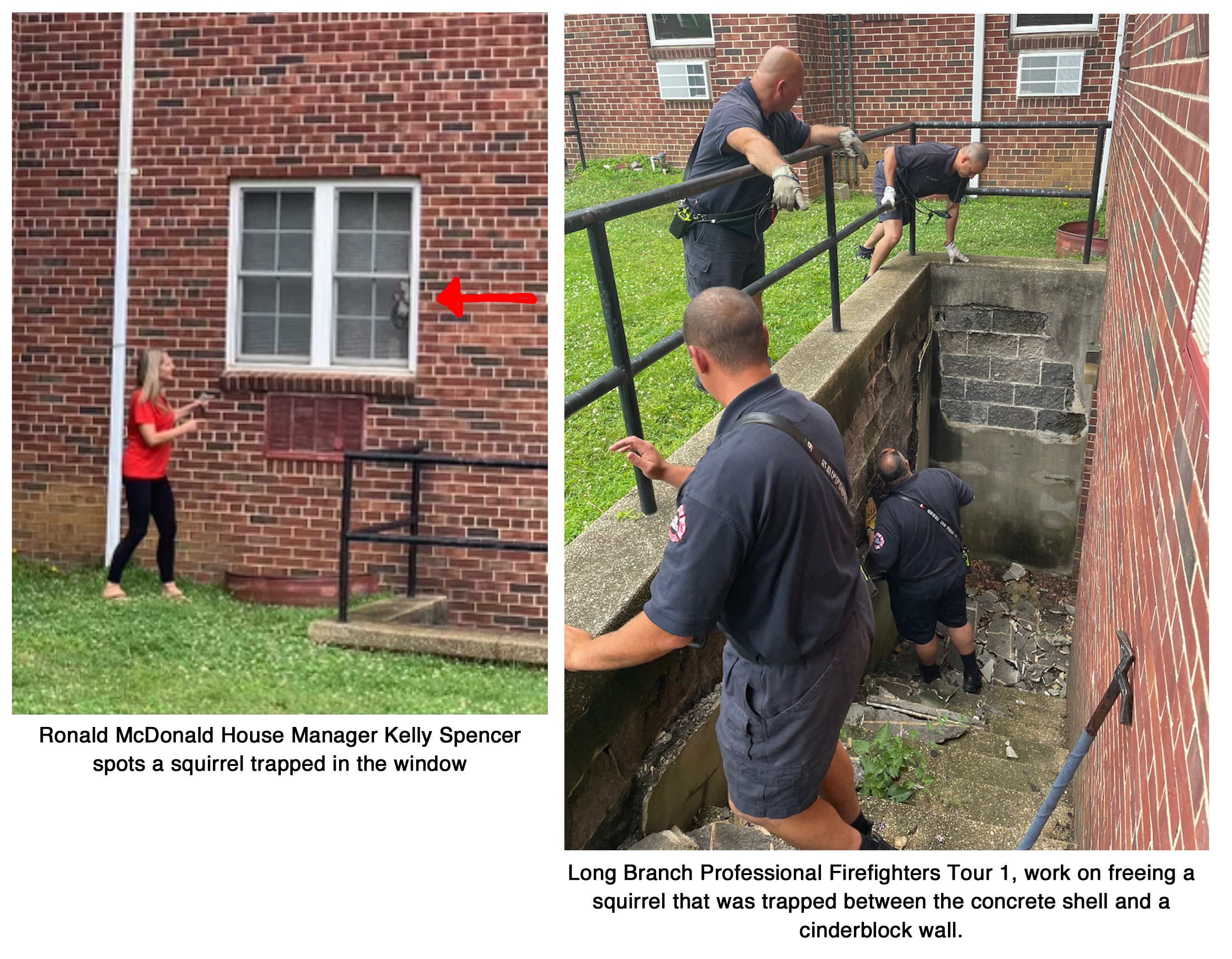