Monmouth Park to use crops allowing 6 strikes per race 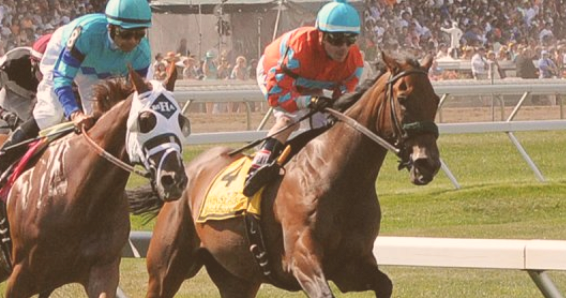 OCEANPORT – Monmouth Park will operate under a crop rule that aligns with House Integrity and Safety Authority (HISA) guidelines starting on opening day, May 7, after the New Jersey Racing Commission voted on Friday to waive the stringent no-crop rule implemented a year ago.

By a vote of 5-1 during a special meeting, the New Jersey Racing Commission approved Monmouth Park’s request for a crop “house rule” that will go into effect from the outset of the 62-day Thoroughbred meet.

HISA crop rules go into effect on July 1 in an effort to create uniform rules nationally for racetracks. With the waiver, Monmouth Park is able to avoid having to start the meet with a no-crop rule before transitioning into the new crop rules two months into the meet.

The “house rules” that were approved for Monmouth Park, like those of HISA, allow six strikes per race, with no more than two in succession before a horse has a chance to respond. There is no limit on underhanded strikes.

“We are grateful to the New Jersey Racing Commission members for giving up their time to hold a special meeting on an issue that is important to the entire industry,” said Dennis Drazin, CEO and Chairman of Darby Development, LLC, operators of Monmouth Park. “The Commission recognized that uniformity on crop rules is paramount to our success and to the integrity of our product.

“The wagering public and our fans will benefit knowing we are once again operating under the same rules as other racetracks.”
Under the old rule that was in place for last year’s Monmouth Park meeting, crops were only allowed to be used for safety reasons.
Enforcement of the new crop rule during live racing will fall to the Monmouth Park racing office and a three-panel committee comprised of racing officials who review each race to ensure compliance.