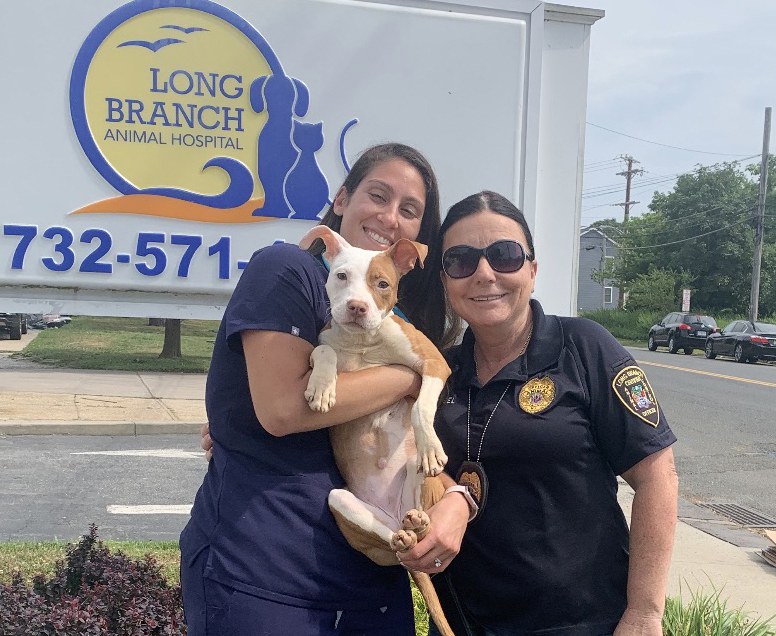 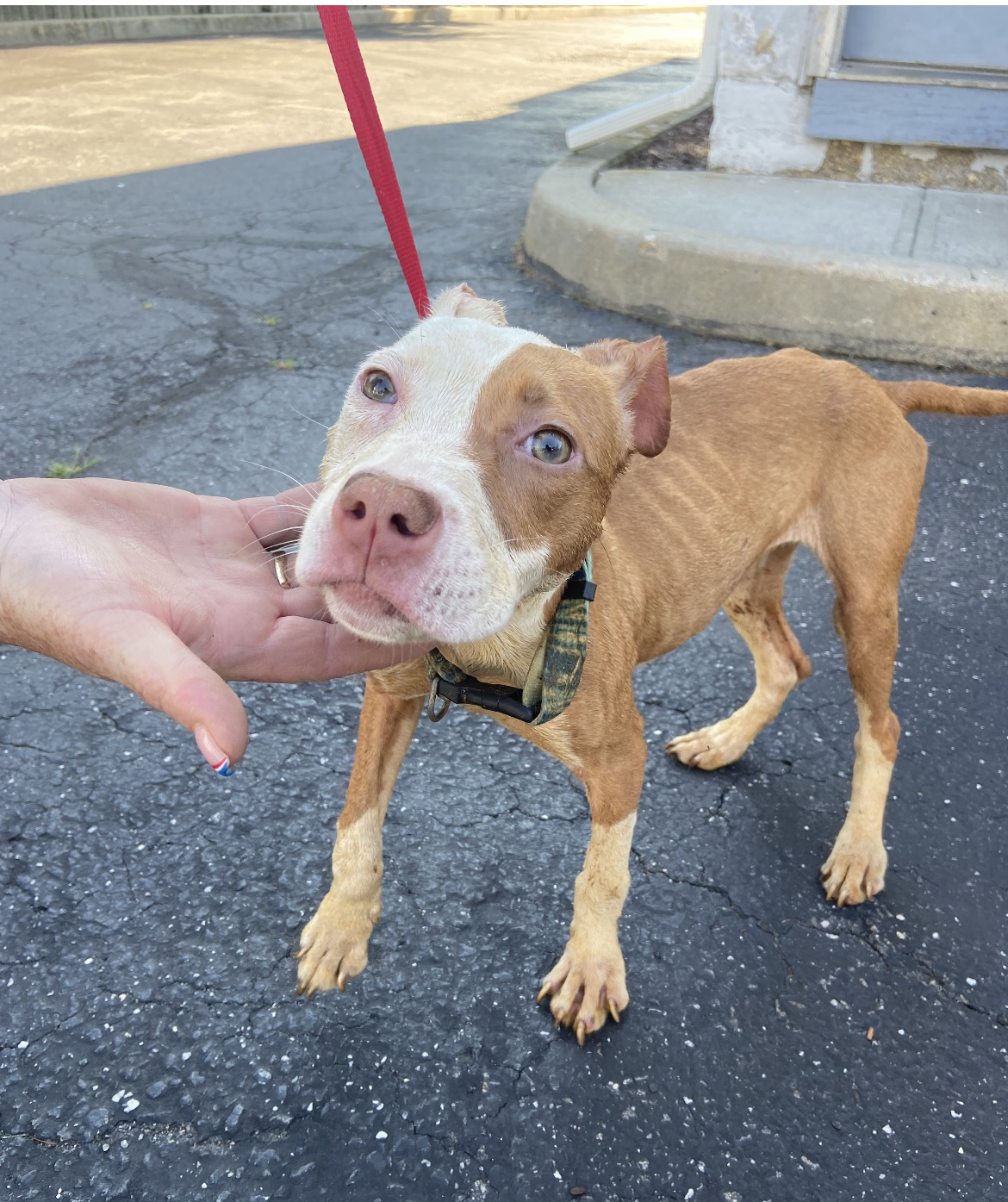 Caramel when it was first picked up is now a happy, healthy pet.

Long Branch – Last week a woman called Animal Control Supervisor Debra Nagel to come pick up a stray dog she had found wandering around North Fifth Avenue off of Broadway. The dog was a six-month-old pit bull puppy that was not in good shape. “I picked up the puppy and it looked as it had been caged.” Debbie said. “She was in such bad shape her bones were sticking out and her feet were raw, but she was a beautiful puppy.

Debbie works closely with Long Branch Det. House, who works on animal cruelty cases. They went house to house to find out if anyone recognized the dog or if they knew who the owner was. No one did.

“We have worked hard in Long Branch to eliminate animal cruelty,” Nagel said. “Years ago there used to be dog-fighting rings in town. There are none now,” she said, “not in Long Branch.” When you talk to Debbie you can tell she takes her job seriously. “Animals can’t speak for themselves. We don’t put up with people who abuse their pets.” 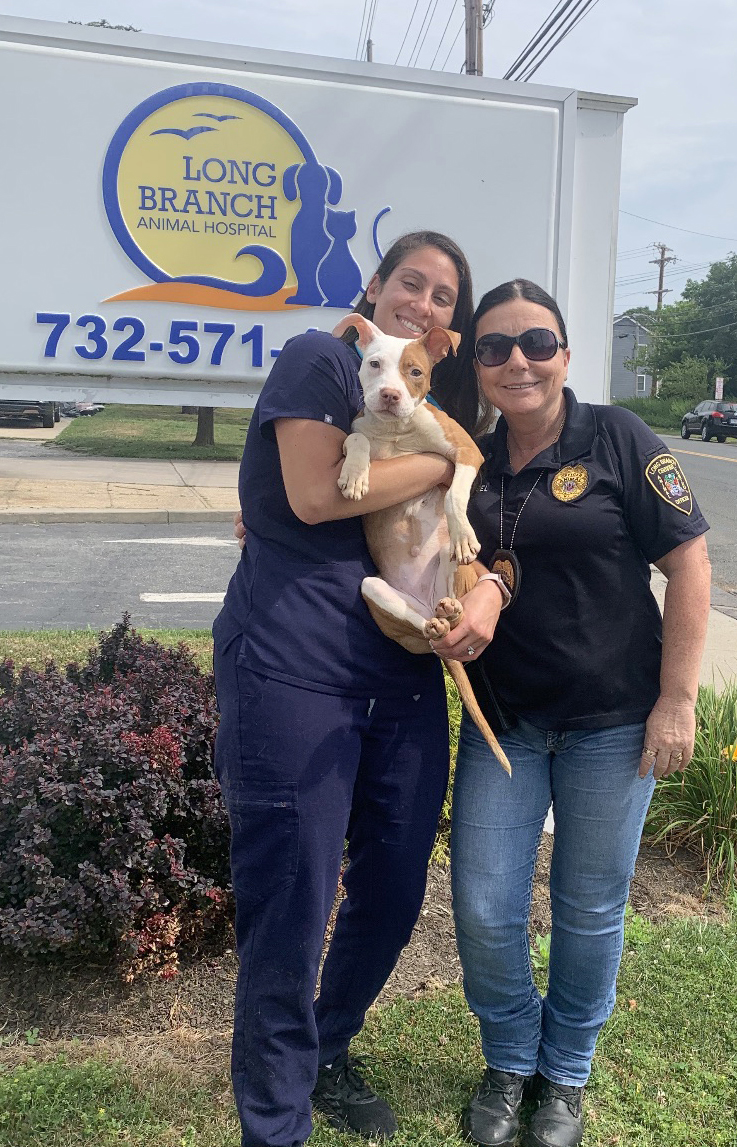 “This poor dog was so malnutritioned that it looked to be three-month old,” Petrone said. She said in the first day it gained one pound. “That’s a lot for a 20 lb dog.” She also treated the puppy for a skin infection and dehydration and made sure all her shots were up to date.

It didn’t take long for Dr. Petrone to fall in love and decide to adopt the puppy who she had already given a name. “Caramel is so sweet. She’s good with other dogs, cats and kids. She is very gentle and smart,” Dr Petrone said. “Deb knows she can bring us anything that needs medical attention.” That has included cats, dogs, a seagull with a broken leg and even a blue heron she had to remove from the Promenade Beach Club. “Yes, anything,” Petrone repeated. “She knows that.”

“I’m so happy this dog is healthy now,” Nagle said. “She has found a caring forever home.”