By Neil Schulman
Long Branch —As the eating contest was drawing to an end, a spectator asked a question to the commissioner, Ralph Mara.

“How many minutes, Ralph?”
Contestant Vic Accera was not happy with that question. “Don’t say ‘ralph,’ he joked.
It’s understandable he wanted to avoid hearing that word, as he was in the middle of trying to get through five pounds of linguine, sausages and meatballs the size of a fist, part of Pasta Bowl 2011, held at Caputo’s Pastry Shoppe in Ursula Plaza.
Accera, the winner of the lighthearted contest, didn’t finish, but he did eat more than 2.97 pounds of food in an hour. He gets to take home the Ralph Zambrano Cup, and gets “uncontested bragging rights” for a year. Like the Stanley Cup, this can be kept for a year, and must then be relinquished to next year’s champion.
Joseph Caputo said the idea for the contest came from the bakery’s weekly lunches, prepared for employees and friends by his father and former owner of the bakery, Jack Caputo. With all the food served, Mara began joking about having an eating contest. They also decided it would be a fine way to remember their friend Ralph Zambrano, who passed away last year.
“He was one of our favorites here on Friday,” Mara said. “If you knew Ralph, and he was in the contest, it would be Ralph hands down.”
Accera was challenged by Mark DeSantis.
During the contest, The Link asked each contestant about their strategy.
‘Pace — don’t push. Pace,” Accera said.
DeSantis said his plan was to mix the food up, having meat and pasta together.
“We’re not professionals at this,” he said. “I like to enjoy my meal.”
The contest was as much psychological as it was about stomach capacity. At one point, to show how confident he was, DeStantis grabbed some cheese that was being passed around to the spectators and ate it, showing how confident he was.
Accera upped the ante, also taking some food not in his bowl. “We see your cheese and we raise you a meatball!” he responded.
After his victory, Accera shared his training technique with the crowd. “I had a slice of pizza before I came,” he joked.
During the contest, the spectators, who included a few Long Branch notables, enjoyed dishes prepared by Jack Caputo, including different types of pasta, an Italian frittatta, sardines, meatballs, and more.
The event was not just for fun, but for a good cause. A 50/50 was also held, raising more than $800 for the Epilepsy Foundation. Joseph Caputo’s father-in-law won the drawing, but chose to give the money back to the charity.

Joseph said that he hopes to hold another contest in the spring. 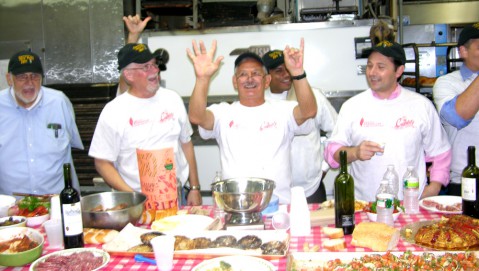 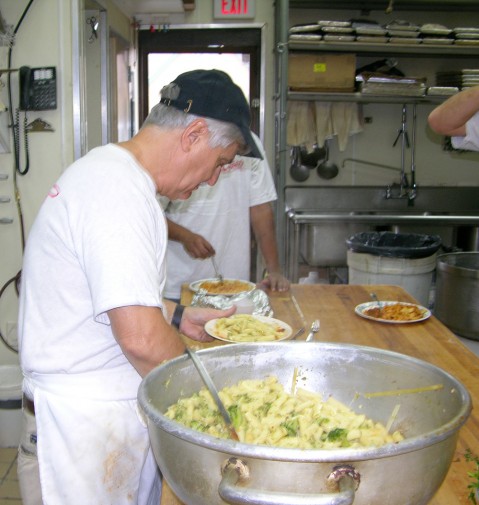 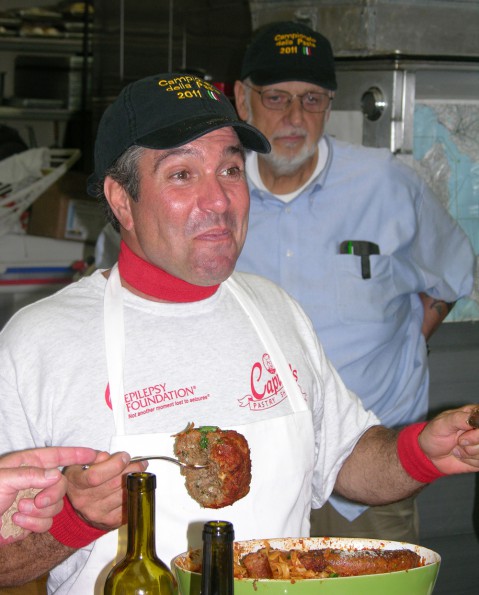