Long Branch – Awards from the Vin Gopal Civic Association were presented last Wednesday night to four well-deserving individuals at Mar Belo’s for their service to the community. 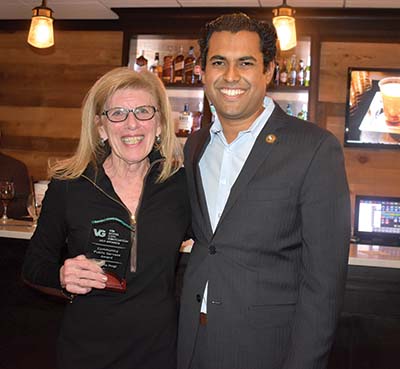 “We have four outstanding honorees who do so much to help the greater Monmouth County area,” Gopal said as he addressed the group.

New Jersey Resources, parent company to New Jersey Natural Gas supports over 1000 non profits around Monmouth and Ocean counties. They are known for helping out families who can’t afford their gas bill, mainly for heat during the winter. 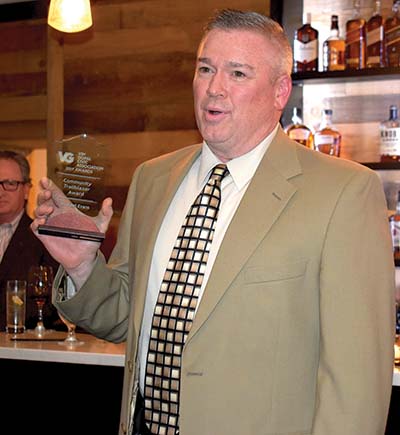 “New Jersey Resources help a lot of families in need and residents who are in trouble,” Gopal said. “They have been incredible.”Michael Evans, Ocean Township Officer of Emergency Management, was honored for his service to the city and beyond.

“Michael made sure everyone was taken care of during Hurricane Sandy,” Gopal said, introducing Evans.

“It’s a great honor to receive this award,” Evans said. He added that he was blessed with two parents who taught him not to sit on the sidelines. “They told me to get involved.”

Jack Morris was honored for his compassion towards his tenants who could not pay their rent because of the government shutdown.

In a letter he wrote, Morris told his tenants, “We understand how difficult it will be for you to pay your rent while providing the other necessities for you and your family. To that end Edgewood Properties will defer your rent payment until such time as you receive your wages, as well as waive any late charges.”

“Every email I receive from Anita Voogt and her husband Dennis Sherman is about ways to help different people,” Gopal said. “They do so much for the community.”

“You all know that anybody who stands up here doesn’t represent work they did by themselves,” Voogt said. “I’m very grateful.”

Gopal said 100% of donations made to VGCA go towards scholarships and helping others. “This is all done by volunteers, there are no payrolls,” he said.

There are new programs being added all to VGCA all the time. The most recent is to help out senior citizens who live by themselves and may need a little help with such things as lawn care, snow removal and groceries.

The Vin Gopal Civic Association is a 501(c)3 non-profit organization. They recognize that in our Central Jersey Communities there are many groups who are affected by our unique high cost of living and struggle to maintain their economic independence.

According to their mission statement, “It is the goal of our Association to help those who are the backbone of our communities to maintain a fruitful, independent life by lending a helping hand wherever we can and also by fostering a relationship with other Civic and Religious groups with similar goals in helping our Communities.”

If you feel you need help or know someone who should be recognized, or would like to donate, go to vingopalcivic.org. 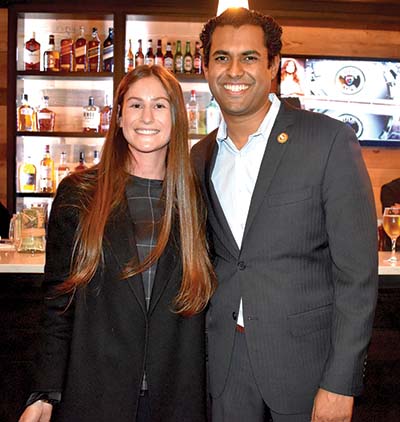 Vin Gopal with the daughter of honoree Jack Morris, representing her dad who could not attend the event. 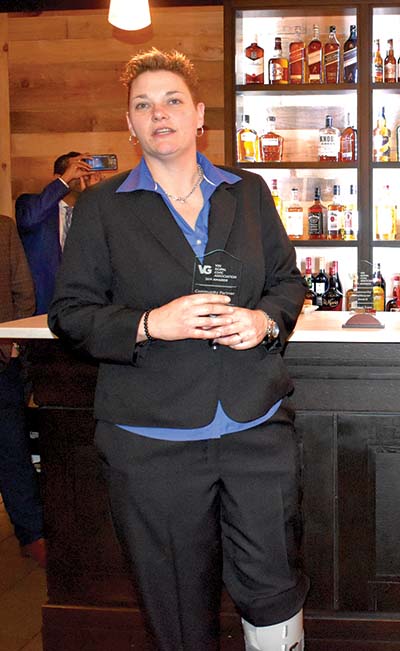