A man arrested in Georgia after allegedly defrauding a woman out of more than $80,000 in a dating scheme has a history of scamming, including, police say, an incident several years ago in West Long Branch, . 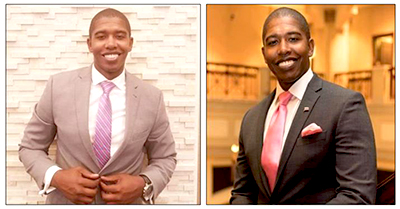 Images of John Hill from the Gwinnitt County, Georgia, Police Department. Hill allegedly operated scams where he would defraud women out of money. Authorities say he has a history in many states under aliases, including a 2011 incident in West Long Branch as Gregory Hill.

Police said the victim, from Alpharetta (about a 30 minute drive north of Atlanta) woman met a man on an on-line dating website and was defrauded more than $80,000.

The victim reported to the Gwinnett County Police Department that she met Hill on Match.com. They interacted on March 27 and met the same day.  Hill reportedly told the victim that he was a millionaire. During their short romance, he convinced her that they were in love and wanted to buy a house together.

Police say they went house-hunting and selected a home they were interested in. Within a week of knowing one another, they agreed to get married. The woman gave Hill more than $80,000 to use toward the purchase of a house and furniture.

Following the exchange of money, the suspect ceased all contact with her.

The case was assigned to a detective in the Electronic and Financial Crimes Unit, who learned that Hill lives at an apartment in Duluth, Ga., with another woman and child. He also recently purchased a 2014 BMW and painted it black.

Police say John Martin Hill, 35, had a residence in Duluth.

Further investigation into John Hill revealed that he has changed his name over five times in the past two and a half years, and has been accused of committing similar crimes in Virginia, Delaware, Maryland, and New Jersey.

On May 21 police put out a warrant. Later that evening, Hill was found in Franklin, Georgia.

According to a statement from the Franklin Police Department, Hill attempted to evade arriving officers by darting into a hotel conference room and hiding under a table. Officers ordered Hill out from under that table and arrested him.

Hill is being held as a fugitive from justice, on a $500,000 bond, in the Williamson County Jail. Georgia authorities are working out the details of Hill’s extradition.

“By sharing this story, it is our hope that he is not able to victimize any other women using this scam. When meeting someone online, be very cautious sharing personal information, financial information, or cash with someone in the early stages of a relationship.  These types of con men are very good at manipulating their victims.  They tend to say everything that a woman wants to hear.

“We are thankful that the victim in our case came forward and reported this crime,” police said.

One of the other names Hill reportedly used was Gregory Hill. In 2011, under that name he was arrested in West Long Branch and charged with three counts of theft by deception.

At the time, the West Long Branch Police Department reported Hill was looking for “young professional women” to work as an office receptionist on Craigslist. He would meet with them and say he was the CEO of a company that provided scholarships to students.

According to police, during interviews, Hill asked women for cash up front, saying it was needed for reasons such as background checks or insurance for a work cell phone. He would give them a proposed start date of employment. But the women told police that Hill soon stopped making contact with them.

West Long Branch Police said that Hill had been identified as a scammer on online sites such as WhoScammedYou.com.

Following Hill’s arrest, the Montgomery County Police Department announced that Hill was wanted there for crimes committed under the name Gregory Davis Dutton.

The police said that “Dutton” came to their attention in August 2017, after a woman he’d met on an online dating site made a report. “Dutton borrowed approximately $4,500 dollars from the victim under the false pretense that he was attending law school and needed the money to take a bar exam.” He also allegedly applied for financing for a new car and in several other places using her name and personal information without her permission.