Annie Grant, 83, served the state and the community

Annie Williams Grant, 83, of Long Branch, was born in Blackville, South Carolina, and passed on July 3, 2019 at Monmouth Medical Center. 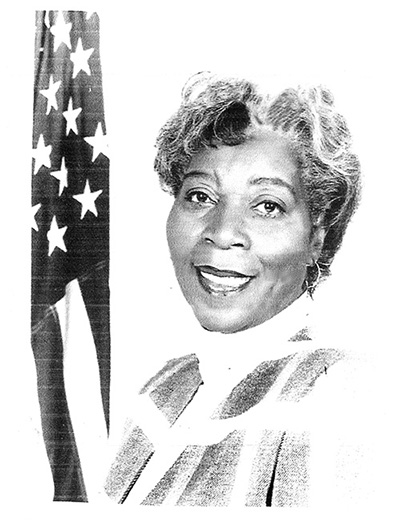 Annie retired on August 30, 2008 as a Commissioner on the Monmouth County Board of Taxation. She was appointed commissioner by Governor Jim Florio, sworn in on July 29, 1991; was reappointed to a second term by Governor Florio; then reappointed by Governor Whitman; and on June 16, 2003 was reappointed by Governor James McGreevey. Her duties include adjudicating property tax assessment appeals, and overseeing the administration of property taxes in Monmouth County. She is the first African American to hold this quasi-judicial position in Monmouth County. When appointed, Annie was one of three African American Taxation Commissioner in New Jersey. Appeals to Annie’s rulings have been dismissed by the State Tax Court, and she has the distinction that several of these court decisions have been published in the Law Journal. Annie is a member of the International Association of Assessing Officers.

Professionally, she was the manager of the Long Branch H&R Block Income Tax Office for 19 years. She was a state certified instructor for income taxes and taught income tax classes for 20 years, and conducted numerous seminars in local high schools and for community groups. In 2000, she received the H&R Block Plaque for 30 years of outstanding service, along with a set of luggage. Annie retired in 2003, after 33 years with the tax service. She received other awards, including H&R Block President certificates, the 1990 H&R Block Client Service Plaque, and a diamond ring for 25 years of service.

On February 4, 2005, Annie was invited by Congressman Frank Pallone, Jr. to speak at the Democratic Congressional Roundtable about the Social Security reform proposed by President Bush. She was also a special guest, on the front row of the Capitol gallery, to hear the President’s State of the Union address. The next day she participated in a rally and press conference on the steps of the Cannon House Office Building with Democratic Leader Nancy Pelosi, Congressmen Rangel, Levin, Conyers, Green, Hoyer, and others. Again she urged that the Social Security Program be left alone, and that all the funds that had been borrowed from the Social Security Trust Fund be repaid with interest (along with the $2 trillion needed for the proposed reform by President Bush), guaranteeing its solvency. Her comments were played on FM107 (The Breeze), and carried in the Asbury Park Press, and on the Associated Press network.

While living in Wuerzburg, Germany, with her Army husband, Annie organized a daycare center on the military post, and was called on several occasions to speak on organizing daycare centers at other installations in Germany. Upon leaving Germany, she was presented the Marine (3rd Infantry) Division Certificate of Appreciation by the Commanding General.

Annie, a member of St. Luke’s United Methodist Church in Long Branch, served as Sunday School teacher, Vacation Bible School teacher, President of the 49er’s Circle, Administrative Board member, and volunteer tax consultant. She wrote a column on taxes in “THE COMMUNITY NEWSPAPER.”

Annie and Avery lived in Long Branch since building their home in 1967.