Atlantic Highlands — Atlantic Highlands resident John Lollos, a television producer, Broadway writer, and director who has produced, written, and directed for theatre and television with over 2,000 programs for network, cable and syndication, is seeking actors for “Love & Let Love,” his original musical adaptation of Shakespeare’s Twelfth Night. 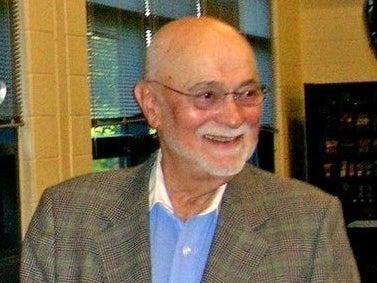 Lollos is a passionate advocate for the arts, especially the stage. His introduction to show business began while working as a page at NBC, eventually earning a coveted position as vice-president of program promotion.

He received an Emmy nomination for adopting and producing “The Cradle Will Rock,” a musical with John Houseman and Patty Lupone.

Lollos also wrote the comedy, “Mr. Goldwyn,” a hit starring Alan King which ran for five months at the Promenade Theatre in New York in 2002. “Mr. Goldwyn” won rave reviews from the critics. Additionally, Lollos recently wrote and directed ‘Theodore Bikel: In The Shoes Of Sholom Aleichem,’ a documentary on the life of famed actor and singer, Theodore Bikel, that was awarded the Ger Mandolin Orchestra Award at the International Film Festival in Warsaw, Poland. The documentary is now being distributed worldwide.

Rehearsals for ‘Love & Let Love’ are scheduled for August, September & October with weekend performances at the end of October or beginning of November.

Interested individuals should email photos and a resume to jlollos@comcast.net. Lollos can also be reached by telephone at 732- 872-2020.