Ocean Township — Ronald Teschner, 49, has been detained until trial. Ronald Teschner was charged with 2 counts of Unlawful Possession of a Weapon, two counts of Certain Persons Not to Possess Weapons and three counts of Receiving Stolen Property.

At court hearing on Monday as to whether release Teschner, he  reportedly frequently interjected. 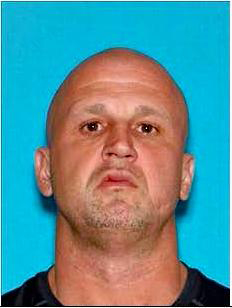 Ronald Teschner, 49, has been charged with receiving stolen property and unlawful possession of firearms.

Teschner had been a resident at a Wickapecko Drive house that burnt on Sept. 12. Prosecutors said that after the fire, he and another resident there, Jacqueline Terrulli, 65, were reported missing.

Teschner was located Friday, Sept. 13, in Paterson. He was driving Terrulli’s 2019 Jeep Cherokee and had shotguns in the vehicle. We has taken into custody.

Terrulli is still missing as of Sept. 24. Last week, police were seen near the Wickapecko Drive house, and searching through the woods nearby.

Law enforcement officials are investigating the cause of a fire that engulfed an Ocean Township home early Thursday morning on Sept. 12, and are seeking the public’s assistance in finding a missing resident from the home, announced Monmouth County Prosecutor Christopher J. Gramiccioni.

On occupant has been detained after he was reportedly found with a vehicle belonging to another resident, and shotguns.

On Wednesday, police were seen at the house again, examining the grounds and swimming pool.

The Prosecutors Office says that at 7:32 a.m. on Sept. 12, the Ocean Township Police and Fire Departments responded to a fire at 86 Wickapecko Drive. Upon arrival, authorities found the approximately 6,000 square-foot residence completely engulfed in flames.

Once the fire was extinguished, a joint investigation was launched by the Ocean Township Police Department and the Monmouth County Prosecutor’s Office, in conjunction with the Monmouth County Fire Marshal’s Office. Police quickly determined that two residents of the home were unaccounted for, Ronald Teschner, 49, and Jacquelin Terrulli, 65.

Teschner was located in the early morning hours of Friday, September 13, in Paterson. Authorities say Teschner was found in possession of Terrulli’s 2019 Jeep Cherokee, and shotguns were also located in the vehicle with Teschner. 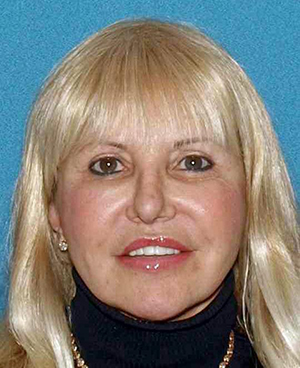 The vehicle was seized by police and remains in the custody of the Monmouth County Prosecutor’s Office.

Teschner was charged with two counts of Unlawful Possession of a Weapon, two counts of Certain Persons Not to Possess Weapons and three counts of Receiving Stolen Property. Teschner was lodged in Monmouth County Correctional Institution and was pending a detention hearing as of Sept. 17.

Terrulli has yet to be located. The investigation into her whereabouts is active and ongoing.

Anyone who may have seen Jacquelin Terrulli between Wednesday, September 11, 2019 and today, and/or may have information to assist in the investigation are urged to contact Monmouth County Prosecutor’s Office Detective Patrick Petruzziello at 800-533-7443, or Ocean Township Police Detective Christopher Brady at 732-531-1800.

Prosecutors say anyone who had contact with Teschner after the time of the fire, but prior to his arrest are also urged to contact Detective Petruzziello and/or Detective Brady.

Anyone with information is asked to contact Detective Wayne Raynor of the Monmouth County Prosecutor’s Office at 1-800-533-7443, or Detective Darius Davis of the Asbury Park Police Department at 732-774-1300.

Anyone who feels the need to remain anonymous but has information about a crime can contact Monmouth County Crime Stoppers confidential telephone tip-line by calling 1-800-671-4400; can text “MONMOUTH” plus their tip to 274637; or, they can email a tip via the website at www.monmouthcountycrimestoppers.com. Monmouth County Crime Stoppers will pay up to $5,000 for information leading to the arrest of criminals and fugitives.