Getting ready to celebrate 100 years of Oceanport

Oceanport — In 2020, Oceanport turns 100, and the Oceanport Historical Committee is getting things in place. 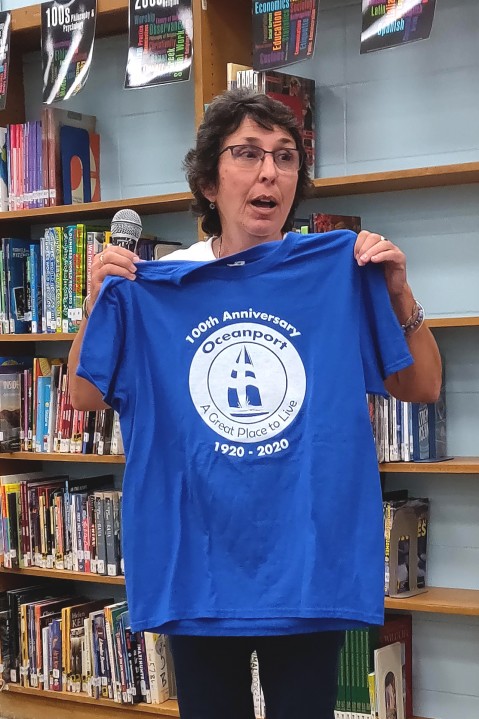 At a recent Borough Council meeting, committee member Rosanne Letson gave a status update of what has been happening.

Borough historian Frank Baricelli and other members of the committee are working on a book to commemorate the centennial. It will update a volume published in 1970 for the borough’s 50th anniversary.

Earlier in the meeting, council had applied for a grant to help publish the book. Oceanport needed to apply since the committee doesn’t have its own Federal ID number, but Letson said that this grant will help tremendously with the costs.

“The book is a reality. It’s going to happen,” she said.

The committee is also planning a Holiday Home Tour in December. So far 11 homes have signed up.

In addition to seeing how the homes are decorated for the holidays, local businesses will supply sweets to eat, and the Garden Club is creating holiday centerpieces for the homes.

In January, the committee will decorate the streets with decorative banners and flags hung along the post. They’ll be on display on Main Street and, if there are enough sponsors, also along Fort Monmouth.

Letson also urged people to check out the Oceanport Centennial Facebook Page, which is full of old photos of the borough.

A lot of them spark discussion, especially when people try to identify who’s in the photos, she said.