Oceanport — Last week Police Chief Michael Kelly left for an 11-week intense training and certification program. The training takes place at the prestigious FBI National Academy on the grounds of the United States Marine Base Quantico in Virginia. 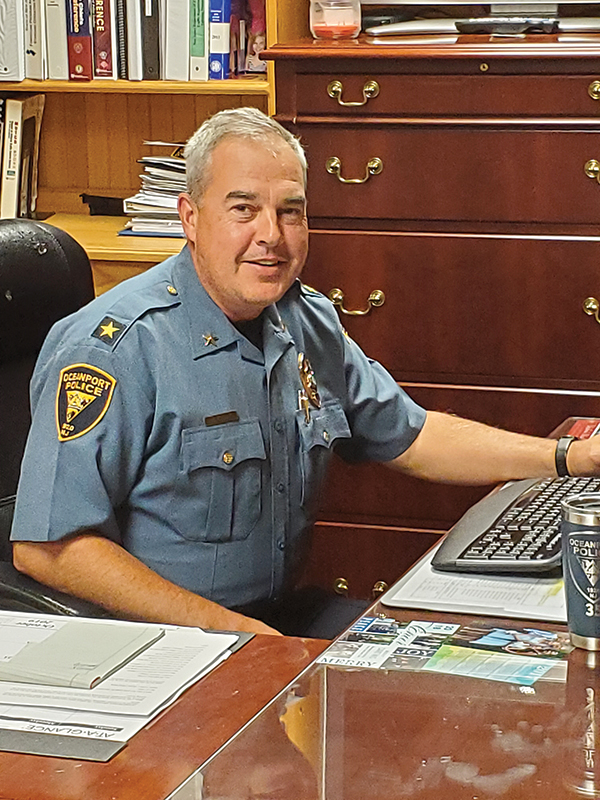 Kelly, who had applied for the academy in 2017, received notification early this summer that his application was accepted and if he wanted, he could attend the fall 2019 session. Less than one percent of law enforcement officers globally are afforded the opportunity to attend the prestigious training.

“I was shocked when they contacted me. However, it is something that I have wanted to do for a long time. I am blessed to work in a community and for a governing body that allowed me to attend this very intense and leader driven training,” said Kelly.

Session 278 started last week and Kelly is one of the 220 law enforcement officers who come from 35 countries to learn from the FBI. Course content includes behavioral science, forensic science, understanding terrorism/terrorist mindsets, leadership, communication, and health/fitness. “I have already lost 15-pounds getting in shape for the academy,” Kelly said.

At the end of the 11-week academy, all attendees participate in the “Yellow Brick Road” which is the final fitness challenge. It is a grueling 6.1-mile run through a hilly, wooded trail built by Marines. Along the way, the participants must climb over walls, run through creeks, jump through simulated windows, scale rock faces with ropes, crawl under barbed wire in muddy water, maneuver across a cargo net, and much more. “When you finish and pass the test you are actually given a yellow brick to memorialize the achievement,” added Kelly.

Kelly grew up in Jersey City, and then his family moved to Spring Lake when he was in elementary school. After high school, he attended Brookdale Community College and then earned a BA in criminal justice from Seaton Hall University. His law enforcement career started as a Class II officer in Manasquan. Kelly then attended the Monmouth County Police Academy going alternate route, paying for it himself.

During his time in Oceanport, Kelly was appointed sergeant in October 2011. He was elevated to the rank of lieutenant in January 2014, and named chief of the department in 2017.

The FBI provides housing for all the officers while at the academy. “I will be celebrating my 20th wedding anniversary while in Quantico and the birthday of one of my children. My wife and kids are very understanding and supportive as they know this is a once in a lifetime opportunity,” said Kelly.

Requirements to attend the national academy are very strict. An officer must hold the rank of lieutenant or higher, be in law enforcement full-time, be in excellent physical condition, capable of strenuous exertion and regular participation in the use of firearms and defensive tactics. They must pass an FBI physical examination and a background investigation. The last condition is that graduates of the national academy must remain in law enforcement for a minimum of three years after graduating.

On July 29, 1935, the National Academy was created in response to a 1930 study that recommended the standardization and professionalization of law enforcement departments across the United States.

“Each class or session has between 30 and 50 students from international police agencies and 200 from all over the states. What a great network of colleagues I will have developed after this training. It will not only benefit me professionally, but it will be a great resource for the residents of Oceanport,” Kelly said.