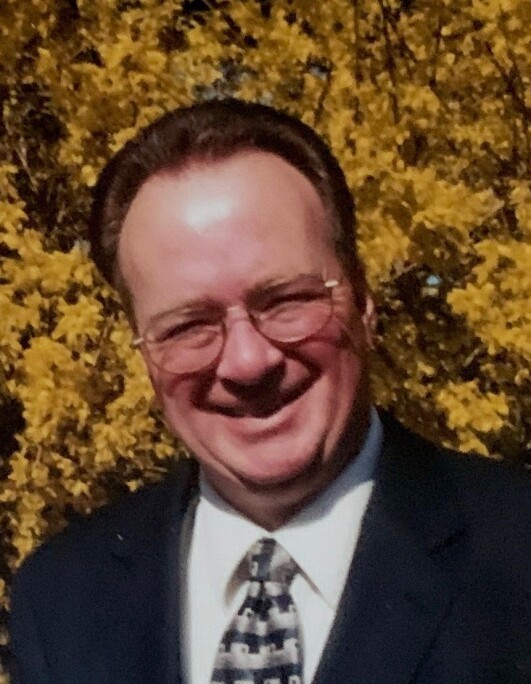 Growing up, Pat participated in Boy Scouts of America. He always felt his involvement in the Boy Scouts laid his foundation for discipline, preparedness, honesty, and helped him to fine tune his moral compass. Concurrently during his formative years, he also spent a lot of time at his family owned business, Clay’s Bicycle Shop in Wall Township NJ where he familiarized himself with bicycles and the cycling culture surrounding it. As he grew up and eventually entered Ocean Township High School, Patrick found a love for learning as well as sports. He participated in Soccer and Baseball, and achieved the title of Bowling State Champion for his school. Not just an athlete, he also thrived in the performing arts. He was a member of the Drama Club, and through performance discovered his love for music and dance. In between his studies and commitment to sports, he took up learning the guitar and banjo. In his senior year, his peers took notice of his talents and cheerful disposition and bestowed upon him the title of “Best Dancer” as his Senior Superlative. Outside of school, he refined his talents in theatrical productions at Red Oak Music Theater Inc. in Lakewood NJ.

Patrick attended Monmouth “College” University where he studied Philosophy and continued pursuing his love of soccer. Unbeknownst to him he had a onetime chance meeting in a friend’s dorm with the love of his life and future wife Donna. As time went by and as fate would have it, in 1973 they reconnected on the dance floor at the El Morracan Room in Asbury Park. Fresh out of college, with Donna at his side he landed a job with cycling company Specialized. Here he drew upon his experience from his family bicycle shop and laid his foundational knowledge in cycling, predominantly focusing on parts and components. After he cemented this expertise, he was recruited by the innovative Japanese company Shimano. After more than a decade of building his knowledge and scope of the cycling industry with Shimano, Patrick was pursued to work for the prestigious Italian cycling company Campagnolo, where he quickly rose in rank to National Sales Manager. As many knew him to be, Patrick was a people person. He was jovial and engaging to the extent that he would make new friends in a grocery line or at the DMV. He was kind and gentle, and loved learning about people. He liked to see people happy and make them smile. He knew he wanted to segue into a profession where he could help people, and ultimately found fulfillment in Financial Planning.

A devoted man to his family, Patrick always put them first. In October of 1979, Patrick and Donna wed and began their journey together as a couple. They experienced all of their firsts together. They bought their dream car. They traveled to Europe, including their surprise Honeymoon to Greece. They bought their first home in Long Branch, and eventually began their family with their first child, their daughter Noelle. Four years later, their son Jonathan was born, and another four years later they were blessed with their youngest, Andrew. His children gave him great joy and pride. Patrick always felt it was important to teach his children the values of kindness, selflessness, and honesty. He also led by example – and taught them to strive for an unconquerable work ethic in everything they do. He believed they could achieve anything they dreamed with hard work, determination and perseverance. He truly believed “If you fail to plan, you plan to fail”. Throughout their childhood, he was active in many roles of leadership within their education and community. Patrick coached Little League Baseball for both his sons in Spring, and in Fall he brought his skills and knowledge of soccer to coach both of their teams. He became the Soccer Commissioner for the Long Branch Recreational League, and held that title for many years well beyond his children’s participation. His commitment to higher education was made clear when he joined as a member of the Green and White Association. Under his leadership as President, he and his team achieved new heights of scholarship fundraising for Senior students for well over a decade. He was proud of his children’s accomplishments both big and small.  Everything from college graduation to creating their careers to becoming homeowners and beyond. Each of them carved their own path, and his support never waivered. Ever encouraging, he championed his children to dream big and loved them unconditionally for who they are.

With his busy schedule of work, family life and volunteering in his community, he always devoted time to worship as an active parishioner at St. Michael’s Church. St. Michael’s held a special place in his heart.  He had many fond memories there. They began 40 years ago, when he was married to his wife Donna, and continued as his three children grew and received all of their sacraments through the years. He spent his Sunday’s as an Usher during mass and was also a Greeter of new parishioners. Both Pat and his wife welcomed new parishioners and gave them a short history of St. Michael’s. They were available to answer any questions or concerns that may arise, and also provide a new friendly face in the crowd. For 10 years, he worked endlessly to help the annual parish picnic become a success. Patrick was often the first to show up and the last to leave.  He had many responsibilities and worked through the day to ensure that things were running smoothly and that everyone was having a good time. Pat took pride in St. Michael’s and the beauty of his church. During the Christmas holiday season, he always dedicated time to deck the halls both inside and out. He did everything from climbing 20 ft ladders to string lights and garland, to setting up the outdoor Nativity in the winter cold. Inside, he assisted his wife in decorating the altar at her every command and always had a smile. At Easter, Pat would beautify the church with fresh flowers, that he would often times shop, buy, transport and set up with Donna. His dedication was clear to all that knew him, all the while he never complained and enjoyed the quiet time in church working alongside his wife.

Patrick loved to learn. His kids remember him consumed in documentaries, PBS programs, and National Geographic specials. His college major in Philosophy carried him through a lifetime of inquisition. It opened his mind to exploring and embracing other cultures, religions, and deepened his knowledge of world history. He was a nightly viewer of Jeopardy and an avid reader. He especially enjoyed getting lost in a book on the beach. Pat loved living at the shore. It was one of his favorite places. He spent most days there with his family.  He traversed the Boardwalk countless times, and he even helped to restore it after major storms. He found beauty and serenity among the sand and waves.  He enjoyed the open water and the tall ships that sailed them.  Pat was fascinated with the traditionally rigged sailing vessels and would travel to different ports just to catch a glimpse of them  Another lifelong passion of his was collecting trains of all sizes and models. He was a true enthusiast, but his most favorite above all were LGB trains. He was interested in real trains as well and often took day trips to take in exhibits, visit museums and even enjoyed taking a ride on an old fashioned steam engine.

Pat left a lasting impression on everyone he knew or met.  He was one of a kind and will be remembered by all as the gentleman he was; both chivalrous and respectful. He also had a playful side. He was a prankster, happy-go-lucky, always smiling and making people laugh, even if the joke was on them. He lived his life as he taught his kids to live theirs – to be selfless, compassionate, and a good friend. Patrick was a positive person and even up against the adversity and many obstacles he faced, he was able to find the silver lining and make the time to laugh. He will be deeply missed by all who knew him.

He is predeceased by his parents Robert Clay and Miriam (Windnagel) Clay, “Gramps” Calendriello and his step-sister Stacey Somers. Surviving are his wife of 40 years Donna (Gesualdi) Clay, his daughter Noelle and her partner Jen, his son Jonathan and his partner Mike, his son Andrew and his partner Lilly; siblings Michael Clay and partner Nancy, Diane Sherman and her husband Jerald, Kevin Clay and his partner Viola, Sharon Rudd and her husband Dwight and their sons Danny and Casey and step-Mother Judy Cramer Clay. Patrick also had a special relationship with all of Donna’s family. He loved her parents Daniel and Mildred Gesualdi as his own. Especially Sunday night dinners with meatballs and gravy. He enjoyed spending time with her oldest sister Cynthia and her husband Danny Marianino and their children. Donna’s other sister Frances Attardi and her deceased husband Mike were not just his family, but best friends. He loved their children Michelle, Michael, his wife Colleen, and Francine unconditionally.  As they grew up, he was there for the many important events in their lives, as well as their children’s milestones. He loved all of his great nephews dearly: James Fay; Mikey, Nate and Matthew Attardi.

The family invites you to leave a letter of condolence under the Tribute/Guestbook link above.