Senior guard Lucy Alberici led the Caseys, putting up 13 points, with 6 coming from outside the arc. Sophomore Molly Kelly came off the bench and got the hot hand midway through the contest, pumping in 12 points, all from 3-point land. Center Ally Carman was good for 11 points. 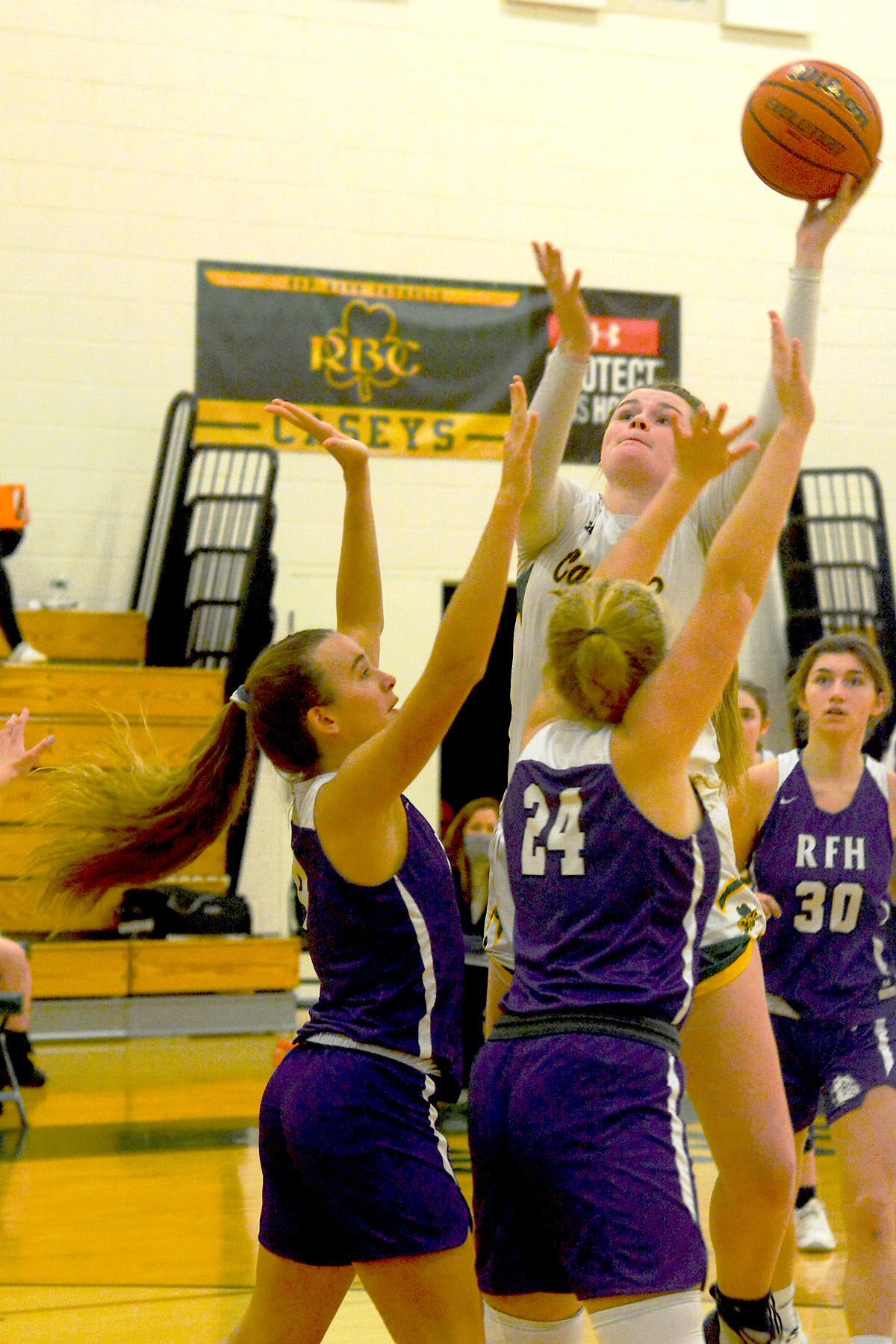 RBC center Ally Carman gets off a shot under heavy coverage by RFH defenders.

RBC trailed 9 – 8 after the first quarter and went on to lead 24 – 19 at the halftime break. The squad pulled away via a 15 to 7 third quarter advantage.

On the following evening a rematch was held at the RFH court with similar results, this time the Caseys emerged with a 57 – 31 victory. The outcome became apparent early as RBC started the match with 11 unanswered points. They led at the half 28 -15. Once again the third quarter was owned by RBC as an 18 – 6 advantage iced the win.

Center Ally Carman led the Caseys with 17 points. The 6’5″ junior scored 16 from underneath and one point at the free throw line. Senior guard Sophia Sabino put up 14 with 12 coming via three pointers. Antonia Panyides sank three long shots for 9 points.