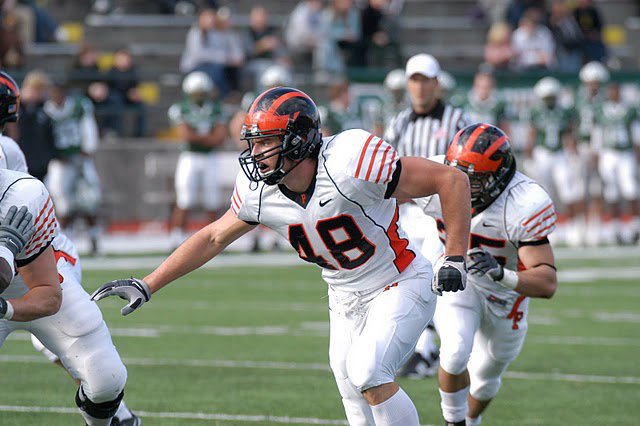 Correction: The Link News was given information that former RBC and Princeton University football star was signed by the NY Giants yesterday. Well, that information was incorrect. The New Orleans Saints have just announced that they have signed the Oceanport resident. A corrected version appears below. Congratulations Harry!

Eight years ago Harry Flaherty, an Oceanport resident, was just a little freshman at Red Bank Catholic High School. Four years later he was bigger, stronger, and faster and a much better football player, but he was still a little freshman, this time it was at Princeton University.

Today, after playing four years of football for the Tigers, Flaherty is not as small. However, considering he will be playing on one of the biggest stages in professional football  as a member of the New Orleans Saints, who signed Flaherty on July 26th.

Flaherty is a smart, highly religious coming from a family with high standards and moral values. Best of luck to Flaherty and his family. We know that he will represent his family, community and state to the best of his ability.