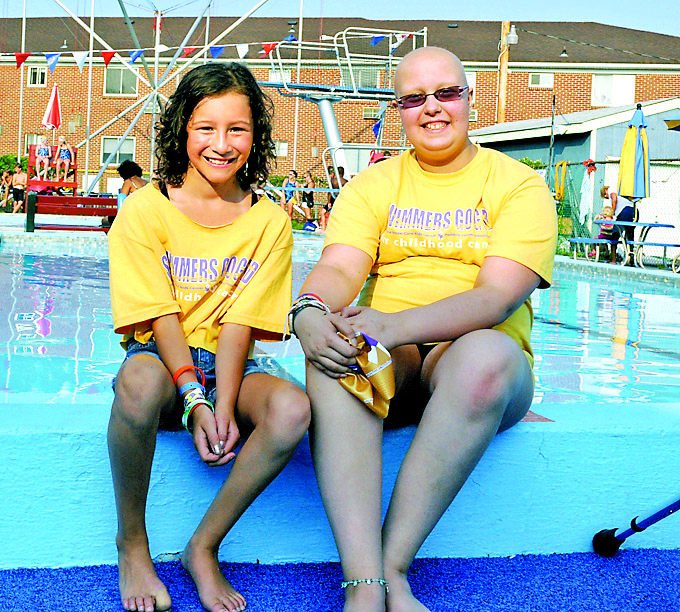 Lilly Daneman and Rachel Kovach are very good friends and both swimmers at Seashore Day Camp in Long Branch. Both girls were diagnosed with Ewing Sarcoma, a very rare form of cancer, which usually develops during puberty.

There are few symptoms. The most common is pain and occasionally swelling of the affected area.

Lilly was 11-years old when she started having pain in her right leg. Her parents at first thought it was just sore muscles from all her athletic endeavors.

But in May of 2009 Lilly and her parents were informed that she had cancer. “At first I didn’t know what to expect. I knew I had to remain positive because I didn’t want my parents to worry or get upset,” said Lilly. “I was scared, very scared, but I knew this was not going to beat me.”

Three months after learning she had cancer, doctors removed a tumor that had attached itself to her leg bone. If not caught soon enough, the cancer could metastasize to the lungs and other bones.

“Doctors told Lilly that survival rates are about 5% in children with Ewing’s Sarcoma,” said Gerri Daneman (Lilly’s mom). “We were in the room when they told her, and the doctors were very compassionate. They felt that Lilly was strong and they had detected and removed the cancer.”

Lilly’s friends held a fundraiser for her, and one of those helping was Rachel Kovach. Just two weeks after that event, Rachel was told she had the same cancer.