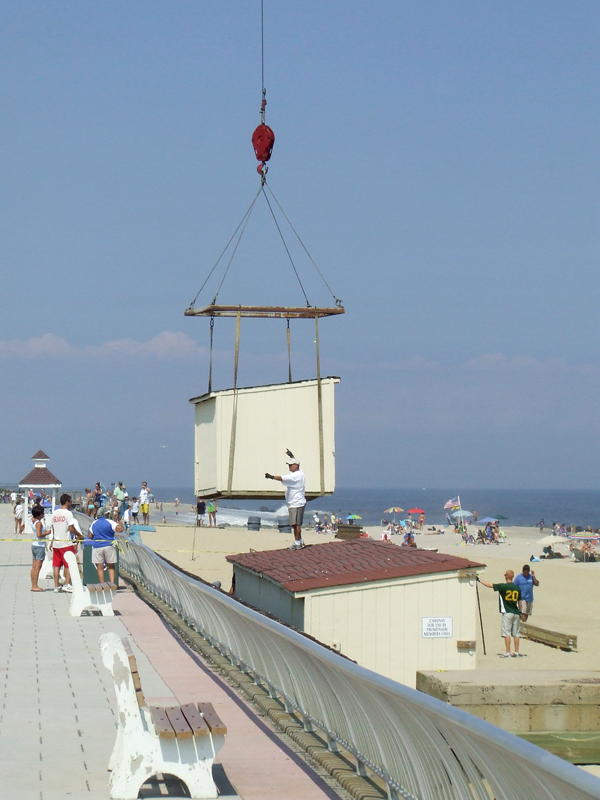 While those in flood prone areas are being urged, and in some cases ordered, to evacuate,  those in other areas are also preparing for Hurricane Irene.

On Friday, numerous businesses began boarding up or duct taping their windows in preparationg for the hurricane-force winds that are expected to hit tomorrow. The Family Dollar on Broadway in Long Branch, which has seen its windows broken in violent winds  before,  has completely covered them with wooden boards.

City officials say that they don’t believe it is generally necessary to board up windows on Broadway, which is far enough from the ocean. However, they advise all businesses to close before 4 p.n. on Saturday.

Sea Bright is under mandatory evacuation as of noon today.

Monmouth Beach is under mandatory evacuation as of 4pm today