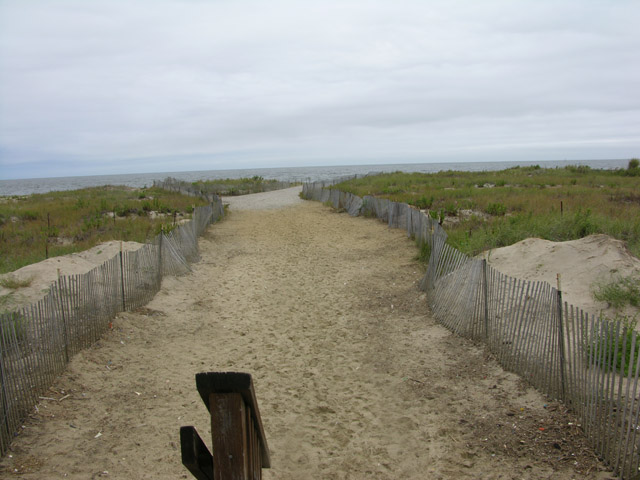 Sea Bright has considered installing a ramp over the sea wall at several of its public beaches, but some worry that would eat into the limited parking spaces, and once residents get over the wall they’d have trouble getting anywhere.

By Neil Schulman
Sea Bright — The borough is supposed to use several hundred thousand dollars of NJ Department of Environmental Protection funds to improve beach access, but there is debate over what projects should be done. 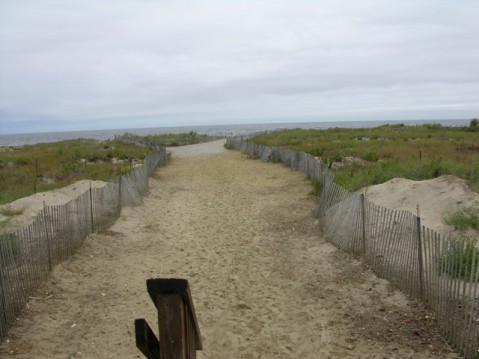 Sea Bright has considered installing a ramp over the sea wall at several of its public beaches, but some worry that would eat into the limited parking spaces, and once residents get over the wall they’d have trouble getting anywhere.

At the Sept. 6 Borough Council meeting, Councilwoman Dina Long asked that a letter be sent to the DEP asking that the money be used for building a ramp by the Anchorage beach to increase access. But some worry that the ramp would eat into the limited parking available.
As part of a legal settlement, Sea Bright must use $200,000 in DEP funds in a way which increases beach access. A ramp, allowing more handicap access, would qualify.
While this proposal is for the Anchorage beaches, a ramp has been considered for several other public beaches as well.
“I think it was originally designed to meet up with those stairs from nowhere up at the P-House lot,” Long said. At one point, the lot behind borough hall was also considered for a ramp.
However, the ‘stairs to nowhere’ has been a problem when building a ramp. While it would let beachgoers get up to the sea wall, many of the borough’s beaches don’t have amenities for them once they reach the sand.
Long said she would like to add a request for a ramp through the dunes as well.
In addition, a ramp would take up space in the parking lots, which fill up quickly in the summer. During the public comment portion of the meeting, resident Marianne McKenzie said that the Anchorage lot is filled early in the morning.
“For an ADA, that’s really throwing money away, because there’s nowhere to park.”
She suggested that the money be used to increase how many people can get to beaches, saying there were a couple of “secret spots” in the borough which could be converted to extra parking.