Track in peril as months of negotiations collapse

How to Find a Job in Today’s Tough Market 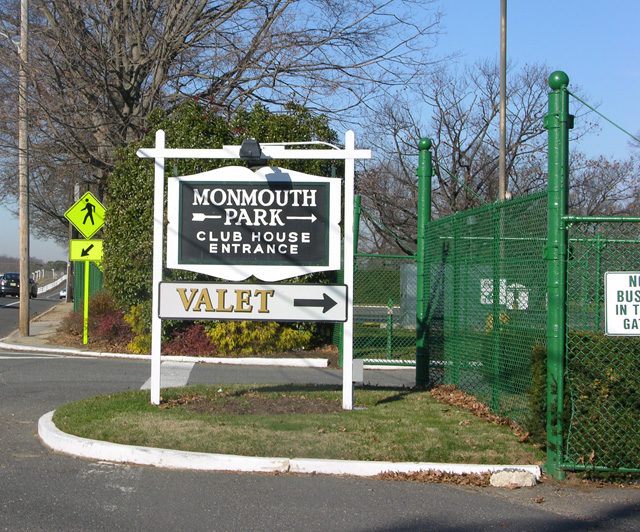 By Neil Schulman
Oceanport —  A deal to privatize the management of Monmouth Park Racetrack has collapsed, and Governor Chris Christie has said he could shut the track down next year if a new agreement isn’t reached by Monday. 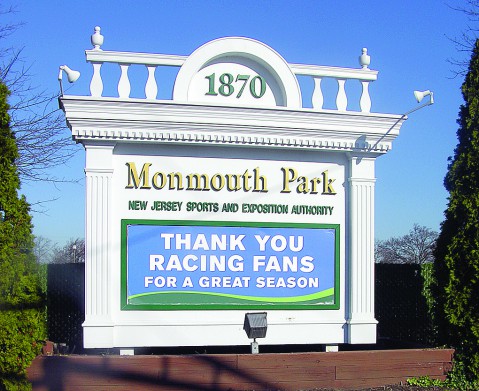 A sign outside Monmouth Park thanks fans for supporting the season which ended in November. Unless a deal is reached by Monday, there may be no 2012 racing season there.

The New Jersey Thoroughbred Horsemen’s Association has blamed the state government, saying it tried to take away a valuable license from them at the last minute. But Christie has blamed the Horsemen’s Association, saying that they attempted to change the deal at the last minute, demanding millions of dollars extra from the state.
Last week, after six months of negotiations with the New Jersey Sports and Exposition Authority, the state agency which owns the track, businessman Morris Bailey seemed ready to sign a deal to take over management of the Oceanport track for the next several years.
The negotiations weren’t always smooth. In September, Bailey had said he wanted to walk away, though he later came back to the table. The disagreement over the license appears to have been the last straw. Last week, he said that he was again intending to walk away. On Sunday, his attorney announced he had withdrawn a $5 million letter of credit he had posted after he was first chosen as the potential manager of the track in May.
Bailey’s attorney also said he had no interest in returning to the bargaining table this time.
The horsemen’s association and state officials have both blamed the other side for driving Bailey away.
Both also say that the other’s actions took them by complete surprise.
According to reports, in June the state had come to an agreement with the horsemen’s association regarding a license to hold a short thoroughbred racing meet at the Meadowlands track, which is also being privatized. For the past several years, those meets have been held at Monmouth Park, which is set up for thoroughbred racing.
The association claims that earlier this month, New Jersey told them they would revoke the license to those racing dates. Association representatives said that the license arrangement would have given them a share of profits from off-track wagering on these races. They speculated the state might have realized this, and decided the license had more value than originally thought.
Christie, at a press conference on Monday, had a very different story, and said that it was the horsemen’s association who sprung a last minute surprise. He called the group “completely untrustworthy.”
He said they had a handshake deal one day, and “eight hours later their lawyer called up and demanded $5 million more in purse subsidies.”
Christie said that it was the horsemen association’s duty to come to the state with an agreement, and do so by next Monday.
“If the thoroughbred horsemen want this industry to remain in New Jersey, they have to come to us in the next week with a deal that works,” Christie said.
Even when there is no racing at the track, Monmouth Park remains open to offer simulcast. Its website indicates that they had been preparing for 2012, even offering calendars for next year.
Closing the park would have a major impact on the community. It employs an estimated 1,600 workers.
It is also the largest ratable for Oceanport, supplying between a quarter and third of the money collected for the borough’s budget through tax payments.