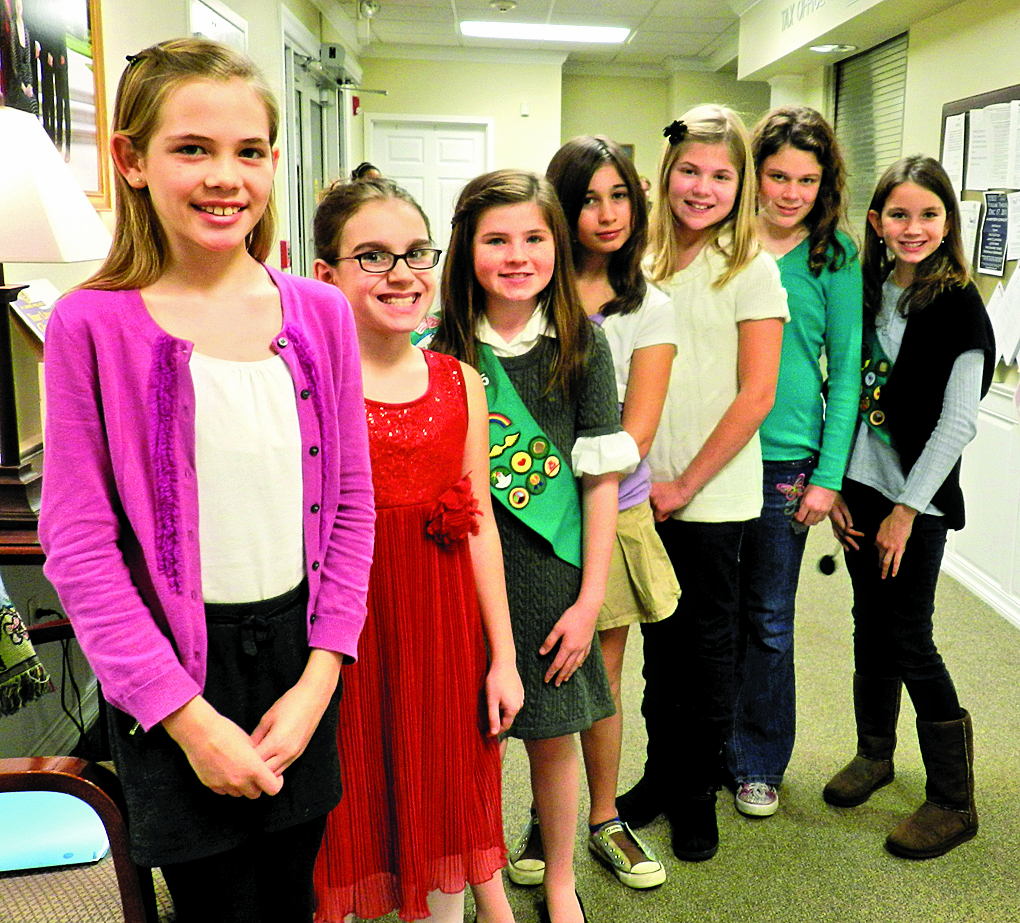 By: Angela Ciroalo
West Long Branch — The Girl Scouts of West Long Branch, Troop 1005, are working on projects to assist their community. The girls and their Troop Leaders, Tricia McLaughlin and Karen Farawell, met with Mayor Janet Tucci to discuss their ideas. The mayor then suggested the girls attend the Borough Council meeting on December 7 to present their ideas.
McLaughlin kicked off the presentation by introducing herself as well as her Troop. 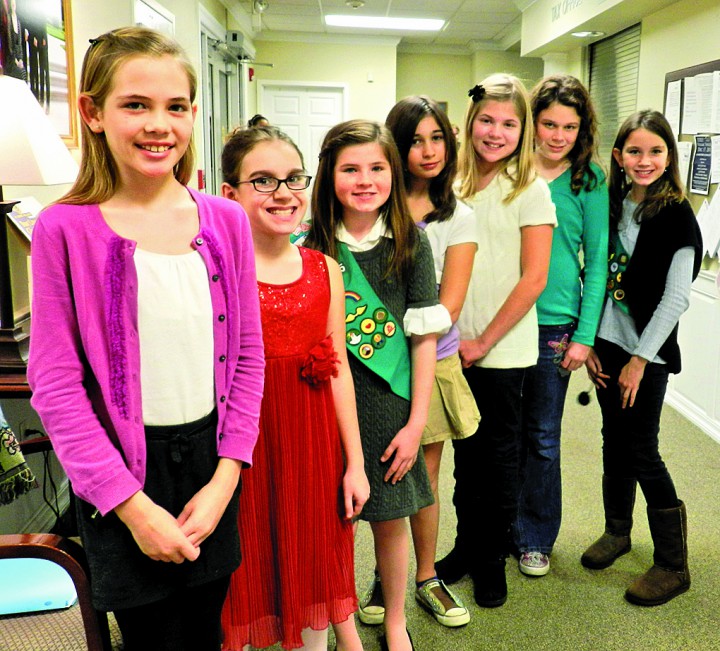 Following McLaughlin was Colette Fishkin, who pitched the idea of creating a reading club for residents within the West Long Branch community that would be held at the library.
Maggie Lamb presented the idea of creating a town mural. She mentioned that her father owns a painting company and would gladly donate paint to contribute to the project. Lamb mentioned the inspiration to create a mural would be to “bring out the beauty and history of our town.”
Erin Hopkins provided the idea of creating new crosswalks to help elderly people cross the street. Unfortunately, the girls learned how difficult it is in a town to create crosswalks. There are many rules and regulations that must be followed in order to create a new crosswalk.
Peyton Leeping’s proposal was to develop litter control within the town. The project would consist of picking up litter seasonally in places such a Franklin Lake, Valentino Park, and Sorrentino Park as well as Peter Cooper Village. Leeping’s second proposal was to make small landscaping improvements, such as planting flowers or a vegetable garden within the  community.
Brenna Farawell gave the concluding speech thanking the Council Members for the opportunity to present their ideas.
The council was very enthusiastic about the girl’s ideas.
Councilman Steven Cioffi mentioned, “I would be more than happy to set up a program in the summertime,\; it is always necessary to clean up. As far as flowers, I can see if I can get some flowers from the beautification that your troop would be responsible for.  It will help us out greatly.”
As far as the crosswalks and potholes, many state rules are in place that may not allow the process to be simple. Council members recommended the scouts steer toward more feasible ideas.
Now that most of the ideas have been brought to the Council’s attention the girls are going to determine which ideas they would like to follow through with next year.
Mayor Tucci congratulated the troop members once they finished their presentation. “I think that you have a lot of great ideas girls. We would be glad to help. You put a lot of time and effort into this project. Congratulations, you did a good job!”