Police get specialized vehicles for practically nothing

MLK week: Dreams can last more than a lifetime

Top spots to be shared in schools? 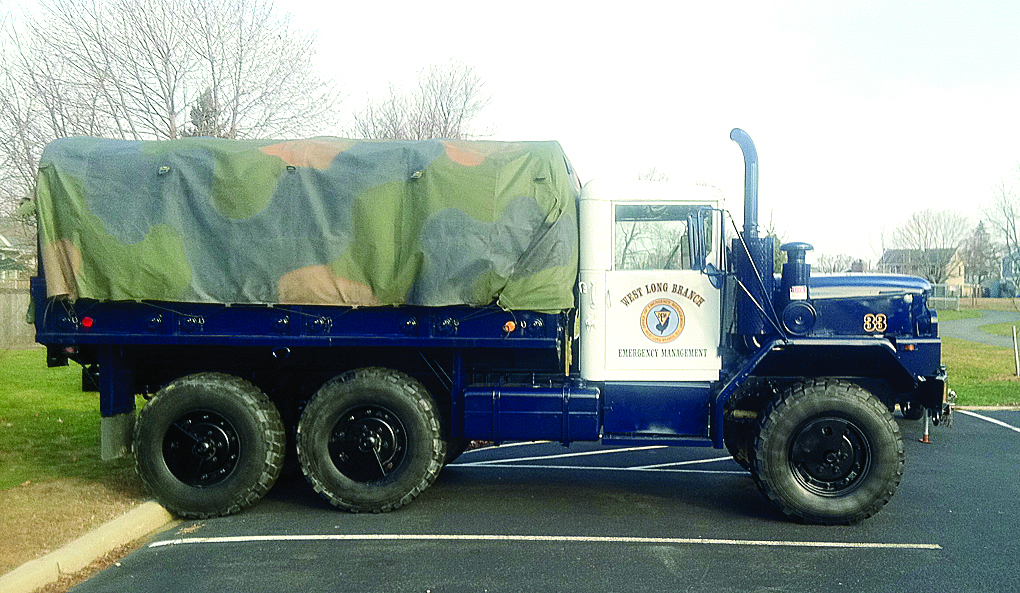 By Neil Schulman
West Long Branch — A military grade humvee can cost $150,000 or more, because it’s a specialty vehicle, built for one unusual purpose. “It is designed only for that reason: all terrain, all weather,” said Police Captain Lawrence Mihlon. 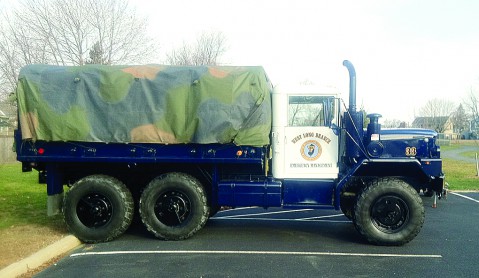 After some of the severe weather, including the blizzard of December 2010 and Hurricane Irene last August, the West Long Branch Police Department determined there would be times where their regular SUVs weren’t up to the job of going through several feet of snow or flooded streets. But with budget crunches, there was no way to get that much money.
Fortunately, all it cost the police was a drive to Vermont.
The police department has been able to get a humvee, some pickup trucks, a loader, and a large Army truck known as a deuce and a half, and numerous other vehicles for essentially free.
“It’s basically the cost of going to get it,” Mihlon said. In many cases, that means that all they need to pay is gas and travel costs. For a few, like some vehicles from Alabama, the police department pays for shipping.
Like the humvee, many of these have specific uses. The deuce and a half has high-tech tires, which essentially don’t go flat, and can be adjusted for different types of terrain.
“Ninety-nine percent of them are special purpose vehicles,” Mihlon said. “These are ordinarily vehicles that we cannot budget for.”
This equipment is government surplus, available through several federal programs, such as the General Service Agency’s State Agency for Surplus Property (SASP) or the Defense Logistic Agency’s Law Enforcement Support Office (LESO).
Under SASP, state, county and municipal agencies, as well as non-profits, are eligible for federal surplus. LESO’s slogan is “transferring property from the warfighter to the crimefighter,” and it arranges for surplus military equipment and supplies to be transferred to law enforcement agencies.
In some cases, the equipment might be brand new, if the federal agency ordered more products that they ultimately needed.
There’s quite a bit of bureaucracy involved in getting this surplus. Mihlon said that one particular officer deserves the credit for the success the borough’s had.
“Our surplus equipment program is actually spearheaded by Sgt. Brian Kramer,” Mihlon said. “He has developed a knack over time for dealing with the system.”
West Long Branch police have had so much luck obtaining equipment that they decided to share their techniques with other municipalities. On Thursday, Sgt. Kramer and Chief Arthur Cosentino held a workshop to help others take advantage of the programs.
Kramer outlined the steps involved in getting recognized for the SASP. Any agency applying must receive public funding, and is investigated by the government before they can begin to take part in the program.
Mihlon noted that more than just vehicles are available as surplus. The West Long Branch Police have also used it to get a light tower (a portable, elevated light).
It can even be used to get more mundane items, such as boots. LESO’s brochure points out that it can provide not only military-grade vehicles and weaponry, but also microwaves or refrigerators for a police office.