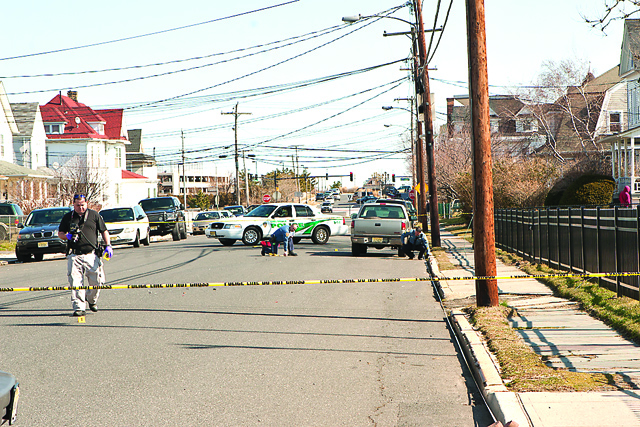 Long Branch Police rope off an area on Garfield Ave. to investigate the scene where a bicyclist was struck by a vehicle.

Long Branch — A Long Branch man has been charged with attempted murder and using his vehicle as a weapon after a bicylcist was struck with a truck. 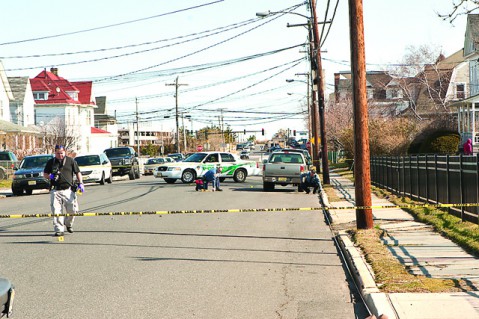 Long Branch Police rope off an area on Garfield Ave. to investigate the scene where a bicyclist was struck by a vehicle.

According to the Long Branch Police Department, on Feb. 18, shortly after 10:30 a.m., officers received a report of a bicyclist being struck by a motor vehicle on Garfield Avenue.
Responding Officers Raul Aponte, and Clinton Six located the victim and requested EMS for his injuries.
Glenn Frattin, a 64-year-old city man, was on scene. Police determined that his vehicle had made contact with the victim.
Police say the victim was riding his bicycle on Garfield Ave., when Frattin used his pick-up truck to strike him, and then proceeded to travel a substantial distance before stopping.
Sgt. Fernando Sanders arrived on scene and Frattin was placed under arrest.
Lead Det. Brendan Cahill along with Forensic Detective Brian Garret and Traffic Investigator Cesare Simonelli responded to the scene to continue the investigation. After an extensive investigation, Frattin was charged with attempted murder and using his vehicle as a weapon.