Illion hoping to soar with Eagles 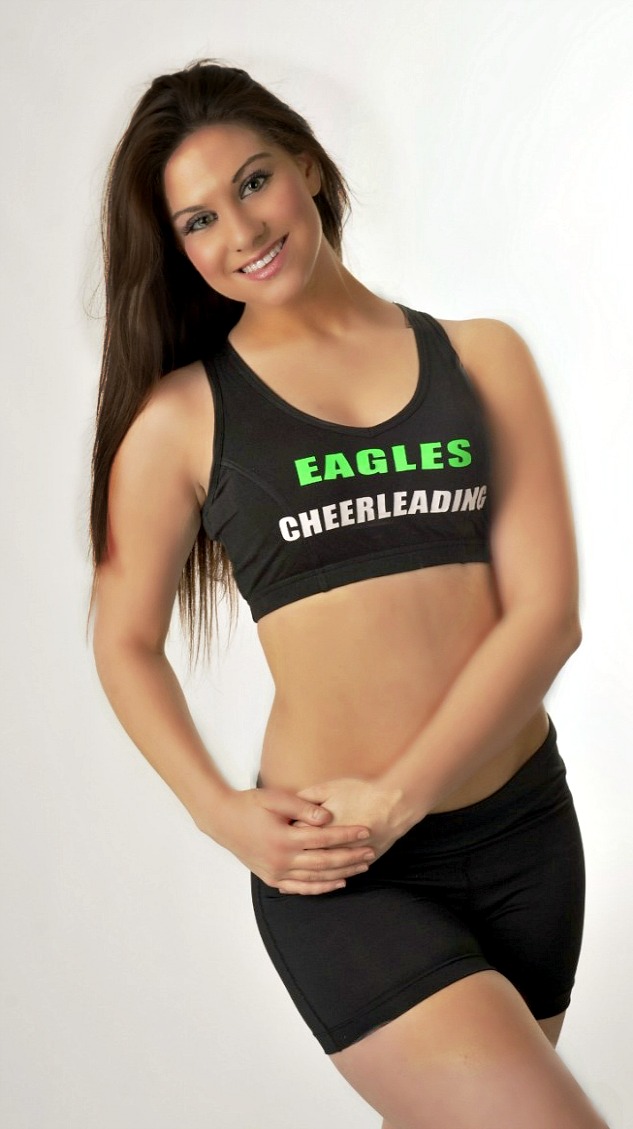 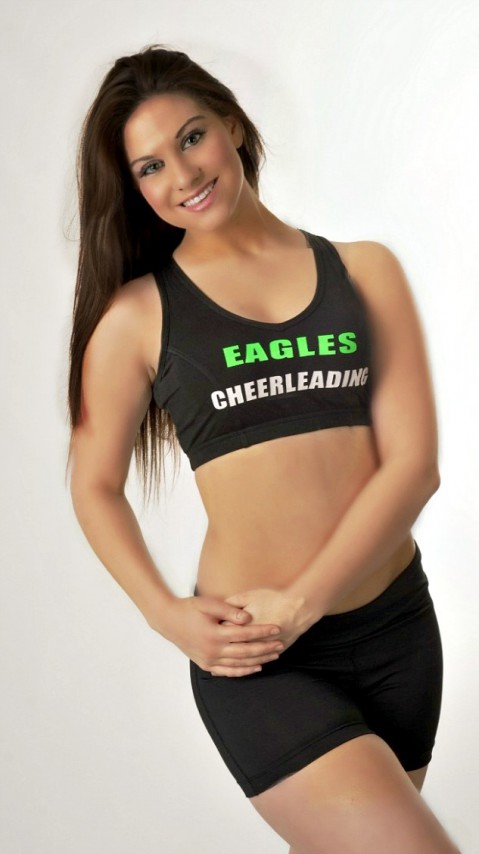 Morgan Illion hoping to soar like an Eagle
By Walter J. O’Neill, Jr.
Growing up in Long Branch most of her friends were fans of the Giants or Jets. So at an early age, Morgan Illion decided that she would not jump on the band wagon and decided to root for the Philadelphia Eagles.
Now the 19-year old graduate of Long Branch High School, who is a full-time student pursuing a career as a licensed dental assistant, might be standing or dancing on the sidelines at Lincoln Financial Field as one of the 38 lucky ladies selected to the 2012-2013 Philadelphia Eagles Cheerleading Squad.
Only a few National Football Teams have elite cheerleading programs, one the Eagles are one of those programs at the top. Over 67,000 fans pack into the stadium for home games and the squad of talented dancers gets to entertain them. Cheerleaders also get to be featured in national publications such as Maxim, Esquire, and Sports Illustrated. They also publish their own calendar of swim suit shots and travel doing public service appearance.
Illion has already established herself as model; she is compiling an impressive portfolio. She is comfortable in formal wear to body paint. When she was younger her time was spent at Aerials competing in gymnastics and taking dance lessons.
“Growing up when everyone would talk about the realistic dreams they had and what they wanted to see themselves as in the future I was always the one with the most outrageous thing you could name and that was to become a professional dancer or cheerleader,” said Illion. “I am one of hundreds even thousands of girls that had this dream and never did I think I would actually have the ambition to chase after it.”
When Illion reflects on her high school years she finds them filled with negativity. “It was a tough time for me in high school. I guess that all the negative feedback I got from everyone throughout the years made me push myself to go after what I love, which is my passion for dance,” said Illion.
When she learned that the Eagles were having open auditions for the cheerleading squad, Illion went into hard core training. “I go to the gym three or four times a week,” said Illion. “However, the most important part of training is good nutrition and staying away from the junk.”
At the first audition over 500 hopefuls showed up with the dream of becoming a professional cheerleader. All the candidates were given a routine to learn and then had to perform in front of judges. Illion made it through the first two rounds and will be fighting for a spot in the finals.
Wednesday night, as The Link News goes to press, Illion will be in Philadelphia hoping that she is one of the 30 cheerleaders that will make it to the finals. “The most important thing for me is to have fun and enjoy myself while I’m at the audition. It is not all about talent and dancing, it’s about selling yourself,” said Illion. At the semifinals Illion will change up her attire, wearing something bright and sexy.
“I know looks are just as important as ability, and I intend to showcase both.”
Barbara Zaun is the Director of Cheerleading for the Eagles. Under her watch the squad has been featured in dozens of publications and has toured internationally. She is also the person behind one of the most successful swim suit and lingerie calendars in sports. Suzy Zucker is the choreographer for the squad. For the past seven years she has choreography the Eagles cheerleaders into one of the most notable squads in the National Football League. “I very impressed with both of their accomplishments and hope to work underneath them this season,” said Illion.
Of the 38 cheerleaders from last season all but eight will be competing in the finals. That leaves eight open spots and Illion hopes to be one of the 30 to make it to the finals, which will be a three day event near the end of April. “My mom was a little shocked that I made it as far as I have,” said Illion. “I am one of the youngest in the competition. But I am living my dream.”