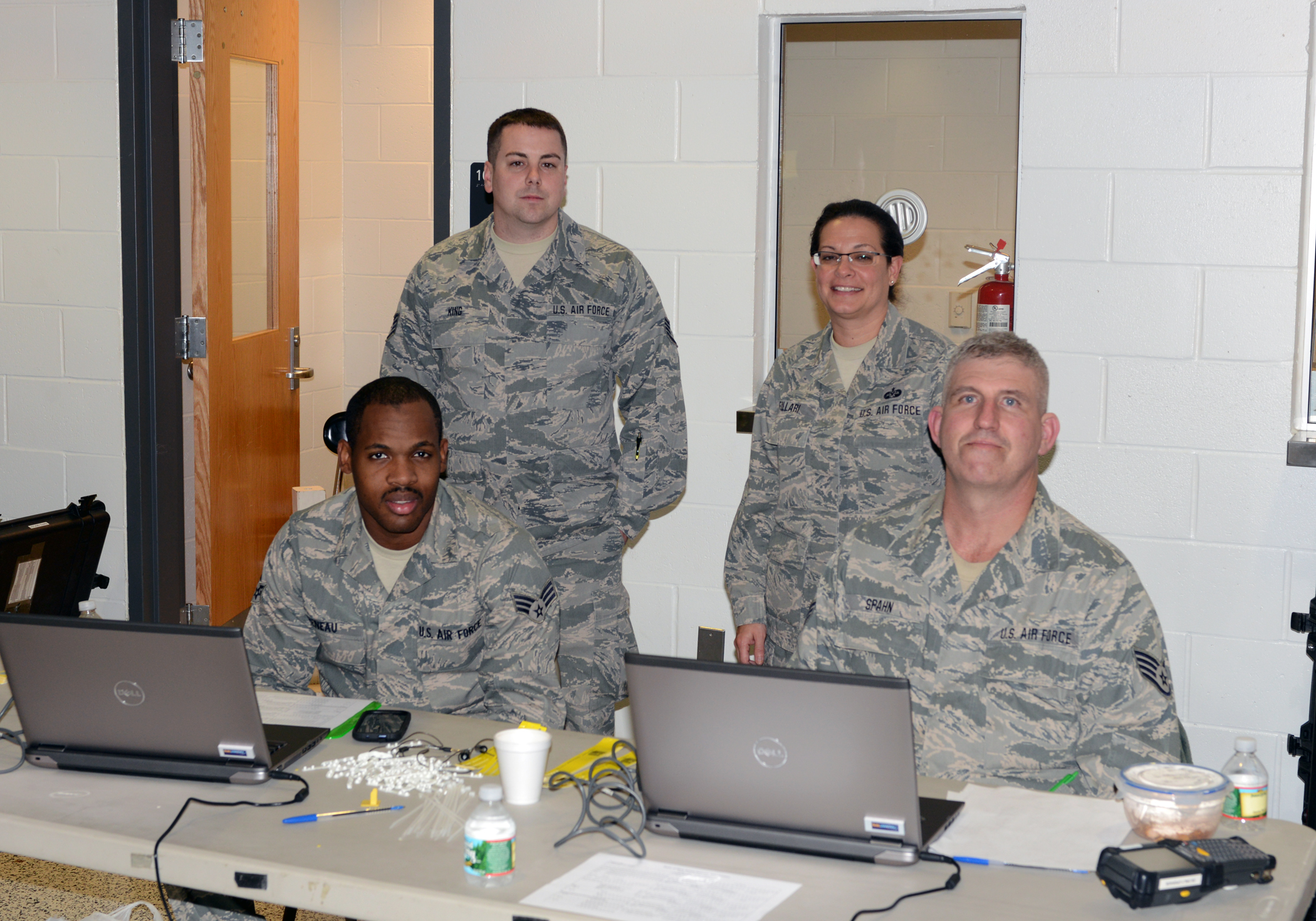 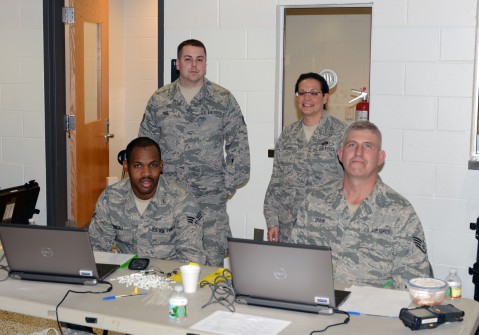 Long Branch – More than a dozen members of the New Jersey National Guard have been dispatched to assist in the operation of the emergency shelter set up at Monmouth University.

As residents evacuated the city they were first sent to the Long Branch Middle School for intake registration. “The state of New Jersey has contracted with Radiant RFID a company which specializes in evacuation management,” said Sean McManus, technical specialist with the company. “Those needing to evacuate are asked to complete a short form. That information is then entered into a computer and a wrist band with a smart chip is then scanned and assigned to that individual.” People are then transported from the Long Branch Middle School to the Monmouth University.

The wrist bands enable officials to keep an accurate count on those entering and leaving the shelter. “Using a hand held scanner we check each individual as they leave the school, enter the bus that takes them from the school to the shelter,” said McManus. He added that this is the most advanced system and can even track pets when separated from their owners.

According to the National Guard at the Long Branch Middle School only 71 people had registered and been transported to the Mac Center at Monmouth University. The state and county had established the MAC Center as the official evacuation site. However, pets were not welcome at the location.

One of the soldiers stated that they will be at the locations for the duration of the storm.