Liquid gold to those who are cold 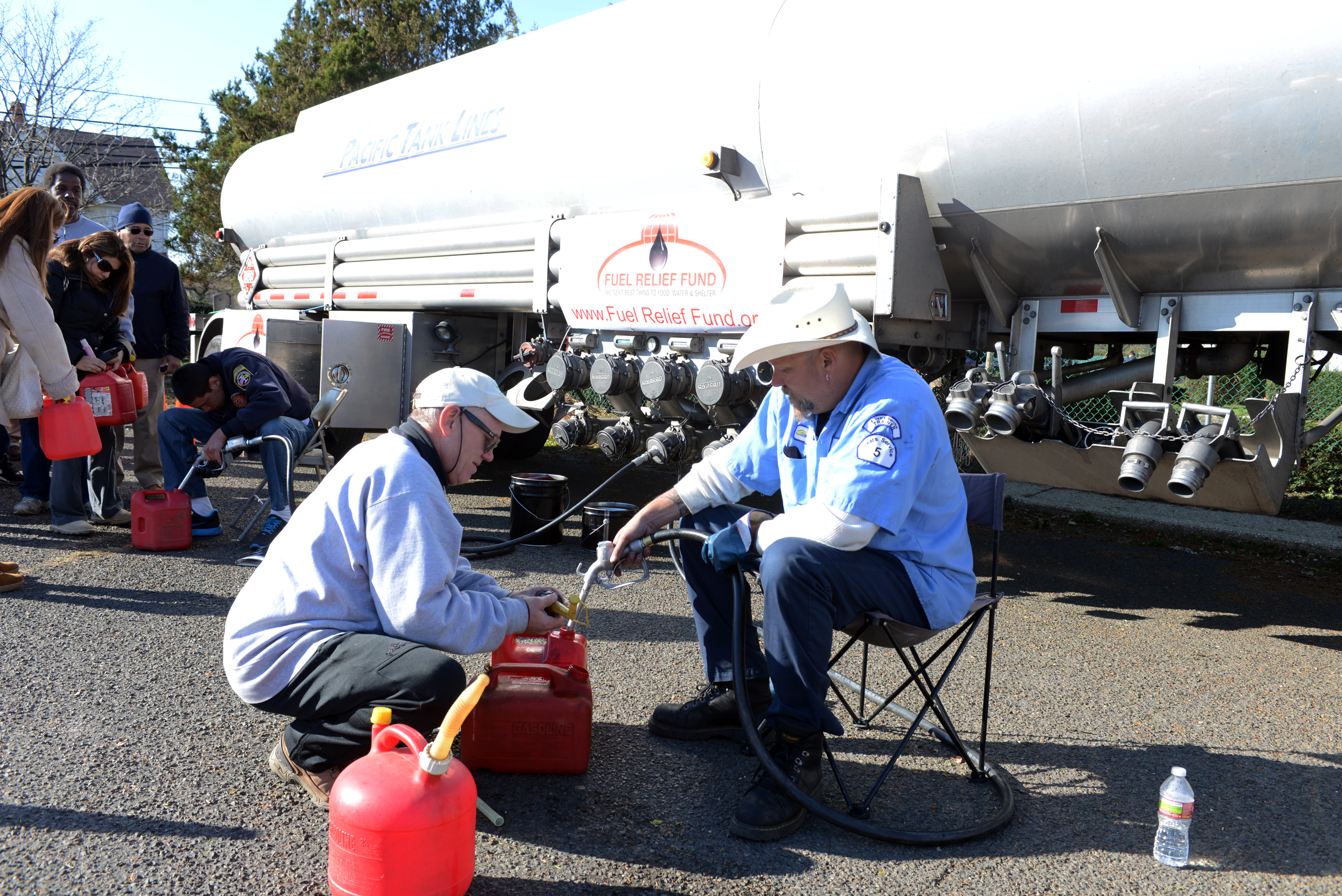 Brian Runestad from California drove a tanker truck with 7,800 gallons of gasoline to Long Branch as part of Fuel Relief Fund 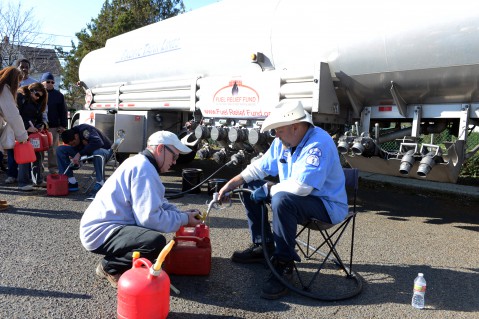 Brian Runestad from California drove a tanker truck with 7,800 gallons of gasoline to Long Branch as part of Fuel Relief Fund

Long Branch – Hundreds of people stood on line Monday with their gas cans in hand. They were not at a Mobil, Exxon, Shell, Hess or BP stations. They were on Union Avenue, Long Branch in a parking lot where a California millionaire and his non-profit company, Fuel Relief Fund, were filling the cans for free.

Following the 1992 Hurricane Andrew storm that decimated Florida, Ted Honcharik, who lives in California, wanted to help his family who lived in Florida and residents. Honcharik owns several major companies, one of which is Pacific Tank Lines, a fuel-hauling business. “It became apparent to me that so many organizations stepped up with temporary shelters, food, and water. But, the lack of fuel resources became immediately apparent and the kernel of an idea was planted,” said Honcharik.

Following Hurricane Katrina the gulf area was nearly wiped away completely. He again saw the need for fuel. By that time Honcharik had established the Fuel Relief Fund, and board members authorized a “fuel relief” and a tanker truck loaded with gasoline headed from the “Eureka, I found it” state of California to Mississippi and then to Louisiana. Survivors of the hurricane were provided with free gasoline.

“When we saw the destruction that this area of our country took, we knew we had to get here and help,” said Honcharik. So he had one of his tankers fill up with 7,800 gallons of gasoline and 800 gallons of diesel fuel and put Brian Runestad behind the wheel and headed to New York first.

“It took me three and half days to drive from California to Staten Island,” said Runestad. Wearing his trademark white cowboy hat, he sat in a chair filling can after can. “These people need us, and we will not leave until we have drained this truck empty.”

Ana Gill was one of the many Long Branch residents who stood in line for gas. “I have a two-year-old granddaughter who is on oxygen and we are using a generator,” said Gill. “Thank God they were here today giving us gas.” Person after person praised Honcharik for the incredible gesture of giving away free gas.

It seems that traveling the world is not a big deal to Honcharik or his organization. Following the earthquake in Haiti he and his men went there for three months. They also went to Turkey following a disaster. “They needed coal, so we were able to rent trucks and get shipments of coal to those in need,” said Honcharik. He was also in Japan following the tsunami.

“While in Japan I was worried, scared,” said Honcharik. What concerned him was the radiation from the Fukushima Dai-ichi power plants. “You can’t see that danger, you don’t feel it. So I have no idea what it could have done to me. But those people needed fuel and we were there to help them.”

Honcharik stated that when power goes out for an extended period of time, gasoline becomes liquid gold. Unfortunately, in times like this some people take advantage of those in need. Price gauging, is something that Governor Christie said would be heavily enforced. Rumors have circulated of people selling two gallon plastic cans with gas for over $10.

“We have about $40,000 worth of fuel on this truck that we give away. And when it runs out we will drive to Delaware fill up and come back where we are needed,” said Honcharik.