Fort Monmouth as a shelter? 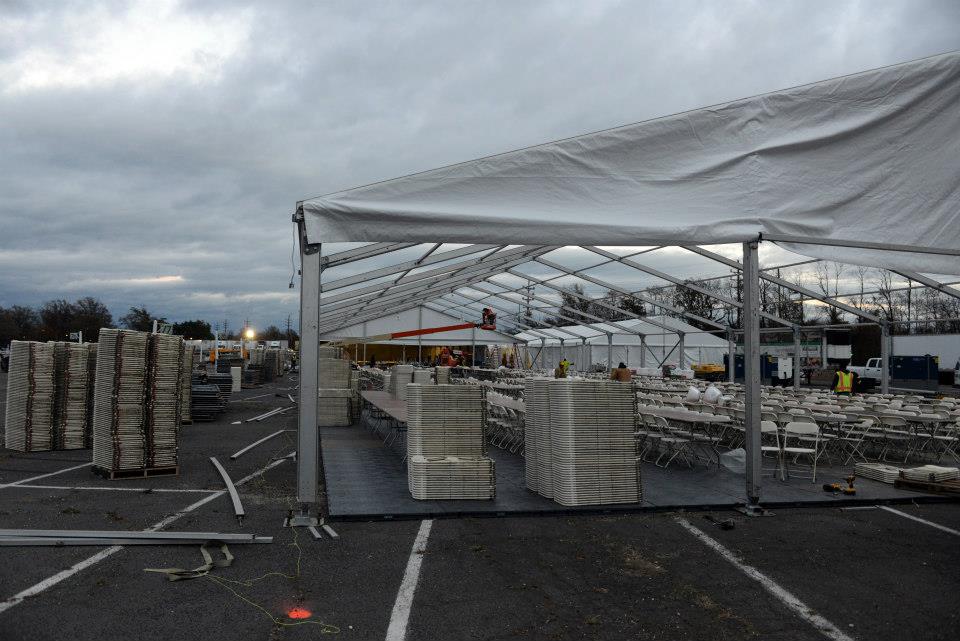 FEMA Tent City getting set-up on November 3, in the parking lot of Monmouth Park 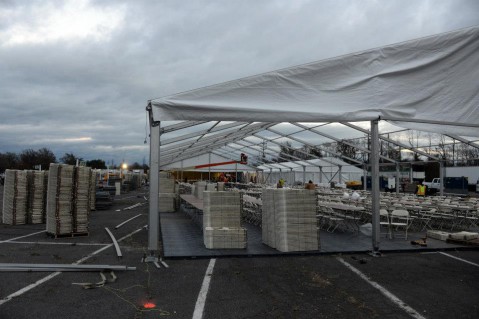 FEMA Tent City getting set-up on November 3, in the parking lot of Monmouth Park

Thousands are without a home since Hurricane Sandy pounded the east coast. Shelters were quickly established in our area; however nobody expected the amount of people coming in for help and the duration of how long they would be staying.

New Jersey had established a shelter in the MAC Center on the campus of Monmouth University. People from as far away as Atlantic City were transported to the university. Several days after the storm some horror stories of the smell and living conditions leaked out. The Link News spoke with one woman who was desperately trying to reach family members as she was scared to stay at the MAC. Officers from the Monmouth County Sherriff’s Office told us that people were fighting, stealing and going to the bathroom on the floors. Allegedly mandatory showers for all were instituted at the MAC.

Conditions were much nicer at the Red Cross Shelter set-up at Maple Place School in Oceanport. However, that school is small and over half the town was damaged by the storm, and they were getting more and more people in and running low on supplies.

Talk started spreading about using Fort Monmouth, which closed operations on September 15, 2011 as part of the Base Realignment and Closure Commission (BRAC). Most of the Army personnel were transferred to the Aberdeen Proving Grounds in Maryland, and other sites in Ohio, three to four years before the base closed.

Most of the military housing has been vacant for years. It was rumored that most of the quarters were stripped, and those that weren’t now have mold, bugs and just rundown. The base property is now controlled by the Fort Monmouth Economic Revitalization Authority (FMERA), the New Jersey organization in charge of redevelopment.

Several local politicians and Governor Christie have been trying to turn the former Army base into a shelter. Eatontown Mayor Gerald Tarantolo stated that they are hoping to get some federal funds to start the restoration process of those living quarters on the grounds of Fort Monmouth.

According to Tarantolo, some of the buildings that could be used as temporary homes include the on post noncommissioned officers’ housing, bachelor officer’s quarters and the former officer’s quarters. In regard to the large amount of units on Pine Brook Road, called Howard Commons, they are falling down and need to be blighted according to Tarantolo.

Over the last few days representatives from the Federal Emergency Management Authority (FEMA) and officials from the New Jersey Department of Community Affairs were visiting and inspecting Fort Monmouth brought cheers from local politicians.

Assemblyman Declan O’Scanlon (Republican from Monmouth County) stated in an issued press release that the response to the news that inspectors from the NJ Department of Community Affairs and FEMA were inspecting Fort Monmouth was a good sign. “I am very encouraged to know everyone is working together to assess the resources at Fort Monmouth that might be able to help us house our displaced residents,” said O’Scanlon. “We will continue to push for quick answers but the level of cooperation amongst the agencies involved is encouraging.”

Monmouth Park Race Track is the hub of activity since the storm. Inside the track over 4,000 pieces of equipment have amassed by utility companies from as far away as Washington State, Canada and Texas. One exterior parking lot is a site were trees have been dumped and are now being turned into massive piles of mulch.

Across from the main entrance to the track is what The Link News referred to as “Tent City.” Over a dozen huge tents erected over a period of five days by FEMA. Originally, we were told that it was just going to be a shelter for those displaced. Then the story changed to a FEMA headquarters for approximately 8,000 employees who would be hitting our area to work with all the claims.

We now know that over 1,000 people from shelters have been transported to “tent city” which is now a shelter. Rumors are also circulating that sections of the Grandstand will also be used as shelters for those displaced.

Following Hurricane Katrina, FEMA had purchased and shipped hundreds of trailers for people to live in. Unfortunately, that program was not successful. Many of those trailers sat unused.

One suggestion for our current situation is that FEMA bring in trailers to Fort Monmouth and base them in the 400 section of the base off of Oceanport Ave. That area was used by the Army to house trailers for years. It might be cheaper and quicker than trying to restore housing units.