Around Monmouth Beach – A time to be thankful 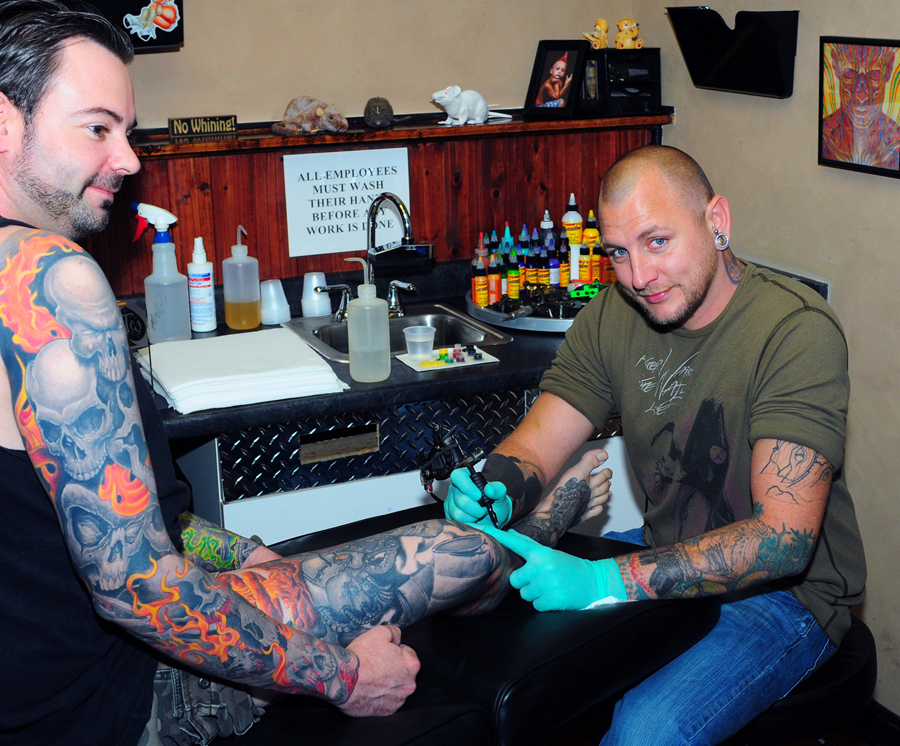 By Walter J. O’Neill, Jr. One of the most popular shows on Spike TV is called Ink Master. It is a reality show about tattoo artist competing for the title of “Ink Master.” You don’t need to go to Los Angeles or New York City to find an Ink Master, all you have to do is travel to 555 Broadway in Long Branch and schedule an appointment with Eric Eastburn, the award winning tattoo artist whose work has topped some Ink Master competitors. 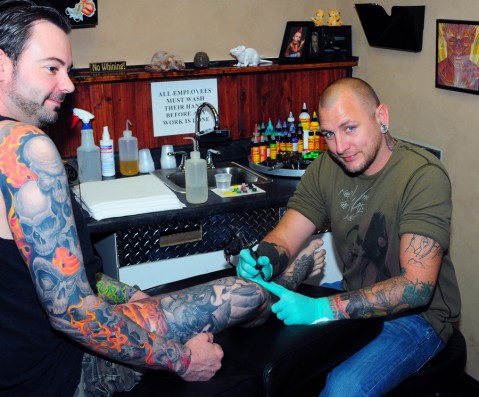 The upper thigh Mike Cremen is a tattoo depiction of horror scenes designed and tattooed by Eric Eastburn of Body Art Tattoos.

For the past three years he has won the best tattoo artist award at the Visionary Tattoo Arts Festival in Asbury Park. And just a few weeks ago his work won two awards at a convention in Atlantic City. His living canvas is Mike Cremen of Manchester. “Three years ago he came into the shop and let me do whatever I wanted,” said Eastburn. And what he loves to do is horror theme tattoos. “I lucked out getting to do all the tattoos that I wanted.”  Together they planned and designed a work of art that has been winning awards at many trade shows and contests. Most recently Cremen entered the “Drawin The Wildcard” contest at the Tropicana in Atlantic City. Cremen won the award for best black and grey large sleeve and third place for best overall sleeves. What made this win so impressive for Eastburn is that he beat James Vaughn, the runner up last season on “Ink