More than $1,000 donated to Make A Difference against cancer

Basketball player collapses on court and passed away 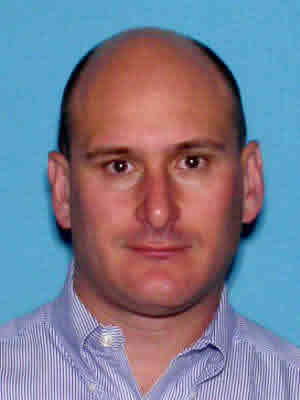 ﻿TRENTON – Attorney General Jeffrey S. Chiesa announced that Philip Angarone, the former director of marketing for Birdsall Services Group, a large Monmouth County-based engineering firm, pleaded guilty today for his role in a scheme in which the firm fraudulently avoided the restrictions of New Jersey’s Pay-to-Play Act by disguising illegal corporate political contributions as personal contributions of employees of the firm.

Angarone, 40, of Hamilton (Mercer County), pleaded guilty today before Superior Court Judge Wendel E. Daniels in Ocean County to an accusation charging him with third-degree tampering with public records or information and fourth-degree prohibited corporation contributions through employees. Under his plea agreement, the state will recommend that he be sentenced to up to 364 days in the county jail as a condition of a term of probation. He must forfeit $26,775 that was reimbursed to him by Birdsall Services Group for illegal contributions, as well as any contributions that are subsequently returned to him by campaigns or political organizations. He will be barred from public contracts for five years. Sentencing for Angarone is scheduled for April 26, 2013.

In pleading guilty, Angarone admitted that beginning in 2008, when he joined the firm, he participated in a previously existing scheme to make illegal corporate political contributions. Instead of Birdsall Services Group (BSG) making corporate political contributions to campaigns and political organizations that would disqualify it from public contracts awarded by certain government agencies, Angarone admitted that he and other shareholders and employees of the firm would make personal political contributions of $300 or less, which are deemed unreportable. Multiple personal checks would be bundled together by Angarone or others at BSG and sent to the appropriate campaign or political organization. Angarone admitted that he and the other shareholders and employees would then be illegally reimbursed by BSG in the form of added bonus payments, and the firm would falsely omit the illegally reimbursed contributions in documents filed with the Election Law Enforcement Commission and with government agencies that awarded the firm contracts.

“Mr. Angarone, whose former firm receives millions of dollars each year in government contracts, admitted he and others at the firm participated in a corrupt scheme to evade New Jersey’s pay-to-play law, which is meant to stop companies from using political contributions to improperly influence the awarding of such contracts,” said Attorney General Chiesa. “Illegal corporate contributions like those in this case undermine the fair and open public contracting process needed to ensure that government agencies strictly serve the public interest, not the interests of politically connected firms.”

“Our investigation into alleged illegal corporate political contributions made on behalf of Birdsall Services Group is continuing,” said Stephen J. Taylor, Director of the Division of Criminal Justice. “This elaborate scheme continued for years and involved scores of purported personal contributions that were under the $300 reporting threshold. The reality was that the company was sending out bundles of checks to campaigns and political organizations.”

Contributor information, including name, address and employer, must be reported to the Election Law Enforcement Commission (ELEC) for contributions of more than $300, but such information does not need to be reported for contributions of $300 or less. Every for-profit business entity in New Jersey that has received $50,000 or more in government contracts in a calendar year must file the Business Entity Annual Statement (Form BE) with ELEC to report public contracts that it has received and reportable political contributions that it has made.

Angarone admitted that on the Forms BE filed for BSG, he and others at the firm fraudulently failed to disclose the illegally reimbursed political contributions. In addition, he admitted that in connection with proposals submitted by BSG to receive public contracts, the firm filed numerous false Certifications of Compliance declaring that the firm was in compliance with pay-to-play rules.

Attorney General Chiesa and Director Taylor noted that the Division of Criminal Justice has established a toll-free Corruption Tipline 1-866-TIPS-4CJ for the public to report corruption, financial crime and other illegal activities confidentially. The public can also log on to the Division’s webpage at www.njdcj.org to report suspected wrongdoing confidentially.