Smentkoski gets 41 months in jail for death of LS principal 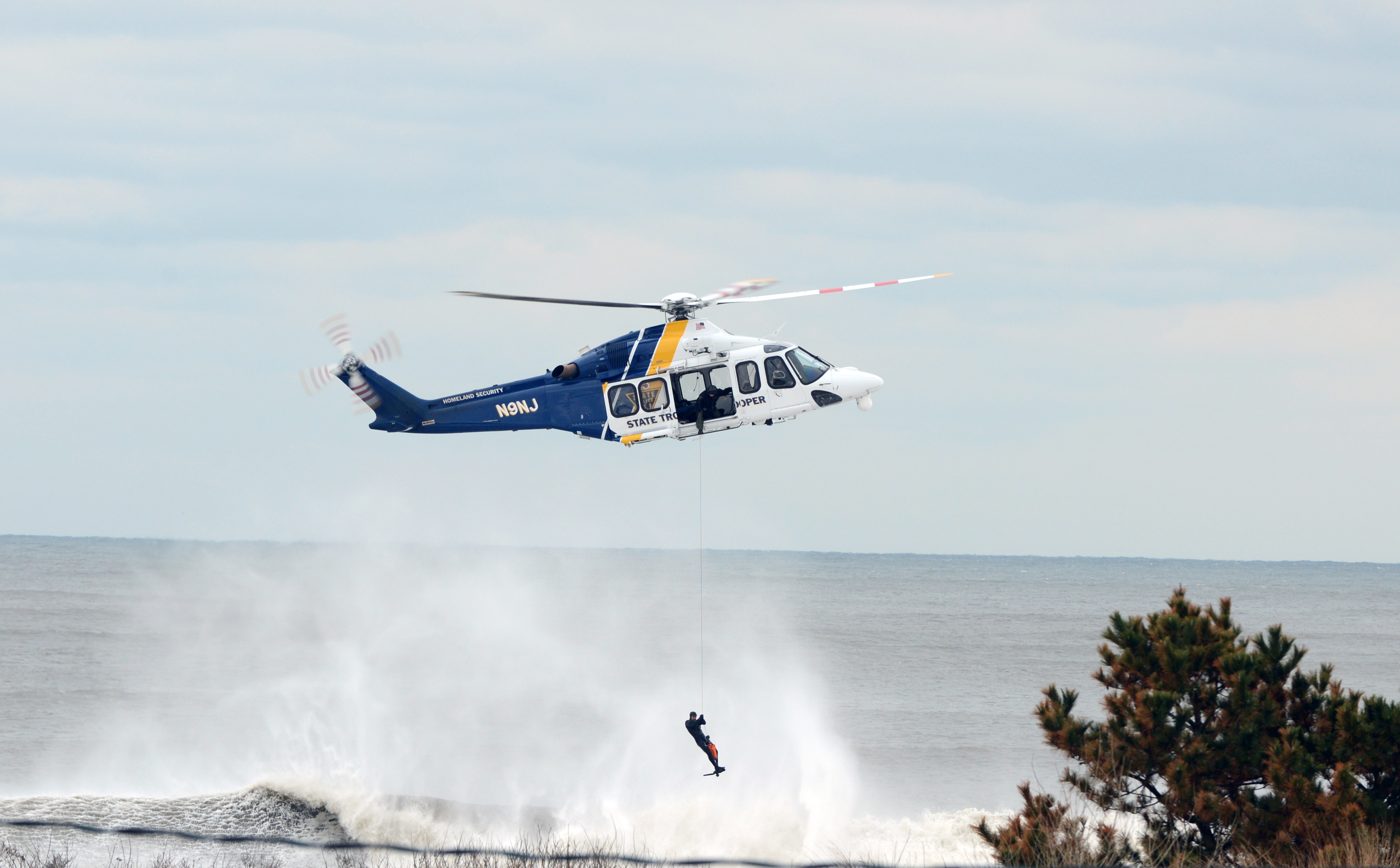 A surfer in distress off Seven Presidents Beach in North Long Branch is transported to the sand by State Police. 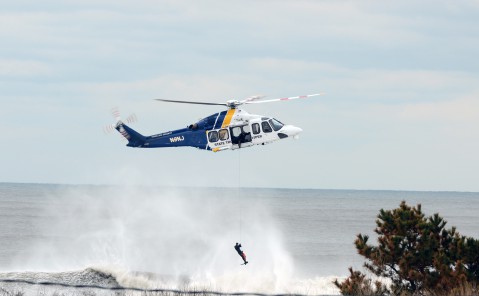 A surfer in distress off Seven Presidents Beach in North Long Branch is transported to the sand by State Police.

Around noon time today Police and firefighters responded to 7 Presidents Park on a report of a surfer in distress.

Wave height at the time of the incident looked to be about 10 feet, and the ocean was very rough and choppy. The surfer was spotted about 150-200 yards out in the rough seas wearing a full wetsuit but was not on a surfboard. He was waving his arms and hands signaling that he was in need of help.

Long Branch Police and first responders could not attempt a rescue from shore, and called the New Jersey State Police and U.S. Coast Guard for help.

Shortly before 2:00pm, a New Jersey State Police helicopter responded and hovered over the surfer. They lowered an emergency line with a harness and the surfer was able to swim to it, hold on, and was lifted out of the water and placed on the sand.

He was seen walking off the beach with first aid and police officers. As soon as more details are available The Link News will update this story.

Surfers dotted the ocean all along the Long Branch shoreline unaware that one of their surf buddies was being lifted to safety by a helicopter.

Despite freezing temperatures and the threat of Armageddon, hundreds of surfers enjoyed the large waves on Friday afternoon. 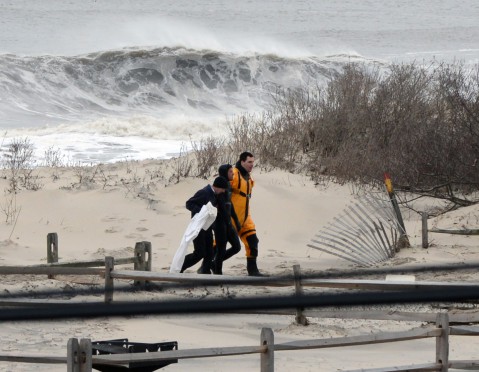 After reaching the safety of the beach, first responders walked him to a waiting ambulance. 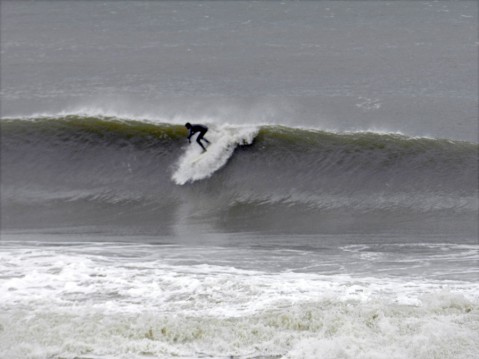 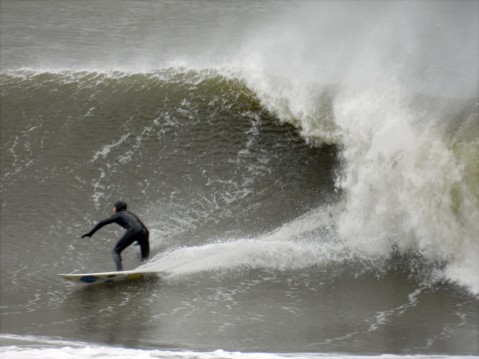 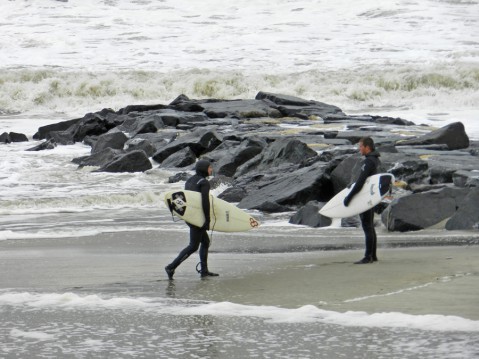 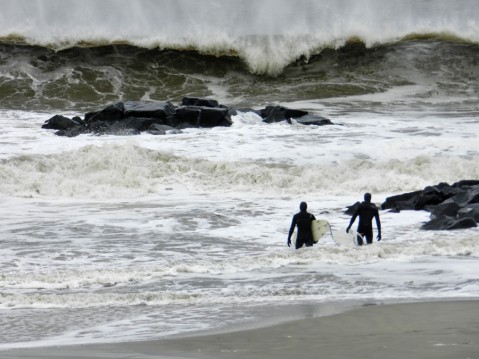 Heading out for a few more rides.