Shore sweeps Wave in the pool 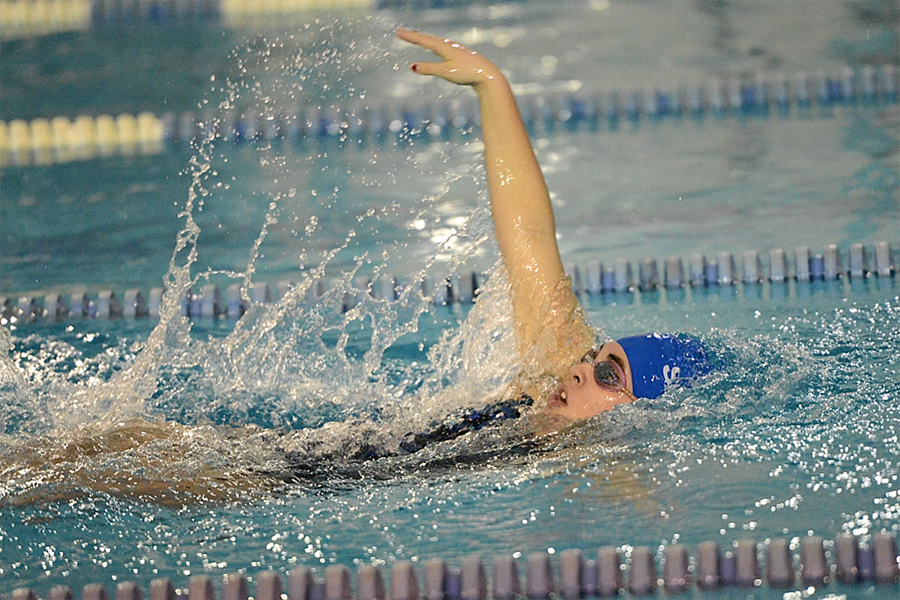 By Skip Pierce
Both the boys and girls Shore Regional swim teams topped cross town rival Long Branch in their annual swim meet.  Leading the Shore boys to a 99 to 70 victory were Luke Dwyer and Patrick Thormann, with both scoring two individual wins and two wins in relay events. 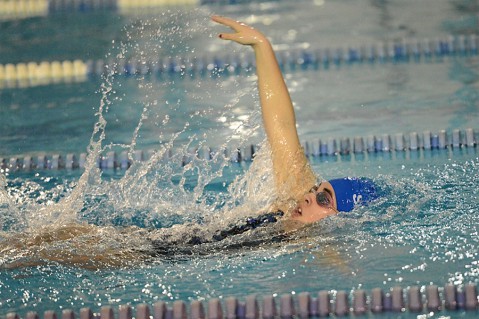 Thormann was first in the 200 freestyle and the 100 butterfly.  Dwyer took first place in the 50 freestyle and the 100 backstroke.
The Blue Devils swept the three relays starting with the 200 medley relay with a squad composed of Dwyer, Kevin Anfuso, Thormann and Mark Massaro.  Shore captured the 200 freestyle relay with a quartet of Robert Greenberg, Massaro, Emmanuel Cruz and Dwyer. Coming together to win the 400 freestyle relay were Thormann, Cruz, Joe Isaacson and Greenberg. 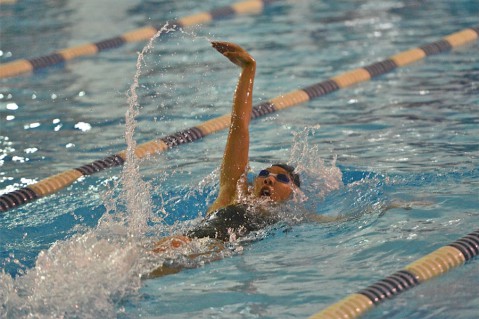 Brenna Strollo of Long Branch finished second in the 100 breaststroke at the Shore Conference Championships.

Yun Zhao made the best showing for the Long Branch boys with wins in the individual medley and the 100 breaststroke.
In the girls meet the Wave took first in six of the eleven events but the superior depth of the Shore squad propelled them to a 99 to 71 overall win.  Freshman sensation Helen Grossman led the Blue Devils with wins in the 50 freestyle and the 100 butterfly.  In addition, Grossman anchored the winning 200 free relay team joined by Julia Dunzelman, Katie Aitkens and Laura Phillips.  Dunzelman won the 100 freestyle and Elisabeth Racioppi captured the 100 backstroke for Shore. 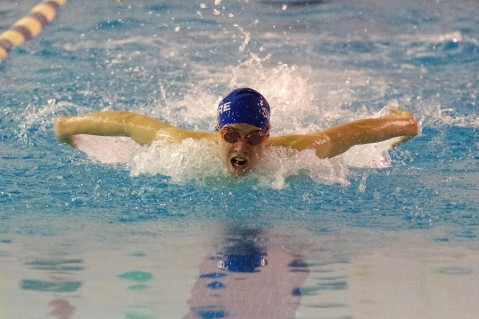 Leading Long Branch in a losing cause were Hannah Elliott and Hayley Masi, with each notching a pair of wins.  Elliott won the 200 individual medley and the 500 freestyle.  Masi took first in the 200 freestyle and the 100 breaststroke.  Elliott and Masi also joined forces to win the 200 medley relay teamed with senior Brenna Strollo and freshman Emily Balina.
Two days later the lady Branchers gained a bit of redemption, easily besting the Blue Devils in the team standings when they surged to a fourth place finish in the Shore Conference championships behind RBC, Toms River North and Manasquan.  Hayley Masi led the Wave by scoring in four events.  Masi finished fourth in the 200 freestyle and the 100 freestyle.
A team composed of Masi, Brenna Strollo, Hannah Elliott and Emily Balina captured third place in the 200 medley relay.  That same foursome later took fourth place in the 200 freestyle for Long Branch.
Hannah Elliott also took fourth in the 200 individual medley.  The best Wave effort of the day came when senior Brenna Strollo finished second in the 100 backstroke.
Only a single record fell at the Girls Shore Conference Championships when Shore’s Helen Grossman broke the meet record in the 100 butterfly with a clocking of 56.77, easily besting the old mark of 57.29 which had stood since 2006.  Grossman also finished fourth in the 50 freestyle.