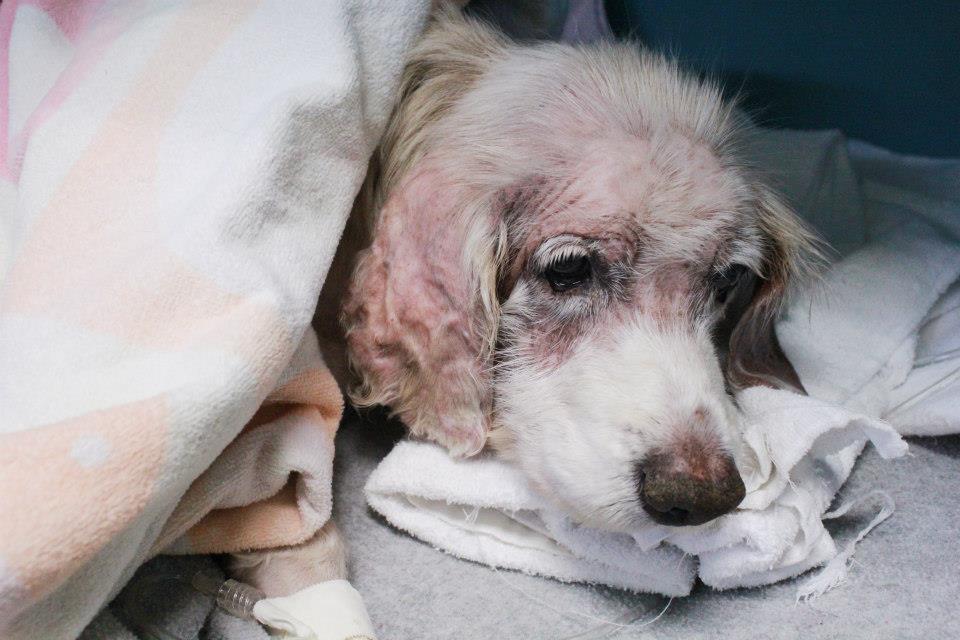 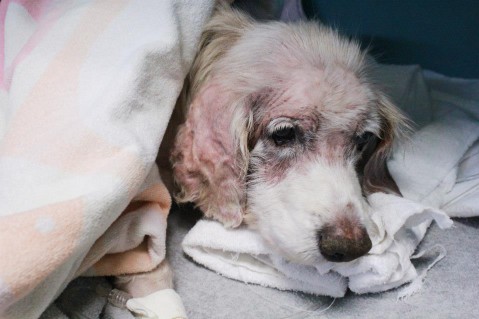 Samurai, who is now known as “Sammy” is showing signs of improvement after being discovered near death.

“Sammy” is a Cocker Spaniel who was allegedly discovered in a plastic bag on Belmar Road in Wall Township. The Brick man who found the nearly dead dog was touted as a hero for a short time.

However, it is now reported that Keith Morgan, 56, and his 43 year old wife, Shauna Ewing Morgan, have been arrested by the Monmouth County Prosecutor’s Office.

Charles Webster, spokesperson for the Monmouth County Prosecutor’s Office stated that both were charged with multiple counts of animal cruelty and interfering in an investigation.

“Sammy” was taken to the Red Bank Veterinary Hospital in Tinton Falls, where the medical staff was shocked at the condition of the Cocker Spaniel. When he was brought to the hospital it was reported that Sammy was encased in a cement of his own bodily waste. He was most likely confined in a small area that left him unable to escape his own feces and urine, according to Dr. Maria Glowaski.

It took the staff at RBVH several hours to shave Sammy clean, as they didn’t want to upset the several stressed dog. The hospital reported on Sunday, that Sammy lifted his head and was able to eat some food.

Today, March 18, 2013, the hospital reports that Sammy is making positive progress and appears to have less discomfort in his feet. However, he has yet been unable to stand on his own without support.

Monmouth County Prosecutor’s Office stated that the multiple counts of animal cruelty charges are being sorted out. But they will include neglect, and a separate charge of abandonment.