Another body found in Long Branch

Crane topples over in Monmouth Beach

Long Branch — Police are investigating a dead body found in a Cleveland Avenue yard on Wednesday morning. A report of gunshots heard in the early hours  were called into 911 by the woman. According to Long Branch police officials, a 56-year-old man was found dead in a nearby homeowner’s backyard. The woman  couldn’t sleep and went into her yard to see if any rabbits were playing on the lawn, and that’s when she spotted a body, lying face down in her backyard. Police closed off the block that morning, and were on scene investigating the neighborhood, taking photographs and using K9 units.
The body is said to be that of a Michael Wells, 56, of Point Pleasant a white male and believed who worked the overnight shift at Dutch Prime loading trucks. 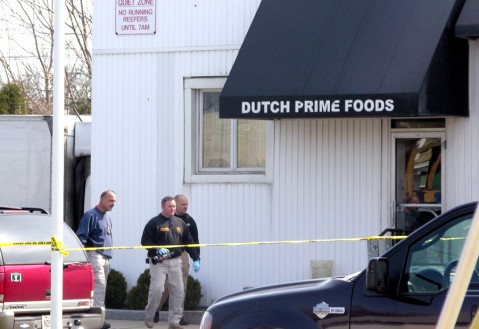 A friend of the victim,  said he was “A really nice guy and a hard worker.”

The motive for the murder, at this time, is believed to have been a robbery.

D&D Landscaping, a business next to Prime Foods, has cameras in the area of the murder and it is believed the whole thing may have been caught on camera.