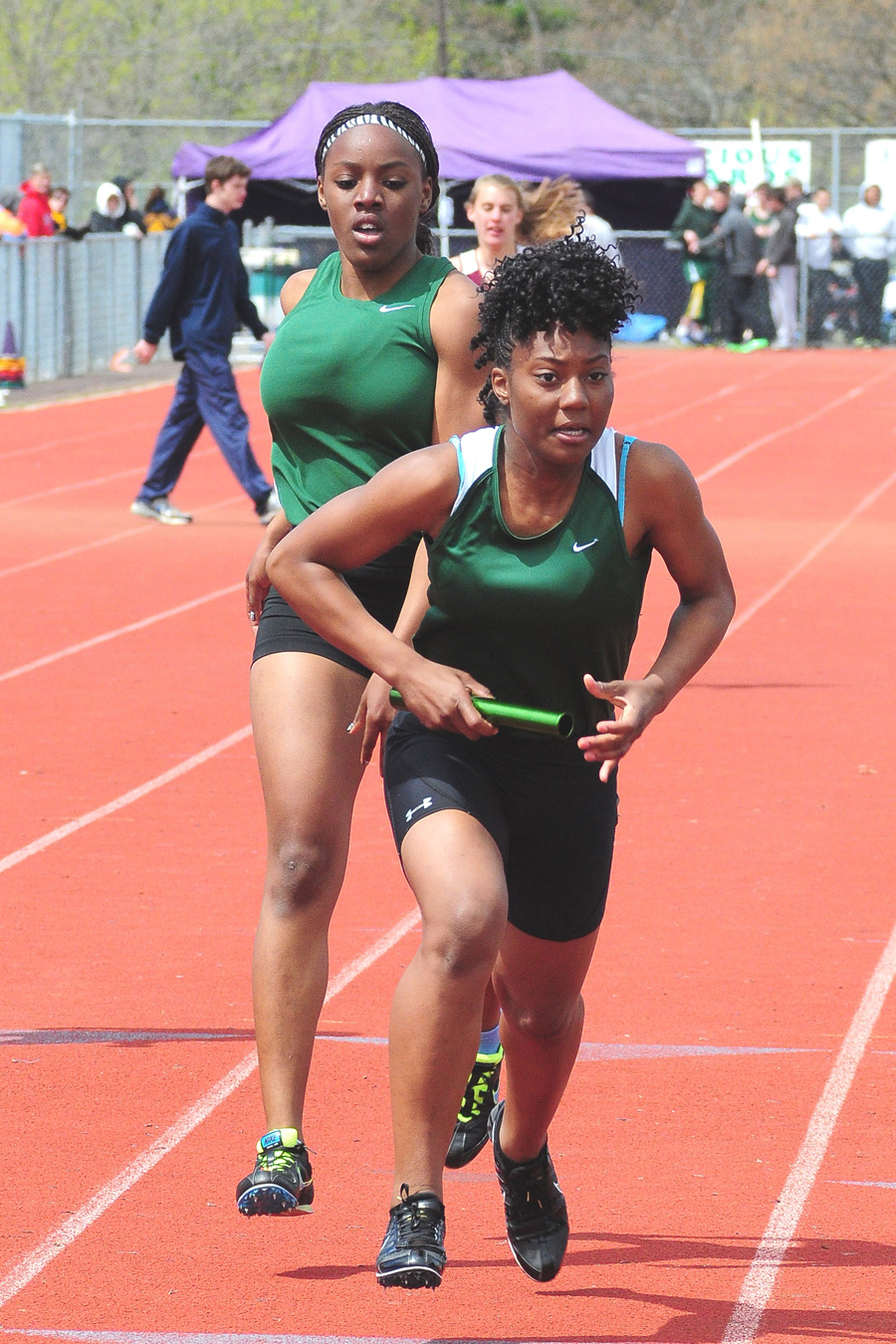 By Skip Pierce
The Wave boys track team scored in ten different events and finished second in the 20 team field to powerhouse Christian Brothers Academy at the Colts Neck Relays. 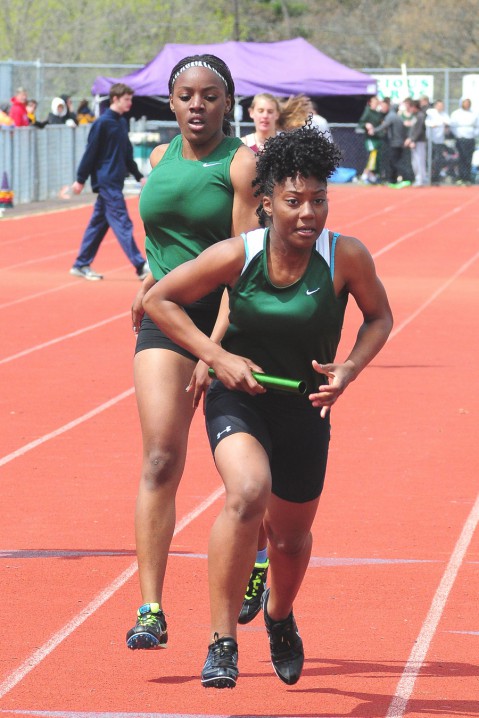 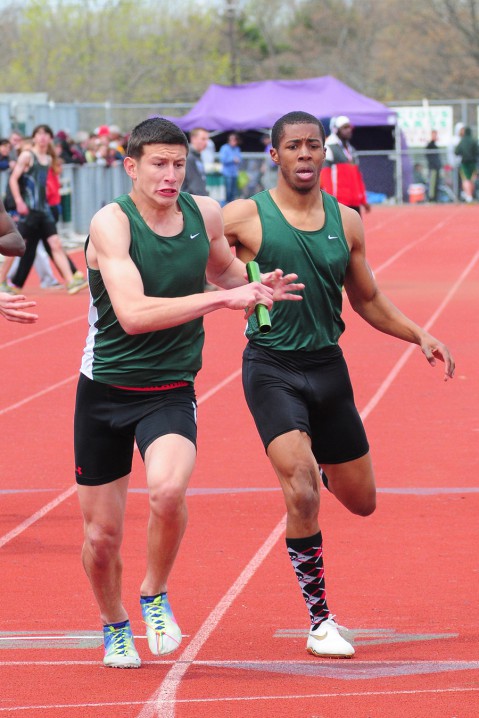 Long Branchís point total of 58 was just seven shy of the 65 scored by CBA. Following Long Branch were Colts Neck (47.5), Freehold Boro (47) and Red Bank (46).
The Branchers finished second in four events and second overall, so it appeared the bridesmaid hex was on. The lone Wave gold medal came in the pole vault. Here Brandon Perez and Nick Pappayliou both individually achieved the top height of the afternoon and their combined efforts led to an easy win.
Hunter Baillie, Curtis Gunter and Jordan Rogers were busy all day, scoring in three events. This trio teamed with Myson Pennington to take second in the 4 by 100 and fifth in the 4 by 200. Long Branch edged out Neptune by just three one hundredths of second in the 4 by 100 for the silver.
Later Baillie, Gunter and Rogers were joined by Robert Mendez in the sprint medley. The Long Branch quartet took the silver here finishing just eight tenths of a second behind Red Bank.
Long Branch looked good going over the hurdles as well. Trey Smith, Ivan Jackson and Melvin Ramos combined to capture third place in the 400 meter hurdle relay. This group took on Kahlil King as the fourth man in the shuttle high hurdle and that team took the silver.
Long Branch demonstrated their balance scoring in the field events as well. Myson Pennington and Kalil Thomas combined for second place in the high jump. This was the third event in which the versatile Pennington earned points and his second silver. Arnold Hart and Marcus Foy finished fourth in the long jump.
The Pappayliou brothers Chris and Nick teamed up to earn fifth place points in the javelin throw. Rounding out the field events were Saquan Gwaltney and Gerrell Carpenter with a fifth place finish in the shot put.
The Long Branch girls also enjoyed success at this venue. The Wave sprinter squad of Cleopatra Morrison, Ryasia Cunningham, Tanai Johnson and Camarie Brown scored in three events. The quartet finished second in the 4 by 100, third in the 4 by 200 and fifth in the sprint medley.
Share