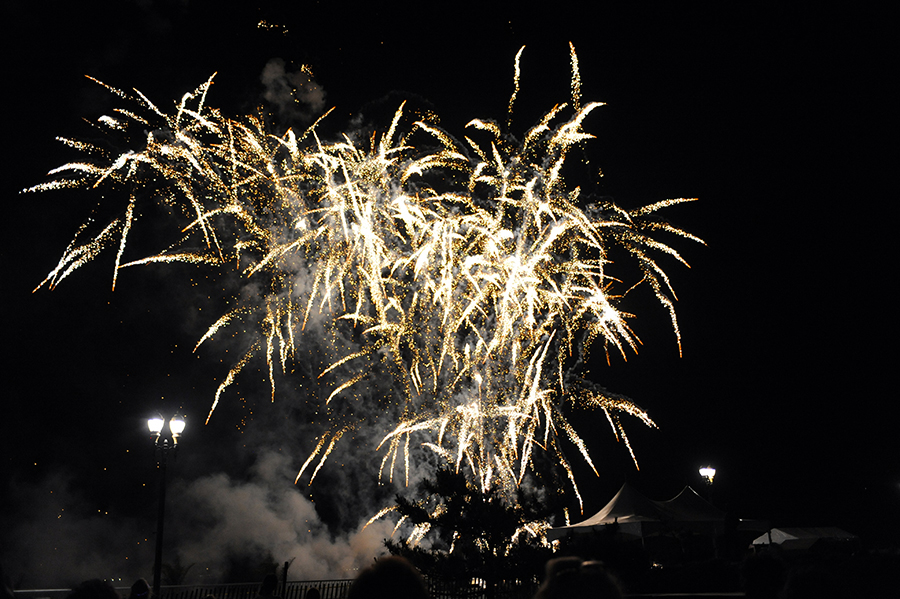 By Patty Booth O’Neill
This Fourth of July was a special one for the Jersey Shore, especially for this area. Those who live in Long Branch knew that with hard work the town, after Sandy, was ready for summer.
But many were fretting that visitors didn’t know Long Branch was up and running and better than ever. And on top of that, there were more days of rain and thunder and lightening than not. And if it wasn’t raining, it was humid and temperatures were too hot to bear.
The equation was not adding up to a successful Oceanfest, the shore’s biggest Independence Day celebration that takes a full year to prepare for.
Due to budget cuts, towns and beaches being torn apart by Sandy and patrons not behaving themselves at July 4th celebrations in the past, many towns had cut fireworks and celebrations out completely.
After last year’s Oceanfest, The Greater Long Branch Chamber of Commerce Directors Nancy Kleiberg and Susan Woolley, began working with the city and planning for the 23rd celebration.
Did it go off without a hitch? No. It never does. But this year was more difficult with the added stress of unforeseen hurdles in the likes of Sandy and budget difficulties.
Vendors began reserving their spots on the Promenade and soon every booth was taken. The ever-coveted corporate sponsors needed to make Oceanfest a success, started donating, and soon it was evident that the fireworks display was going to be bigger and better than ever. Oceanfest volunteers held regular meetings and the event began falling into place and as the 4th grew nearer everyone involved realized it was a done deal. Oceanfest would happen, and as always, rain or shine.
“It turned out to be a wonderful day,” said Nancy Kleiberg, who drove around in a golf cart making sure everything ran smoothly. “We had no problems this year and there were more people here than at any other Oceanfest.”
As luck would have it, the skies cleared, the humidity faded and the beaches and Promenade filled to capacity. More people than ever had heard Long Branch was open for business and they arrived in droves by 10am, stayed all day, then enjoyed the amazing fireworks display at 8:30.
“This is one holiday we as a nation should not cut from our budgets,” Mayor Adam Schneider told the crowd before the fireworks began. “It’s our national birthday, and the one day a year we can all celebrate together.”