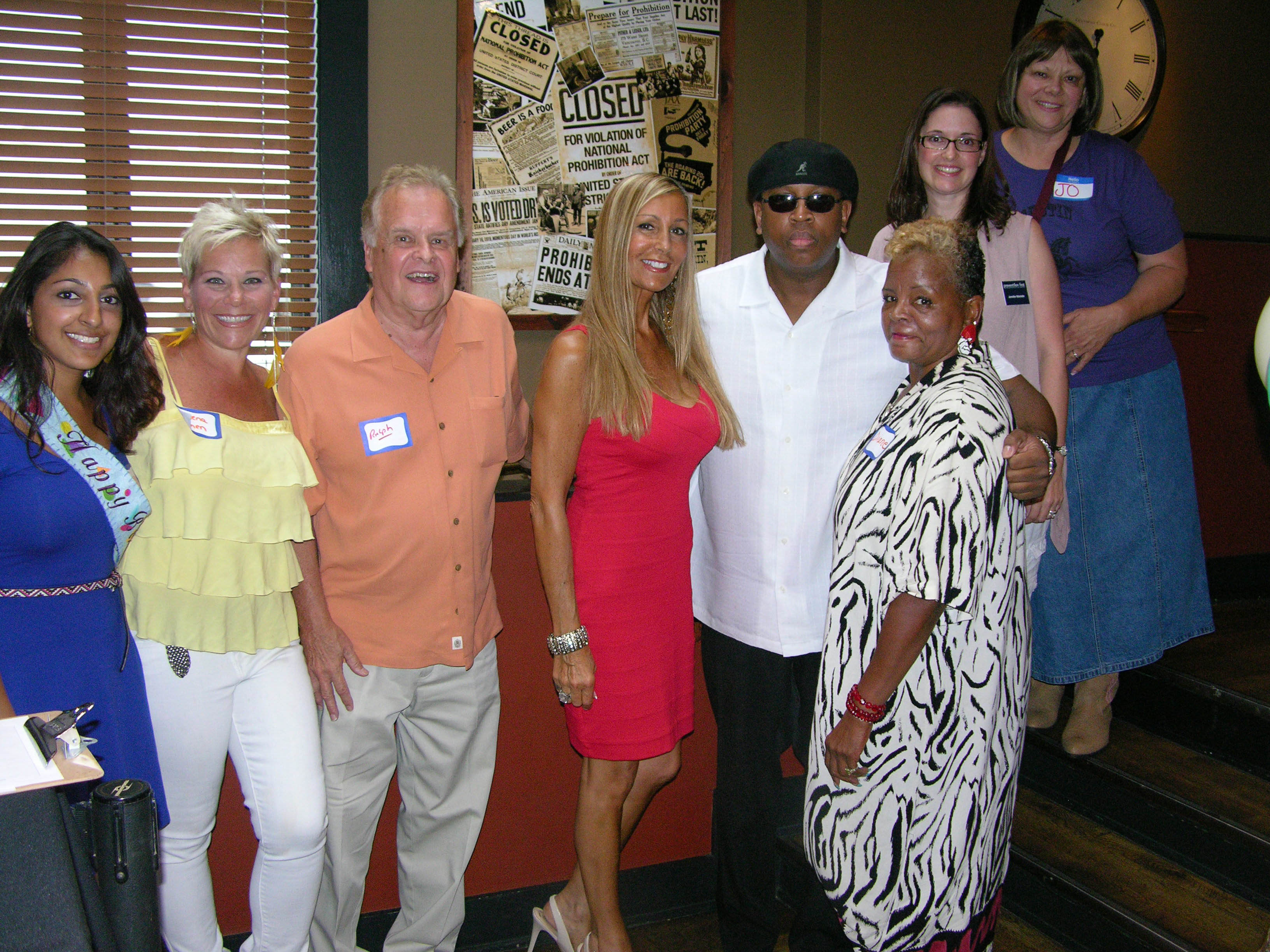 Organizers of the fundraiser Prevention First held at The Draft House on Friday.

By Neil SchulmanLong Branch —  The staff and supporters of Prevention First gathered together Friday night for a fundraiser at The Draft House in West End.

Proceeds from the event will help Prevention First with its missions of preventing substance abuse and violence in the community, said  Jennifer Marziale,  Community Development Specialist.  While some of their the non-profit’s agency’s funding comes from grants, fundraising is an important part of the program too, Marziale said. That’s why they partnered with Draft House owner Jimmy Fields and Doug Proctor (also known as Dougy Fresh) to put on an auction and celebration. “They put together this fundraiser tonight to help us function,” she said. Radio station 95.9 The Rat also provided entertainment. The Draft House helped in another way, agreeing to implement a program that evening which Prevenion First has been advocating, 100 percent proofing. It covered the bar with signs explaining the policy.  “We have an underage drinking committee,” Marziale said. In order to prevent minors from obtaining alcohol, they’re suggesting all IDs should be checked “regardless of what age they look like.” Some people who are under 21, the legal drinking age, look mature for their age, she said. “You can’t tell by looks whether they’re 21 or older,” she said. (The flyers also explained that the age of 21 goes back to midieval times. Then, it was considered the age of responsibility, when a man could become a knight.) Prevention First has also worked with bartenders around Monmouth County, holding responsible beverage server training, teaching them how to identify false IDs and other issues. Proctor said the Draft House reaches out to foundations and non-profits like Prevention First to aid them with their fundraising. Often, these sort of affairs are held in hotels, where the non-profit winds up losing much of the proceeds to overhead for the event. “Here, whatever they make goes directly to them,” Proctor said.  Non-profits they’ve hosted include The United Way, March of Dime, M/S Society, Ronald McDonald House, Monmouth County SPCA, Big Brothers Big Sisters, Lunch Break, MOCEANS, and many more. “I felt it was important the Draft House reach out to the different foundations and non-profits,” he said.