Hat trick for Schultz in win

Marla Hooch from "A League of Their Own"

I went wandering around the mall, avoiding the kiosks in the center. I learned a few years ago that the day after Christmas they are gone. One year I bought teeth whitening gift certificates to use by the time my daughter’s wedding came around in August. The salesman assured me they would still be good. $100  each. Never got to use them. After Christmas customer service at the mall couldn’t, wouldn’t help me.

So now my teeth still do not glow in the dark.

Even more aggravating than disappearing holiday businesses are the people in center of the mallway who grab you as you walk by. “This salt scrub comes straight out of the Dead Sea, the oil comes from Israel. You have plenty of money but you have only one face. Miss you need this!” I feel rude, but I manage to escape.

I make it past the next booth, only to be snagged by the girl selling miracle flat irons. “You can show me, but I won’t buy anything,” I say.

“That’s okay, just give me five minutes. Today they are two for one, only $150,” she says. As I sit she takes a lock of my hair and straightens it. Then she takes a hunk and turns into curls, then straightens it again. So much I can do to my hair. So easy. The more I say I don’t want it the more of my hair she transforms. When I leave without a purchase (as I promised I would) the look of disappointment on her face makes my heart drop. It almost worked, but I left and made my way dodging the throngs of the pushy sales people that now inhabit the center of the mall.

I leave the mall, make it to Pier Village to take photos of the Tree Lighting and Santa, then go to my inlaws for dinner and finally home to do some work on the computer. Time for bed I finally get a

Marla Hooch from "A League of Their Own" 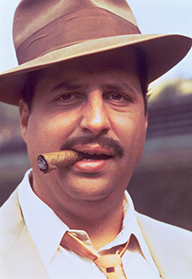 chance to look in mirror. My hair was so limp from the $150 flat iron treatment, I looked like Marla Hooch  from “A League of Their Own.” The one John Lovitz says to, “Are you coming? See, how it works is, the train moves, not the station!”

The next day I head to Toys R Us to find something for the love of my life, my joy, Charlotte, my  18-month old granddaughter.

One of her favorite activities is  being pulled in a rusty, squeaky Radio Flyer wagon my brother Mike found at a yard sale. She loves it. So I figured I’d buy her a new one for Christmas.

I meander down every possible aisle looking for other presents, too.
Lumps of plastic. Big lumps of brightly colored plastic shaped like dolls. They laughed, giggled, lit up, jumped up and down making baby noises, they peed, one farted, (yes farted).

I search for Thumbelina, Chatty Kathy. I remember how they smelled when I opened the package up for Christmas when I was five years old.
The lumps of plastic in Toys R Us didn’t even smell the same. I wasn’t sure what they were made of. I was getting depressed.

But the thought of looking at wagons cheer me up and I make my way to the rear of the store. Huge lumps of plastic shaped like wagons. Some had a table that popped up in the middle so adorable children could dine while they were being towed to the park.
“Graaaanddddmaaa ssstop ssso I can ddrrrriinnnkkk mmmy sssippppeee.”

They range from $100 to $200. Now I was getting angry and look up wagons made in America on my phone. Berlin Flyer (Berlin, Ohio) were sold at Home Depot.

I did buy a lump of plastic molded into an indoor slide on sale for $35. As I make my way to the check out a sales person asks me if I found everything okay. “I was looking for a wagon,” I told him so I could make my point.
“We have wagons in the back.”
“Do you have any that aren’t made out of plastic?”
“No we don’t.”
“Do you have any made in America?”
“No,” he leans in and says sotte voce, “nothing in this store is made in America.”
I get to the checkout. “Would you like to buy a waranty for $7 in case something goes wrong?”

“I’d rather throw it away,” I answer. She thinks that’s funny and starts to laugh. I had to laugh along with her. I’d rather feel clever than angry and frustrated.

But really all I wanted was a choice. An “imported” lump of plastic, or made in America. Let me have a choice.