Car on fire in a building 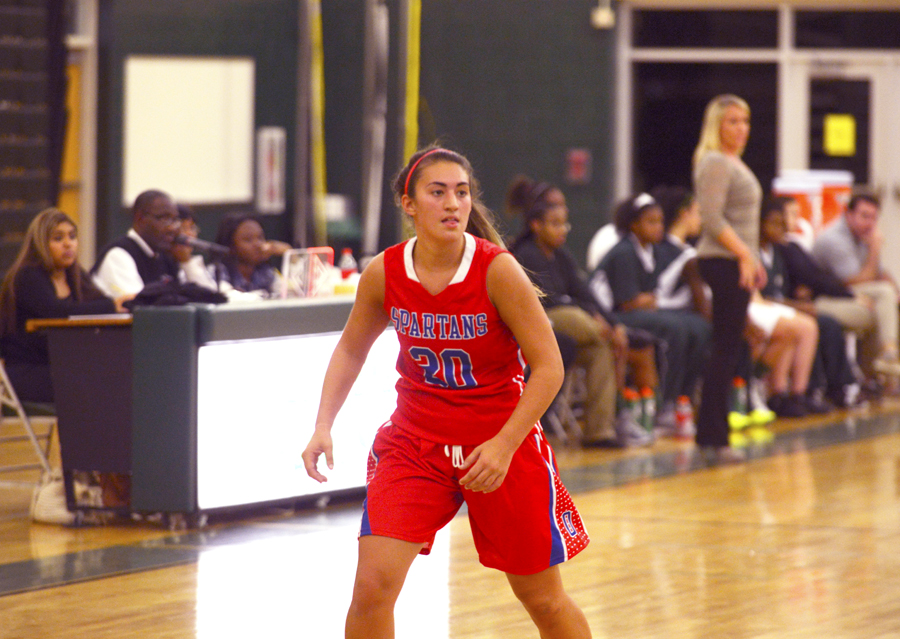 Leading scorer for Ocean Township in the 37-26 win over Long Branch was junior guard Danielle DeFillippo (20) who had 11 points and went 5-for-9 from the foul line in the fourth quarter.

Both schools are what coaches consider rebuilding years. For the Green Wave of Long Branch Shannon Coyle is starting her second season as head coach of the girls’ basketball program. In her rookie season the team finished 4-24. The record didn’t reflect the amount of progress she made in her first season.

Over in Ocean Township Maggie Kinkela returns to the bench for the first time in several years. She had been the head coach but decided to start a family. Now two children later she returns as the head coach and this is the start of her seventh season overall. Last season Ocean finished 3-22.

Coyle and Kinkela are coaches that believe in discipline, fundamentals and the basics of basketball. Both stated that the hardest part of turning around a losing program is changing the attitudes of the players and making them believe in themselves and the system that the new coach is putting in place.

Leading scorer for Ocean Township in the 37-26 win over Long Branch was junior guard Danielle DeFillippo (20) who had 11 points and went 5-for-9 from the foul line in the fourth quarter.

Ryasia Cunnigham (4) of Long Branch attempts to go past several Ocean Township defenders last Friday night during the opening game of the 2013-2014 season.

Long Branch for years was a program that would finish with one or no wins. Sometimes the players would appear to argue with each other on the floor or just give up. They lacked ball skills and fundamentals of the game. However, the district has started with a stronger feeder program at the Middle School level and Coyle is making improvements.

The Green Wave hosted Ocean on Friday night to start the 2013-2014 season, both teams play in the B North division of the Shore Conference. It was a good first quarter as Long Branch took a slight 8-7 lead. The second quarter was Ocean Township’s turn to take the offensive lead as they outscored Long Branch 8-6. Going into the halftime break the Spartans had a one point advantage, 15-14, lead over the Wave.

Starting the second half of action had the most scoring of the entire game. Long Branch had 11 points and only allowed Ocean to score nine. However, the Green Wave down fall occurred in the final quarter of the game.

The Spartans dominated the fourth quarter almost holding Long Branch scoreless. The Wave had a one point lead starting the fourth, and they only scored one point in that last quarter. While Ocean added 13 points, the most all night and won the game 37-26.

Leading the Spartans was Danielle DeFillippo, a junior guard with 11 points. During the fourth quarter she went 5-for-9 from the foul line during that 13-1 run for Ocean.

Over on the Long Branch side sophomore forward Quayniece Page had a game high 12 points. Her teammate CheKasha Andrews, also a sophomore, scored eight points in the loss.