Meet the Merchant Coming Out in April 2014 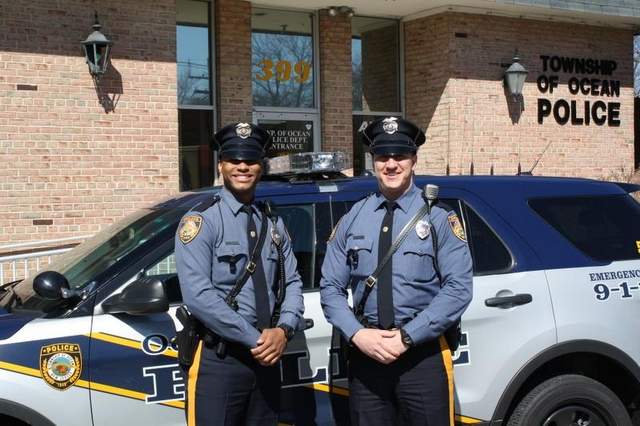 Township of Ocean Police Officers Raheem Carter and Kyle Kane delivered a baby boy on April 9, 2014 in the rear of a taxi at 7-11 on Deal Road

Township of Ocean – Every time a police officer puts on a uniform they never know what to expect. They are charged with the duty of protection of life and property through the enforcement of laws and ordinances. Sometimes the work can be routine, but a majority of the time an officer never knows what to expect when they report to work.

Wednesday, April 9, Patrol Officers Raheem Carter and Kyle Kane were working their shift when they were dispatched to the 7-Eleven store on Deal Road just before 6:00 in the evening. The call was a woman in labor in the back of a taxi according to Detective Lieutenant Kevin L. Faller. 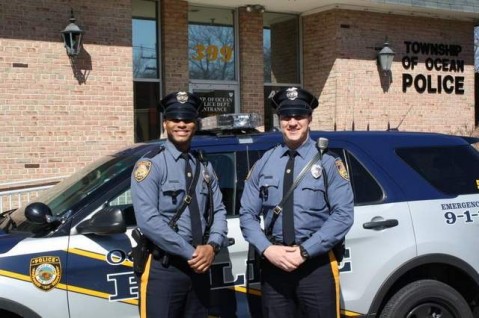 Township of Ocean Police Officers Raheem Carter and Kyle Kane delivered a baby boy on April 9, 2014 in the rear of a taxi at 7-11 on Deal Road

When Carter and Kane arrived they found the woman, who Faller stated was 28-years old and a resident of Lakewood, fully dilated and about to give birth. Emergency Medical Services were also dispatched, but the woman was not going to wait and went into active labor in the back seat of the taxi.

Carter and Kane, who receive training for situations just like this, were able to assist in the successful delivery of a baby boy. Oakhurst First Aid Squad and MONOC paramedics were on the scene shortly after the officers aided the mother and baby boy. Both were taken to Monmouth Medical Center.

Faller stated that officers have not had any contact with the woman since she was transported to Monmouth Medical Center, and they have not provided her name or any other details on the baby boy. Carter and Kane will now be able to wear a special pin on their uniforms of a blue stork holding a baby in a blanket in its beak.