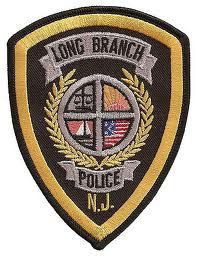 Long Branch – Police officers were able to disarm a woman who was about to stab herself with a steak knife on Sunday, April 27.

According to Public Safety Director Jason Roebuck in a prepared statement, police were called to an Ocean Blvd location on Sunday, during the day shift tour, for an unwanted subject. Corporals Mike McGowan and Juan E. Vasquez along with Officer Jen Gant responded.

“Upon their arrival the subject, identified as Beth McHose, refused to leave the residence,” wrote Roebuck. The statement added that McHose then ran into the kitchen and grabbed several steak knives. “She threw one knife towards the officers and began screaming, ‘I just want to die!’”

Police reports then say McHose then attempted to stab herself in the chest with the steak knife. “Vasquez and McGowan grabbed McHose and restrained her, while Gant forcibly removed the knife from McHose’s grasp utilizing her expandable baton,” added Roebuck.

Once McHose was disarmed the officers handcuffed the 45-year old and transported her to Monmouth Medical Center Crisis Unit for evaluation. No reported injuries as a result of the altercation and scuffle. “I want to commend these Officers for the restraint they used in what could have been a deadly force situation. Their actions brought the ordeal to a safer conclusion then it may have had,” wrote Roebuck.

Last week was a rough for the police; they had a shooting on Union Avenue and then the suicide jump from the radio tower. “Police officers in general are sometimes vilified for their perceived ‘overreaction’ to situations; I think it’s important to let the public know the other side of the story at time,” added the Director.