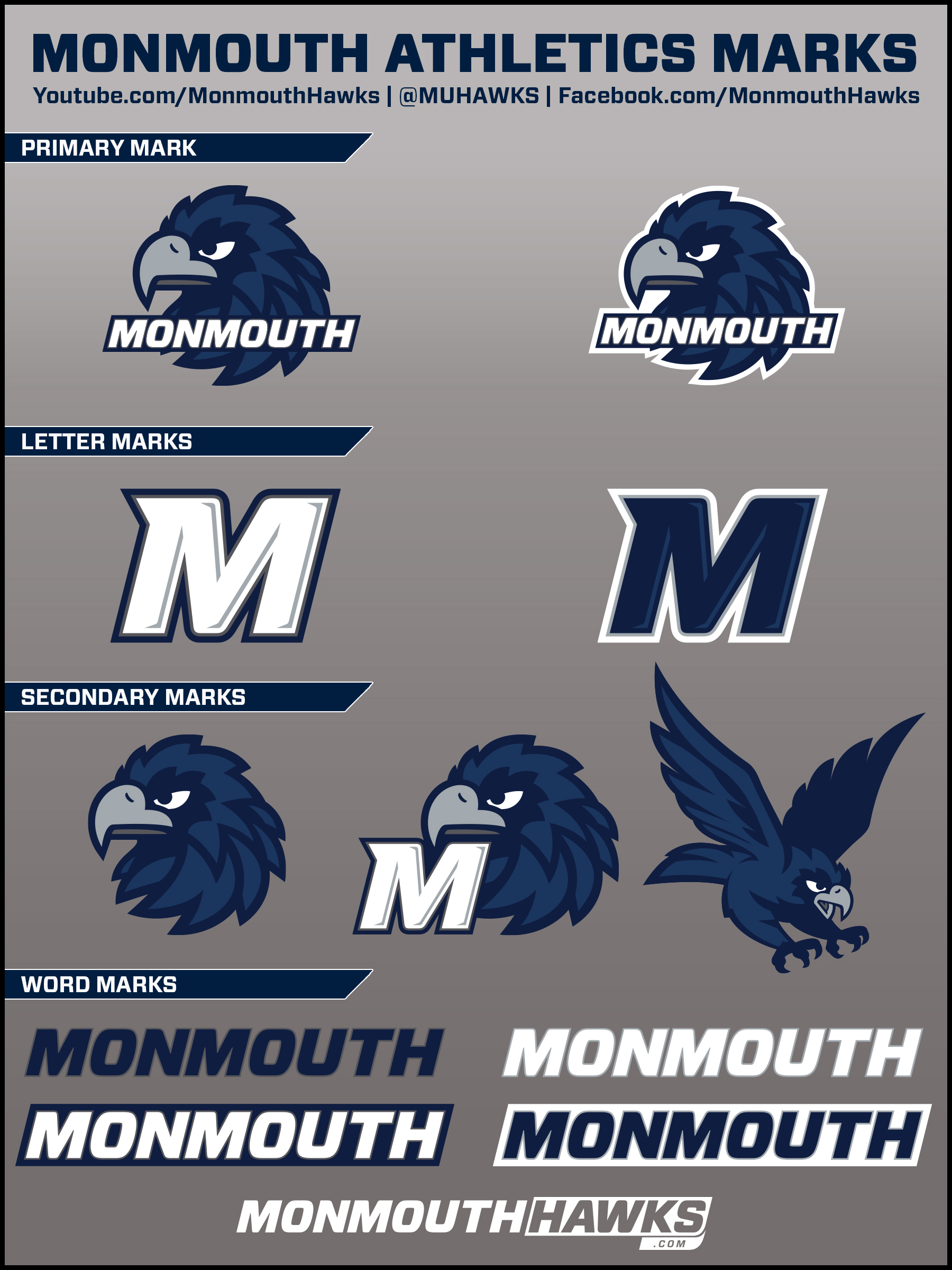 WEST LONG BRANCH, N.J.- The Monmouth University Department of Athletics unveiled its new brand identity and logo sets, including a new primary athletics logo and letter mark, on Friday, May 2.

The changed visual identity reflects a new era for Monmouth Athletics, with a recent move for the Hawks to the Metro Atlantic Athletic Conference and also to The Big South Conference in the fall of 2014 as an associate member of the league for football. 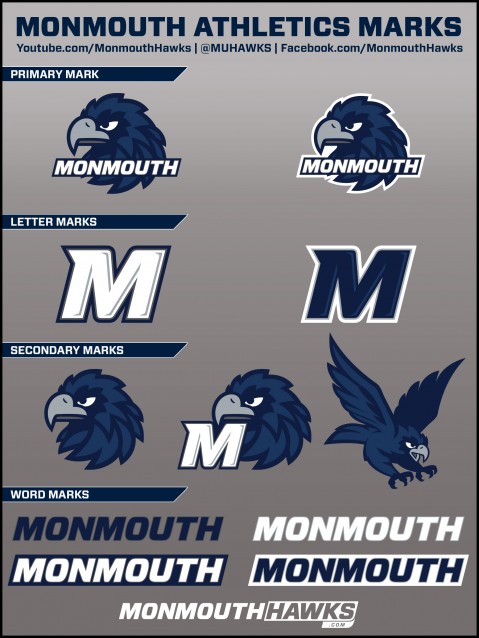 “Athletics is very excited about the new marks,” said Vice President and Director of Athletics Dr. Marilyn McNeil. “We had a small window to make some major changes, with our stadium field being replaced and our MAC performance floor being repainted. Our new active marks will be the focal points of these two important facilities. I believe our students, especially our athletes, will love the dynamic look of our new Hawk and the bold statement made by the spirit ‘M’. This is a perfect time for change, with our new conferences, our new president, and our new men’s lacrosse team. The new logos are the visual identity of Monmouth’s movement upward.”

The project includes a new primary athletics logo, two secondary logos, a primary wordmark and letter mark as well as sport-specific logos for each team and many athletics department support areas. In order to be fiscally responsible, the project is slated for a soft release, with the new logos and marks appearing around campus, on athletic facilities, and on our the uniforms of student-athletes and coaches in the coming year, replacing the old Hawk logo and interlocking MU mark that has been used since 2003.

The new primary logo for Monmouth University Athletics is the Hawk co-branded with the word ‘Monmouth’ in a modernized athletics typeface. A new Monmouth ‘M’ will replace the previous ‘MU’ letter mark that has been used in athletics since 2003. The two new marks will serve as the primary national identity of the Monmouth Hawks. In addition to the primary marks, there is a family of secondary logos that Monmouth Athletics will use as part of this new redesign.

Developing the new look was a team effort that began in the fall of 2013. A University-wide committee of coaches, administrators and community members contributed to the process of creating the new visual identity for Monmouth University Athletics. After an extensive process which saw multiple drafts and designs, the work was completed by New Jersey graphic design company Corsa Creative.

The visual identity marks were unveiled to the public on Friday, May 2, 2014 as part of Monmouth’s Pride Day held on the Shadow Lawn of the University’s historic West Long Branch campus.

Starting at 12 p.m. today, Monmouth alumni and fans can purchase a multitude of apparel and products with the new marks on them on the official online store of Monmouth Athletics, ShopMonmouthHawks.com. For the next two weeks fans can get a 10% discount on all t-shirts ordered with the new marks.

Founded in 1933, Monmouth University is a comprehensive private university located in West Long Branch, New Jersey. The 156-acre campus is just a mile from the Atlantic Ocean and about an hour from New York City. The University offers 33 undergraduate and 21 graduate degree programs, including a doctoral program in Nursing Practice. Students participate in more than 90 active clubs and organizations including the Student Activities Board, 14 fraternities and sororities, six media organizations, and an NCAA Division I athletics program fielding 21 teams.. For a ninth consecutive year, Monmouth has been included in the roster of “Best 378 Colleges” published by The Princeton Review. Only 15 percent of America’s 2,500 four-year colleges earn this distinction.