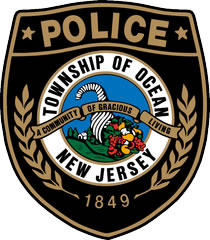 Township of Ocean – Police arrested two men on May 13, following a call of a disturbance at store located on Highway 66 according to Detective Lieutenant Kevin L. Faller.

Around 3:00 p.m. that day officers were dispatched to the GameStop store located at 2301 State Highway 66. It was that a commotion was taking place in the store with two men who were attempting to sell items to the clerks.

Faller stated that when officers arrived they found two men, who police identified as Clifford Fenelus, 24, of Ocean and Yves Joseph, 19, of Asbury Park attempting to sell items that were believed to be proceeds from a burglary in Asbury Park.

“As police were attempting to place the two under arrest, Fenelus began resisting and fighting with the officers,” wrote Faller in a prepared statement. “During the struggle Sergeant Patrick Martin was assaulted by Fenelus causing a minor injury to one of his fingers.”

Police charged Fenelus with receiving stolen property, resisting arrest and aggravated assault on a police officer. The Honorable Louis Garippo set bail at $10,000 with no option of 10%. He was booked and transported to the Monmouth County Correctional Institution in lieu of bail.

Joseph was also arrested and charged with receiving stolen property. He was released on a complaint summons. No court date has been set for either of the two accused.

Officers that were involved in the arrest were Sergeants Martin and Brendan Bruther, along with Officers Ryan Krug, Ryan Vaccaro and Casey Larrison.