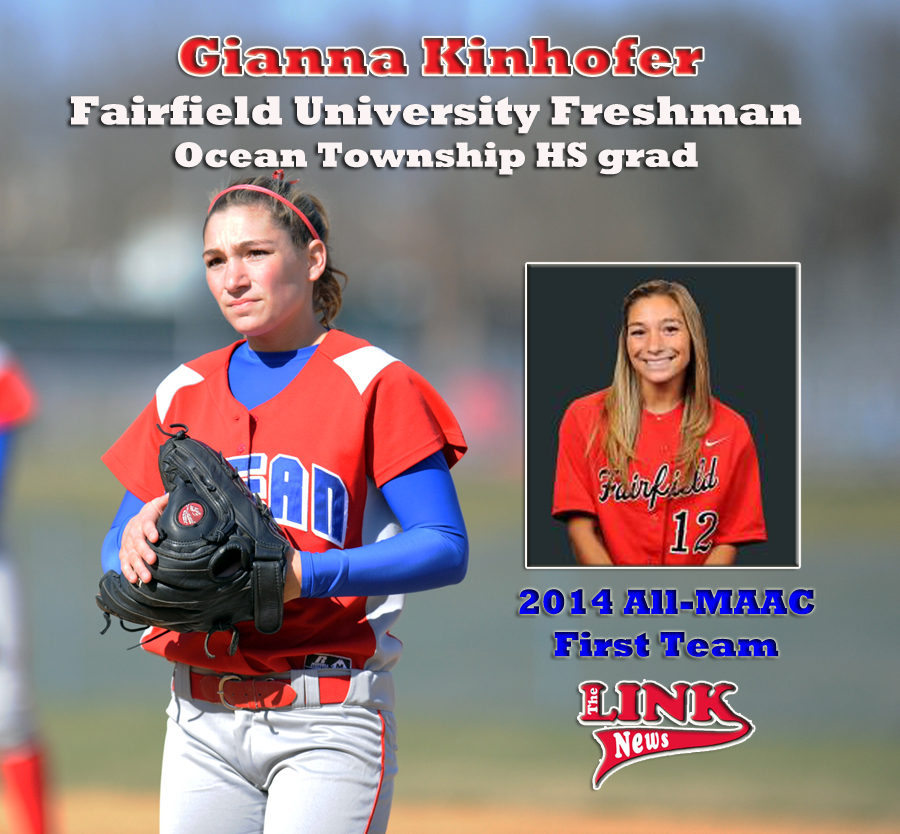 Congratulations to Gianna Kinhofer, freshman at Fairfield University and a graduate of Ocean Township High School, for making the 2014 All-MAAC First Team in softball.

As a member of the Fairfield Stags, Kinhofer played the infield, primarily shortstop. But she has incredible skills and desire which allowed the Fairfield University coaching staff the ability to play Kinhofer in a variety of defensive positions. 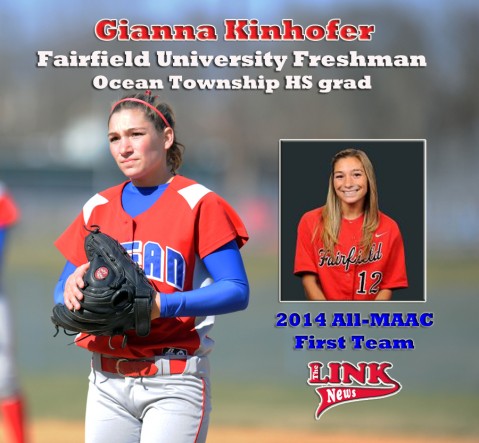 During her last year at Ocean Township High School Kinhofer was captain of the Spartan softball team. She was a two time All-Group player as a sophomore and junior. As a senior, Kinhofer went into the circle as the team’s pitcher.

Kinhofer was named to the 2014 Metro Atlantic Athletic Conference First Team as the designated player. This season she had a batting average of .317 with 101 at bats getting 32 hits, four doubles and three homeruns and 19 RBIs.