No takers, no bids on old school buildings 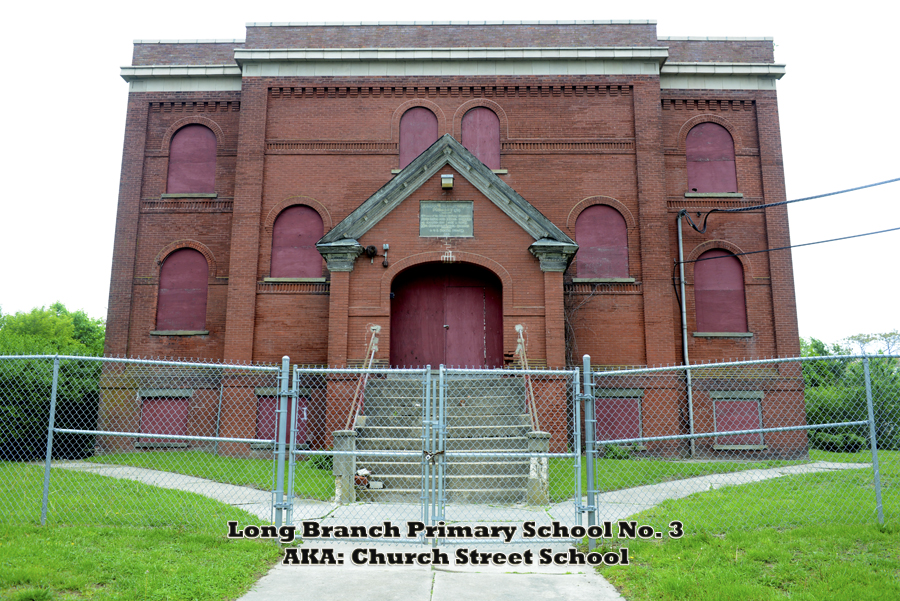 Long Branch – Two of the oldest buildings in the Long Branch Public Schools inventory were advertised for sale, but Michael Salvatore, Superintendent of Schools, said not a single bid was made.

Salvatore made the announcement during the May 21 Long Branch Board of Education public meeting held at the Long Branch Middle School. The two buildings marked for sale on May 14 were the Church Street School in North End and the former Star of the Sea Learning Annex in the center of the city.

This was the second time that the district put the two buildings up for sale. The first was back in January and it also had no takers. Salvatore asked the board for permission to allow him and Peter Genovese III, school business administrator, to begin negotiations to try and sell the properties.

Both buildings are very old and in need of expensive repairs, which the district is not planning on undertaking. The problem with selling the Church Street School is that many years ago it was placed on the National Register of Historic Places. For developers that creates a multitude of construction issues.

Church Street School was built in the 1890s and is only two blocks from the ocean. However, part of the interior has collapsed and it has been untouched for decades.

Star of the Sea Learning Annex also has some site issues. Located at the intersection of Second and Chelsea avenues, the building does not offer much parking and also has some issues with the interior.

Salvatore had stated that he does not want to be in the business of owning closed schools. At the close of this school year the district will have a few other closed buildings to deal with. West End School is closing in June, and a reported $3 million sale of that building to a religious group fell apart two months ago.

Students of the West End School will be attending the new George L. Catrambone School which will open in September in the Elberon section of the city. The GLC School will be one of the largest elementary schools in the state.

Salvatore plans on a massive restructuring of the district this summer. The JMFECLC and the Lenna W. Conrow School and the Morris Avenue School will be for Pre-K to Kindergarten. Long Branch will then have three elementary schools with GLC, Gregory and Amerigo A. Anastasia. Then the Middle and High Schools will round out the sites.

Currently the district rents classrooms from Holy Trinity which it uses for the Alternative and Challenge programs. However, part of Salvatore’s concept is to move those students over to the Audrey W. Clark School on Garfield Avenue, as those students will also be attending the new GLC School. Salvatore said that the AWC School has been renovated over the past few years and is in excellent condition, and does not want that building to sit idle.

But those are not all the buildings the district owns. Its administrative and board offices are located at 540 Broadway, which also has several classrooms. Hand in Hand is a program for students who have had babies and want to continue with their education. The building is located on Myrtle Avenue and during the day the staff looks after the infants and youngsters while their moms are in school. After a normal school day those young mothers go back to the building and get lessons and advice on parenting.

That leaves two other buildings owned by the district, and both of these are vacant — the old High School and the former Pupil Personnel Services house, both located on Westwood Avenue. Salvatore was hoping to use the money of the West End School sale to start fixing up the old high school, which received extensive damage during the construction of the new High School.

The plan was for the state to knock down all the additions added to the old high school and then conduct asbestos abatement. However, the contractors that conducted that project completely destroyed that building. Salvatore has been arguing with the state for years on who is responsible to fix it up. Estimates have run from $6 to $10 million to restore that building.

So to sum it all up, in June the district will have the old High School, West End School, Church Street School, Star of the Sea Learning Annex, PPS Building on Westwood Avenue all vacant and unused. Once the students move out of Holy Trinity classrooms to the AWC School, the district will still have a year left on that lease of those classrooms.

Of that list, only the old High School and PPS Building are not for sale.